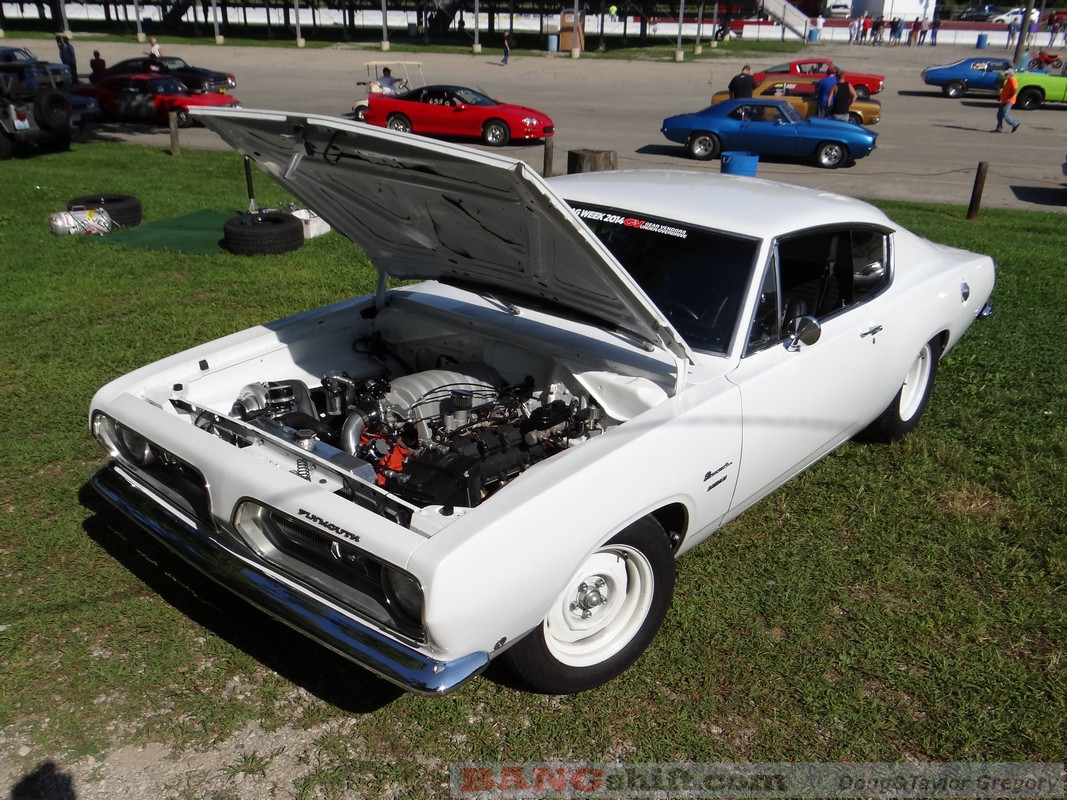 (Words and photos by Doug Gregory) – We were at Edgewater Sports Park for another Hot Rod Drags organized by Cincy Street Rods.  This is an event that has been going on a long time and is an enjoyable time.  There’s a swap meet, drag racing, and a car show all in the historic setting of Edgewater Dragway in Cleves, Ohio.  The show usually has a bunch of muscle cars and we saw an abundance of them at this event.  There’s also plenty of rods, classics, and such to gaze upon and admire.  We usually browse the cars at the show a bit then swing through the pits to check things out before settling in the stands to watch some racing.  We’ll eventually make that same loop through everything at least a couple more times until we think all has been covered.  Just like any other event, we still miss something.

Mentioning a few of the things you’ll see in here:

CLICK THE IMAGES BELOW TO EXPAND ‘EM AND THEN SCROLL –

Orange County Cruisin' For A Cure: Our Wall To Wall Photo Coverage Continues Three Airbags, One Wheel, One Civic, And A Lot Of Unused Brain Cells Resulted In This Video

One thought on “Edgewater Hot Rod Drags Coverage: Photos From The Huge Car Show At The Event”