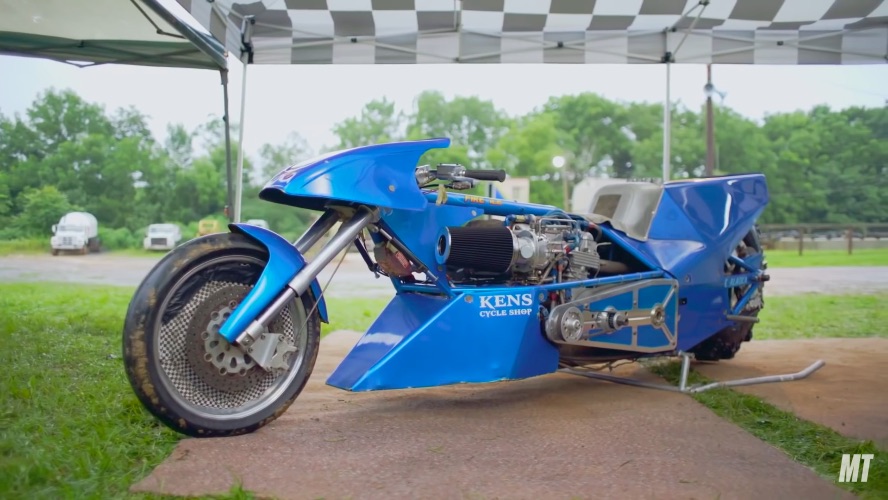 When we were scheming ideas up about what we should do for the second season of Put Up or Shut Up, I pitched the idea of a top fuel dirt motorcycle drag racing episode. After people figured out I was not making that sport up, everyone involved went to work. We found riders, motorcycles, and a killer little dirt drag strip in Pennsylvania to get the job done. Let’s just say that things got more complicated from there.

Between the weather, parts breakage, and the general nature of doing anything with nitromethane, this episode has a few twists and turns that we did not see coming. It was an honor to feature the motorcycles and the sport in all of its glory and insanity on this show. You’ll see an injected nitro burning V-twin taking on a former asphalt top fuel motorcycle with a supercharged nitro burning four cylinder engine. That bike has connections to the famed Elmer Trett, one of the greatest nitro bike racers of all time.

Rather than give away the plot here I’ll just tell you to sit back, relax, and watch a couple of really talented riders thrash, haul ass, and have fun on the dirt under threatening skies. Watching the G-meter graphs on these things are wild. What a sport!

One thought on “Put Up Or Shut Up: Watch The Full Episode Featuring Top Fuel Dirt Motorcycle Racing!”