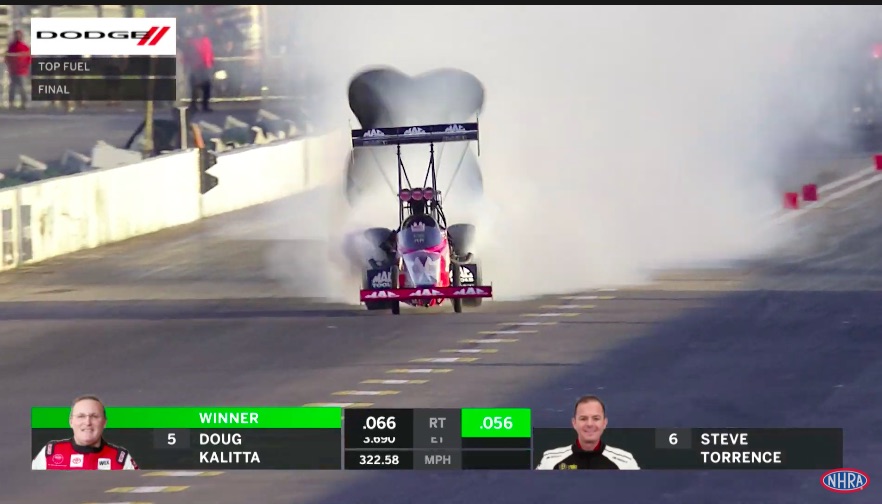 Yesterday we told you about the insanity that was Sunday at World Wide Technology Raceway and the Mopar Expresslane NHRA Midwest Nationals. Today we’re going to show you the final round runs of Tommy Johnson Jr and Doug Kalitta who claimed victory in the nitro funny car and top fuel categories respectively. Both guys needed these wins badly to keep their hopes for a 2020 NHRA championship alive.

For Tommy Johnson Jr, a couple of early round exists over the last few races kicked him down a notch or two in the points and with Jack Beckman and Matt Hagan both still going strong, it was do or die time for the MD Anderson Cancer Center crew. They delivered in electrifying fashion against team nemesis Hagan in an awesome final round that saw Johnson reinsert himself into the three way donnybrook that is the funny car championship hunt. It was a great final.

For the top fuel final, Doug Kalitta and Steve Torrence squared off. Torrence took the points lead from Kalitta at the Gatornationals and was seemingly primed to run off with it after Leah Pruett suffered her horrendous crash and he kept clicking off round wins. Kalitta and team have scuffled the last couple of races which left the door open for the CAPCA contractors team but in the fashion of their team owner, the Mac Tools team was clearly not ready to stop fighting.

Coming in with a performance advantage, Kalitta was favored here. Richard Hogan, crew chief for Torrence told Bruno Massel in the pits tat he was making drastic tune up changes for the finals in an effort to blunt the hard charging Kalitta. As you will see it was Doug who got the win and who pulled back to nearly dead even with Torrence in the points.

The pro stock and pro stock motorcycle categories were stopped after round two due to the winds and the low temperatures and cars getting very loose on the top end. Those classes will be completed at one of the three remaining events on the 2020 schedule.