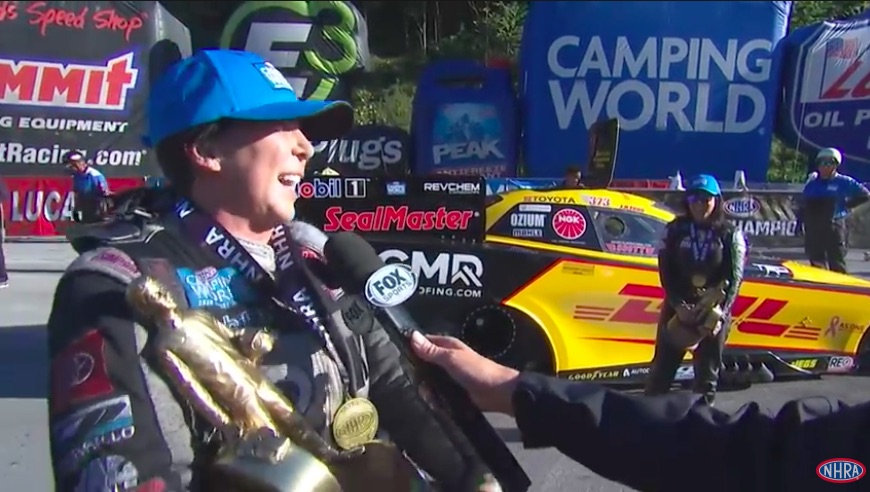 Going into the 2021 NHRA Thunder Valley Nationals, there was a lot of questions. NHRA competitors had never run Bristol in the fall so the tuneup data available was thin to say the least. Add in the fact that Bristol has a drag strip surface that really makes the teams work to get the tune right in the typically soupy air of June, and finally throw in the championship chases and you’ve got a lot of interesting storylines.

As it would turn out, Alexis DeJoria, Angelle Sampey, and Mike Salinas did the best job of navigating the track and their teams did the best job of setting up their cars. The result? Victory for all three! The win for DeJoria is her first in four years (2017 Brainerd). Angelle moves into the number two spot in pro stock motorcycle points and is within spitting distance of Matt Smith. Finally, Mike Salinas picked up his first win since the 2019 running of Bristol. He loves the place and has been driving his top fueler with more aggression and skill than we have seen all year.

It was a great weekend, unless you were a top fuel engine. Man, there were some hemis destroyed in the first round. Spencer Massey grenaded one so hard it blew the valve covers off! You’ll see that tomorrow.

One thought on “Winning: Final Round Action Videos From NHRA Bristol – See DeJoria, Salinas, and Sampey Collect Their Wallys!”