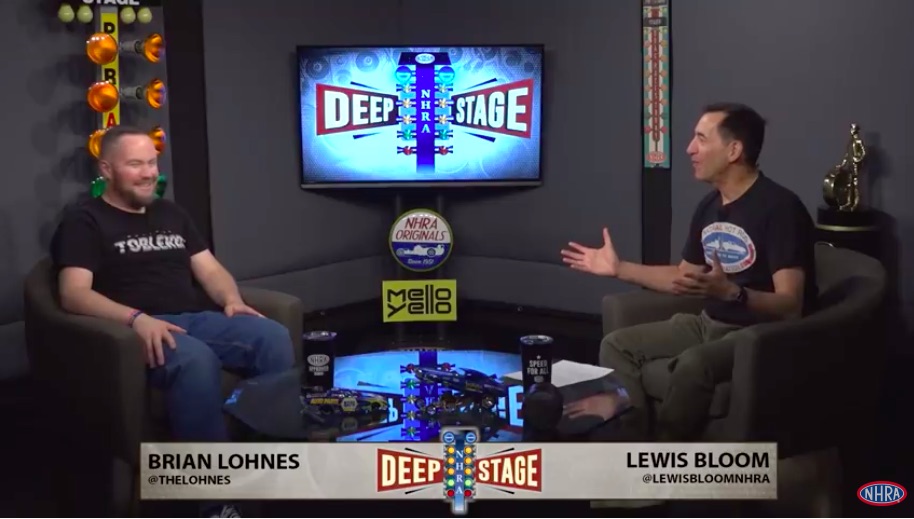 It’s always fun to try something new, right? Well that’s what Lewis Bloom and I did while I was out in Southern California preparing for the 2020 NHRA Winternationals in Pomona. We jumped into the Wally Parks Studio and made a new show called “Deep Stage with Lewis and Brian”. This is a drag racing chat/debate show where we discuss the major topics in the sport, the controversies, and we freely share our opinions on them. We’re also joined by Whit Bazemore, former funny car racer and a guy who has never shied away from sharing his raw and honest opinions on drag racing, the NHRA, and his fellow competitors.

Some of the stuff we talk about is the reunited team of Antron Brown and Brian Corradi, Steve Torrence and how fans will react to him, Ron Capps and his pre-season fire, as well as other stuff that has come up in the off-season. Credit where it is due here because we’re not censored on topics or our opinions so you’ll hear some stuff on this show that may surprise you from all of us. That’s what makes it fun.

If you dig drag racing and like to dork out on it like the rest of us, give this thing a peek. People are digging it so far for sure.

Cubes Are Good: Watch This 441ci LS7 Make 612hp At 6,500RPM On The Dyno Flying Brick! This Beater Volvo Has Hacked Fenders, Nitrous, Upgraded Wheels And Tires, And A "Baja Bar". That Makes It Invincible, Right?