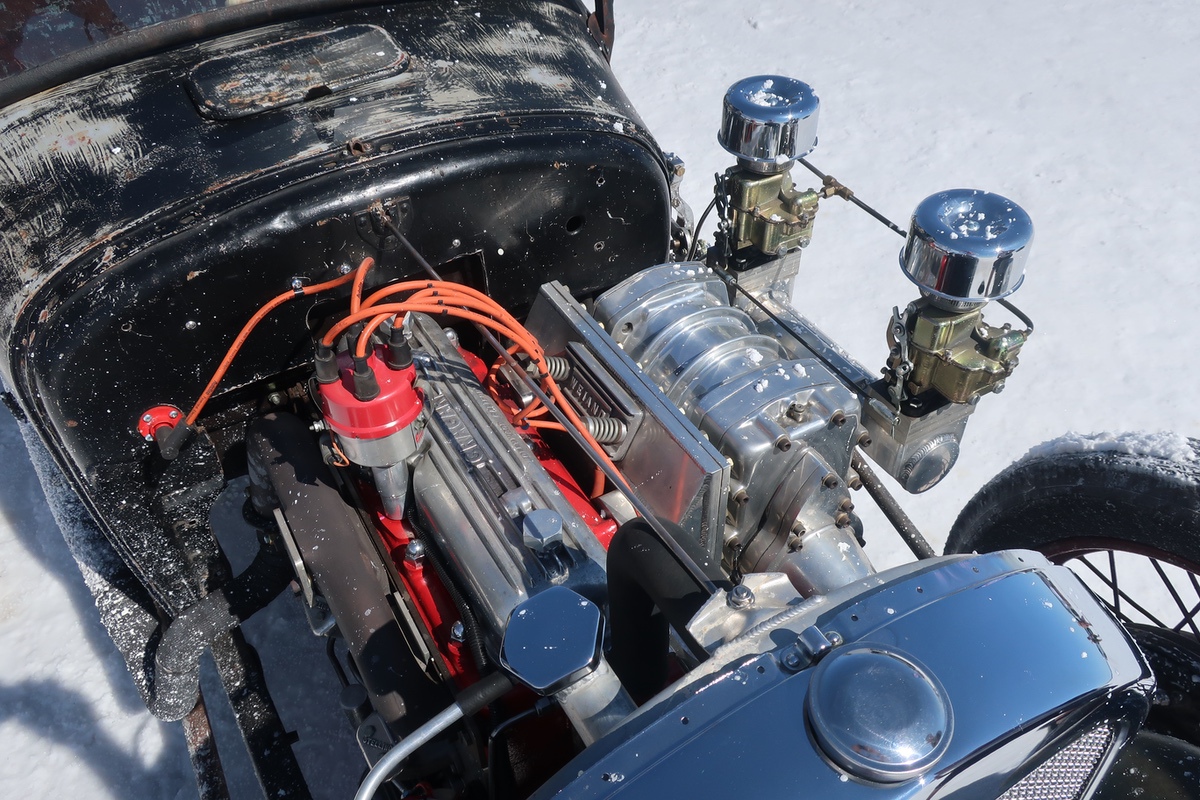 There’s lots of stuff that stops us in our tracks at Bonneville, LOTS but even among the jaw droppers there’s a hierarchy. As Chad and I were cruising the pits on a quiet Monday we spotted a Model T with what appeared to be a weird engine in it. No, this was not a weird engine, this was a brilliant engine that sums up all the good stuff that some people claim is gone in hot rodding. No, this is not some overdressed modern four banger, not some weird pretender engine. No, this is functional and well engineered art.

This is a Model T four banger with a Cragar OHV head on it and a little 4-71 Weiand supercharger hanging off the side. It appears that all of this stuff is period and not-repop. Yes, there is a load of modern fabrication in the intake manifold, the mounting plate for the blower, and some of the other elements, but the hard parts themselves seem to be legit from a LONG, LONG time ago. The Cragar valve cover has the Hollywood, California city name on it which re-pop versions do not have and that’s kind of what we are going on.

Many decades ago, this would have been one of the baddest sons of guns around, on the salt or the streets. Taking the 20hp engine and converting to the expensive for even then overhead valve head was a big deal but adding the blower? Boy Howdy!

The owner of the car was not around when we saw it. If he (or she) was we’d have grilled them pretty hard on the details. Suffice it to say, we were in love from the moment we saw this thing. It has to be a hood to drive. Oh, and the rest of the car is period as well. There’s not a T-5 or anything hiding behind this engine. All old stuff! 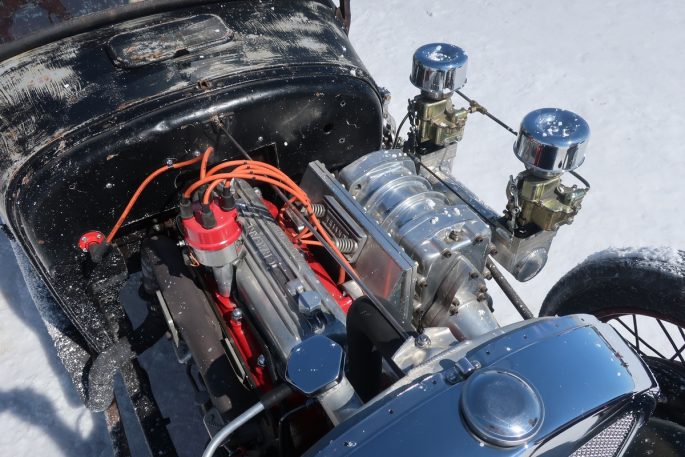 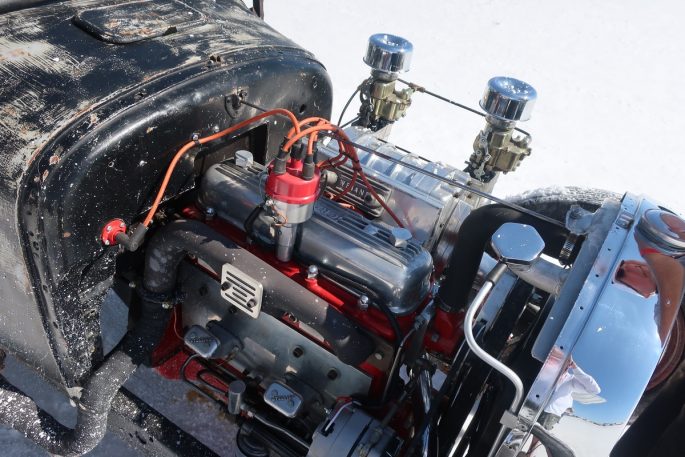 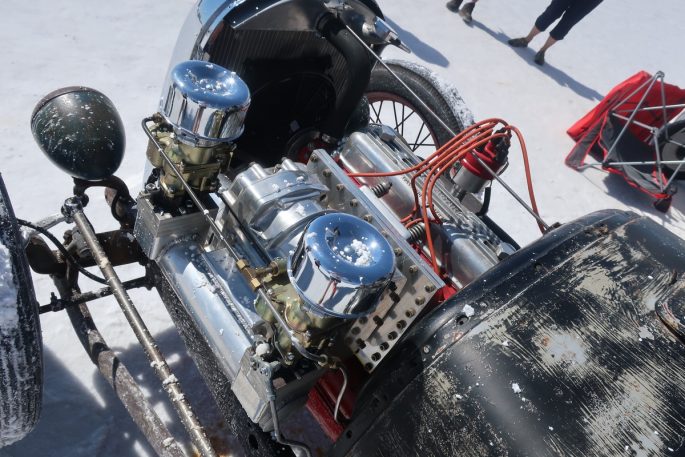 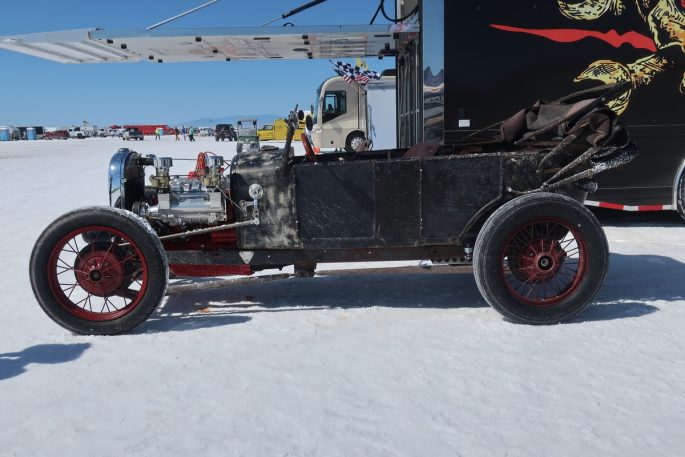 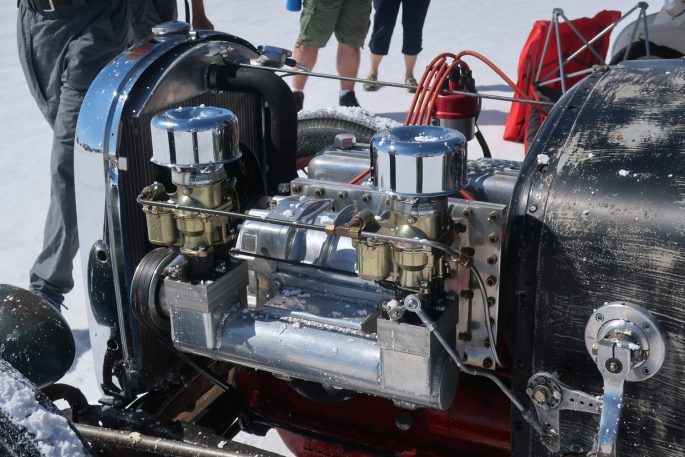 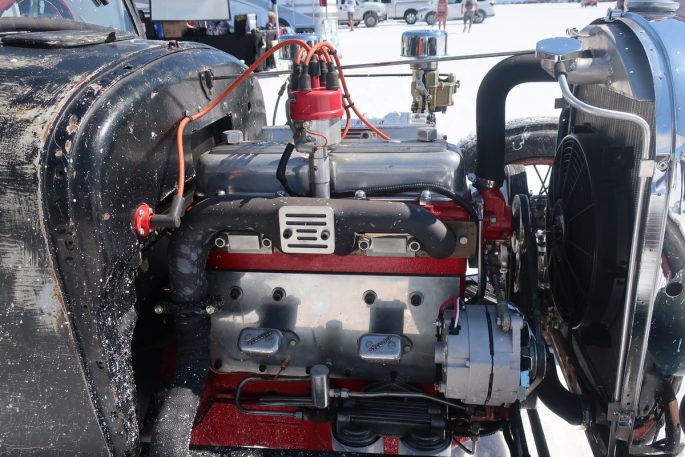 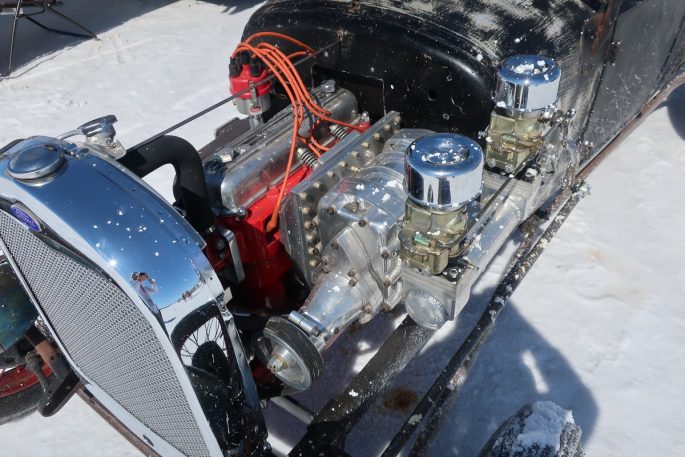 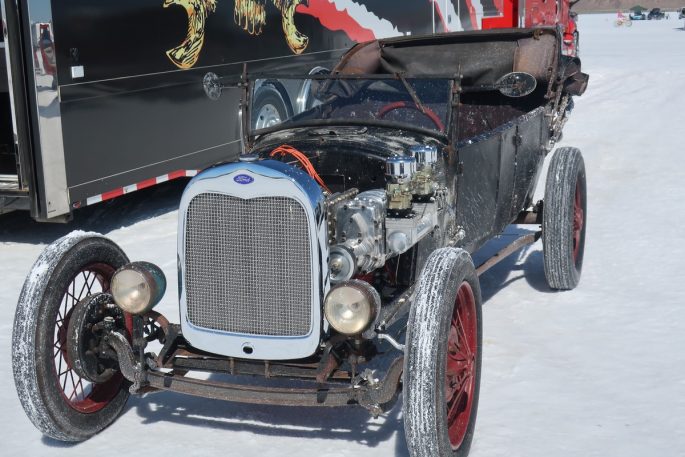 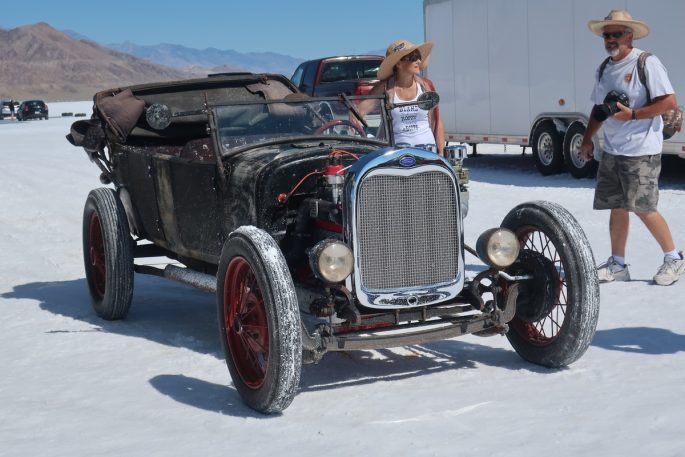 2019 Danchuk Tri-Five Nationals: The Wilder Side Of The Classic Chevy Program Comebacker: This Pontiac T1000 Has Been Prepared For A Small Block Chevy - Prepare Yourself For It!

3 thoughts on “This Ford Model T Had The Neatest Engine We Saw At Bonneville – Superchaged, Cragar OHV Head, Amazing!”