Video: This Freaky Straight Eight Is Blown And Beyond Comprehension On Some Level 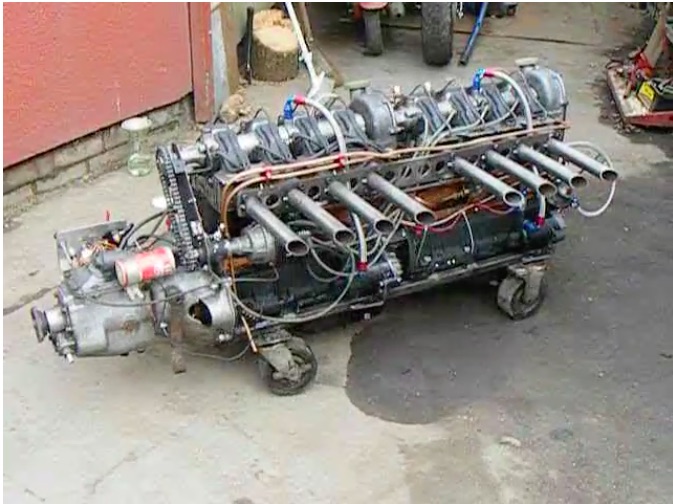 We were looking for information and videos on a particularly old straight eight engine the other day and what we found was this! You are looking at a pretty old video by modern standards. This one was made almost 10 years ago, so it is practically from the Iron Age. The video shows the weirdest and coolest homemade straight either engine we have ever seen. Combining two NSU four banger car engines with a GMC blower, and the distributor off of a Rover V8 gets you this program, which apparently ended up in a massive trike of some kind. Seems legit.

While the horsepower created by this thing is likely not a ton, perhaps 250 or so, the look, the sound, and the thought process behind it is amazing. Because of the blower, the engine sounds a lot more hairy than it otherwise would have and while it gets a little buzzy when the revs come up, at idle it sounds like damned airplane engine!

The use of copper and other metals on the engine for brackets and stuff like that gives the whole thing a steam punk feel to some degree as well. This is a cool piece and now we’re going to find the trike it went into because we’ve got to know not only where it ended up but if it is still running!