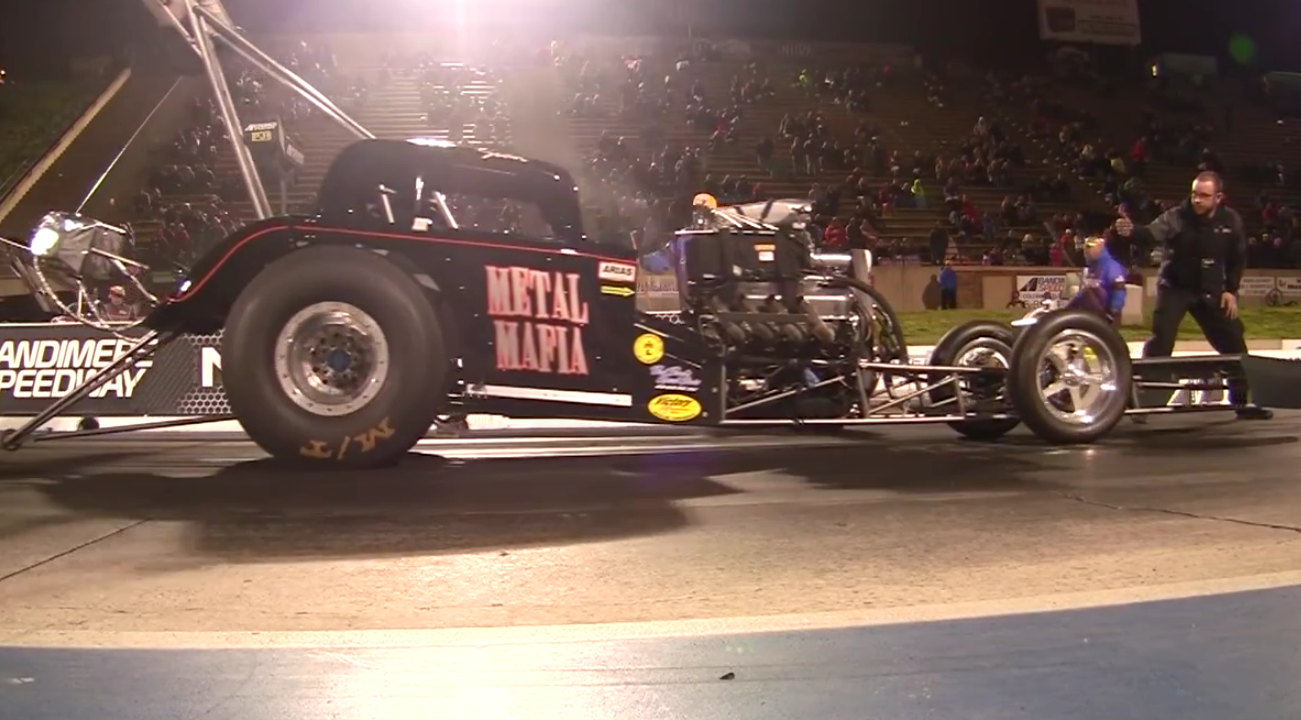 Sean Belt, a longtime fuel altered racer put together a team that has become known as The Metal Mafia. A short documentary on the team and their trip to one of the coolest tracks in the country, Bandimere Speedway in Morrison, Colorado was created as the team was booked in for a match race event, Night of Fire and Thunder, and the film follows the team as the battle some fellow nitro cars in a laid back match race environment.

The video is especially cool because it gives an honest insight to Belts intentions and feelings towards drag racing without any media or sponsors to answer to like the pros on ESPN sometimes play to. From Belts thoughts on wanting to race competitively but a lack of organized altered competition forces the team to run more match races and single events, to what it feels like to be able to sign a souvenir for a smiling young fan, as well the challenges that come from running in such extreme altitude. This is a cool short by Jake Simmons a.k.a. “TheNitrohaulic” on youtube.com that has incredible shorts atop the mountain in Colorado, and great coverage of the team and car from multiple views.

(Editor’s note: These guys rule pretty hard. That is an all iron big block Chevy on a TON of nitro and we give them all the credit in the world for what they are doing, which is running an AA/FA the way they want to and they are doing a damned good job at it. This film is fantastic.)

Check out the behind the scenes of the Metal Mafia: