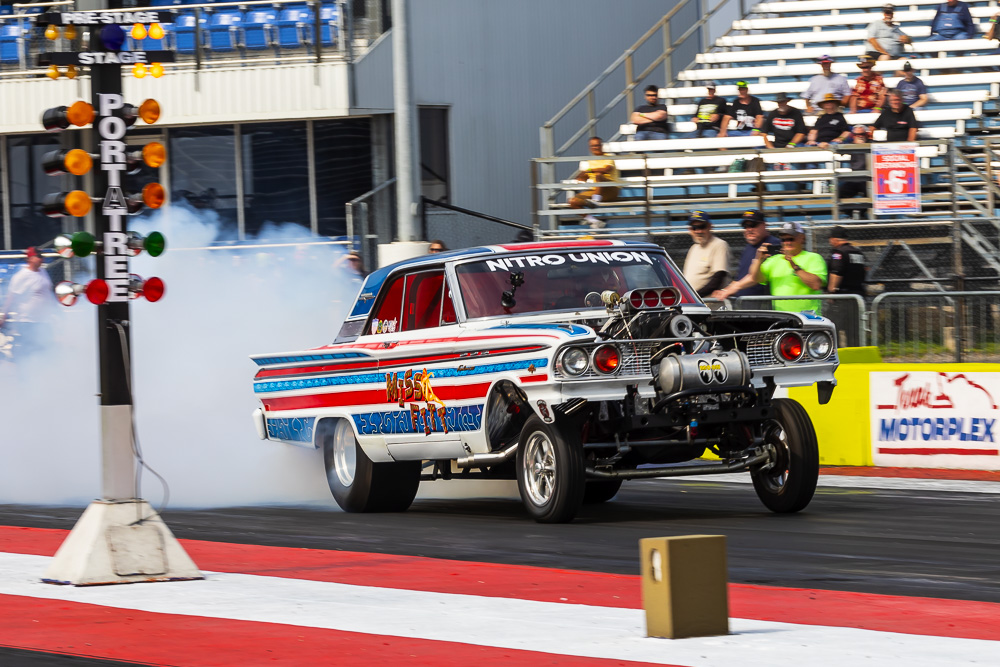 (Photos by Wes Allison) – A man cannot live on funny cars alone, right? Well if that man has 70 of them at his event he can, but if that man is Chris Graves, 70 funny cars ain’t enough. The funny car chaos founder and organizer added a gasser and A/FX style class to the fun and as you will see, these guys and girls were not messing around. Some truly magnificent cars on display here boiling tires, leaving with the wheels up, and delighting people on the grounds and those watching online.

It only makes sense that a crowd hungry to see every different type of funny car known to man would embrace straight axle Anglias, Falcons, altered wheelbase Pontiacs, and all the other wacky stuff below. After all, funny cars had to come from somewhere and the gassers contributed with the technology of high performance automatic transmissions for drag racing and the A/FX cars were of course part of the straight line evolution of the cars into what we know them as today.

Hit the images below to expand them and then scroll on to see them all – Killer Cars!

One thought on “Funny Car Chaos 2021 Action Photos: The Gasser and A/FX Style Class At The Event Brought Wheelies and Awesome Cars”