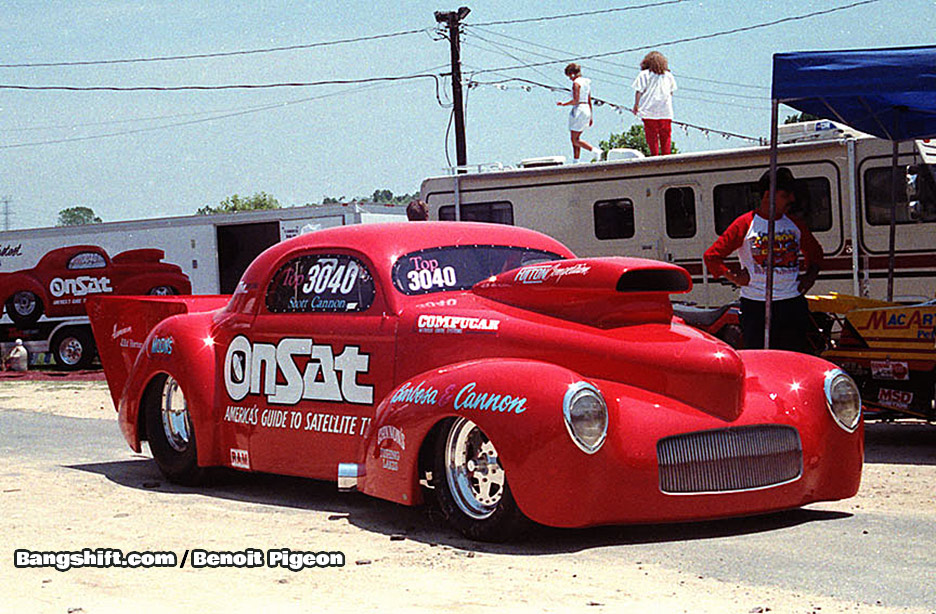 The seeds of today’s Pro Mod class were beginning to sprout during the late 1980s and early 1990s when enterprising Top Sportsman racers, primarily on the east coast began to build faster and fast cars and run them heads up instead of in the traditional Top Sportsman bracket formula. Little did they know that their actions at the time would birth the world of five second multi-thousand horsepower cars that we have today. As you will see in these photos, which were taken at Shuffletown Dragway, Atlanta, and according to Benoit a few are from Lancaster, NY. Anyway, you are looking at some of the tap roots that fed the ever spreading Pro Mod tree in the 1990s.

Some things to look at here. Firstly, the photos of Walter Henry working on his car in the pits is so flipping awesome we can hardly stand it. You’ll see that Henry’s car is the only one in the gallery with a blower on it. That was normally the case for Walter when he showed up to races in this era because the class was absolutely dominated by nitrous oxide. Obviously today the class has multiple engine styles but back then it was virtually nitrous or bust. Henry’s efforts to shepherd the supercharged combo in these days need to be recognized because he was on a virtual island. It was a big deal back when Scotty Cannon made the move to a blower car, akin to Dylan picking up an electric guitar, it sent shockwaves through the door slammer world when it happened years after these photos were taken.

One last point before I defer to Benoit’s thoughts on his photos. This is my nostalgia drag racing. As a guy in his early 40s, these cars were super important in my falling in love with the sport as a kid and seeing these photos gives me the same feelings that older guys seeing stuff at Lions or wherever must get. Hell, there will probably be nostalgia pro mods at some point that hark closer back to where it all started. There’s nostalgia everything else and how awesome would it be to see a Walter Henry (who died in a racing accident) and Scotty Cannon period style pair battling it out on a track near you?

Here is my little collection of images of early days of Pro Mod. In fact you will see many cars were still Top Sportsman – TS – as Pro Mod did not ofﬁcially exist yet. Images here were shot at Shufﬂetown, NC, Atlanta and the later ones ofﬁcially PM were taken upstate NY. They are not in any order and were more like snaps taken with Minolta all manual camera. Some shots are pretty bad, yet I think they are great at showing the surroundings and how things truly were at the tracks back then.

Shufﬂetown particularly was quite unique and charged with tremendous passion. Even coming from overseas, I could tell something was happening. I know the two shots of the little tower and the track sign are going to remind some good times for some if not more than the pictures of cars themselves. And check out Cannon’s single parachute and suicide doors on the Willys!

Some images have been seen before but this is the ﬁrst time this many together. 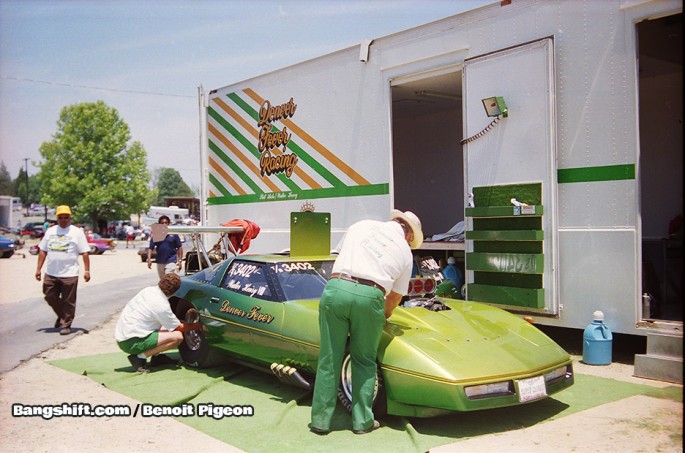