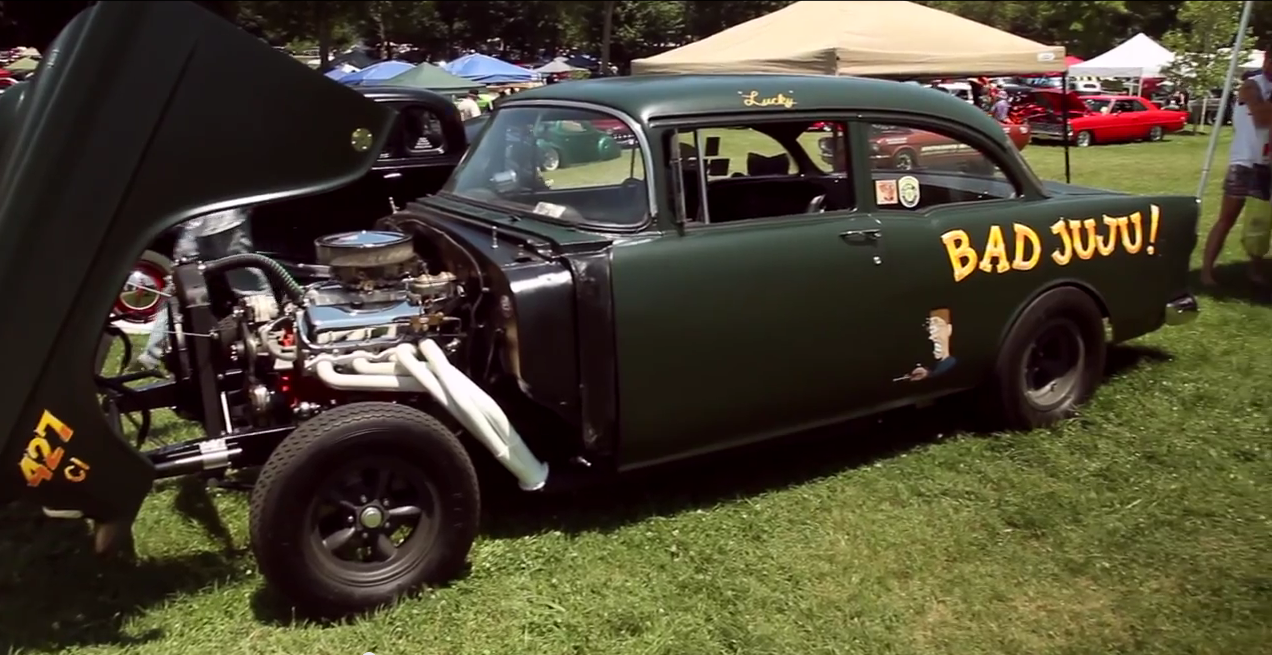 The guys at Holley shot a TON of great video shorts at the 2013 Holley NHRA National Hot Rod Reunion in Bowling Green, so many that they are still rolling our fresh material and this one just caught our eye. The video features a 1955 Chevy done in the gasser style and it was built by Lance Yoakem at his home shop in Georgia. Lance fabbed up the front suspension and motor mounts himself, slammed a 427 in the front of the car, topped the mill with some real Winters foundry “snowflake” GM aluminum heads and feeds it fuel with a Holley 850 double pumper. The motor has 13:1 compression and a whole bunch of camshaft, which is certainly doing it right in our book. The transmission is a beefed up T10 and the rear is a GM 12-bolt.

We like Lance’s car because it doesn’t go into “cartoon gasser” world where everything is a little too much. You know what we mean. Too much height in the nose, too much going on with the paint, and too many doodads here and there. He’s got real 1960s era magnesium Torque Thrust wheels on the back and since he couldn’t find a set of skinny magnesium Torque Thrusts he took a modern set and made ’em look like the rears. We think that he did a fine job of it.

We’d love to cruise a car like Lance’s and we’d especially love to hammer through the gears on a drag strip. While he was in show mode at the Holley NHRR, we’re sure that Lance will find his way to a strip sometime in the future with the ’55. He’s obviously got some drag racing history as you’ll learn in the video and the cosmos won’t quite be right until he puts that thing on the asphalt aisle and let’s ‘er ripe through all four gears. That car would look bitchin’ in any gasser eliminator at any nostalgia drag race across the country.