Action Gallery: Flying Mud And Much From Dirty Gras 2014 In Crosby, Texas 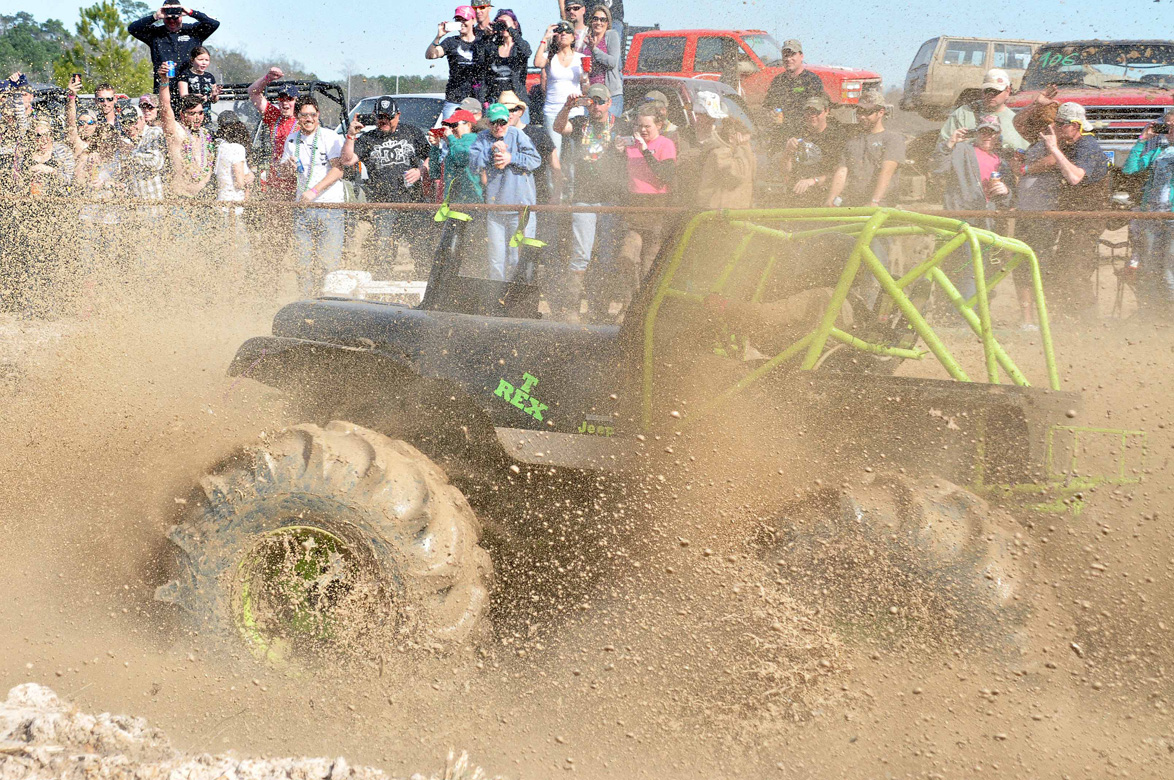 (Photos by Charles Wickam) – While most of the rest of the country froze like popsicles the off road crowd in Crosby, Texas had a weekend of fun at the Down South Off Road Park. Our own Charles Wickam was on hand to take in the action and blast photos galore of the trucks running in the mud drags, slogging through the mud bog pit, and others literally climbing all over each other in the pits. Down South Off Road park is a 700 acre facility that has trails and all kinds of fun stuff for off-road enthusiasts. Dirty Gras was the aptly named event last weekend and Charles sure got his fair share of dirt as you will see in these photos. There was serious muck and mire flying everywhere! Charles blasted so many photos we split them into two groups, this being the first.

We dig the range of iron you’ll see here. The mud drag trucks are all business with bodies draped over roll cages. Short wheelbase rigs and big block engines ruled the day. One thing that is very neat is the fact that a bunch of these racers were running AFCO coil over shocks on their trucks. As insane as it is to say, there’s as much thought and tech involved in the setting up of a mud drag truck suspension as there is a asphalt drag car. It is all about keeping that tire in contact with the surface and under control. If you think that is hard to do on a smooth track, try to do it on a rutted dirt course!

The mud pit was dominated by absolutely giant rigs. The Jeep shown below in full kill mode was our favorite from this set of photos. You’ll see equally humongo pickups and rigs as well. Yes, there’s a TRAR or two to be seen in here and plenty of other fun things to gawk at. Charles said that he had a great time at the event and looks forward to picking more dirt out of his teeth soon. Click the link below to see his photos! 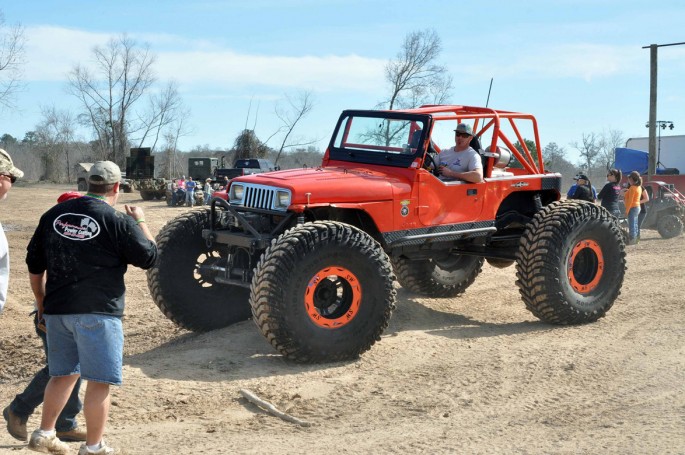 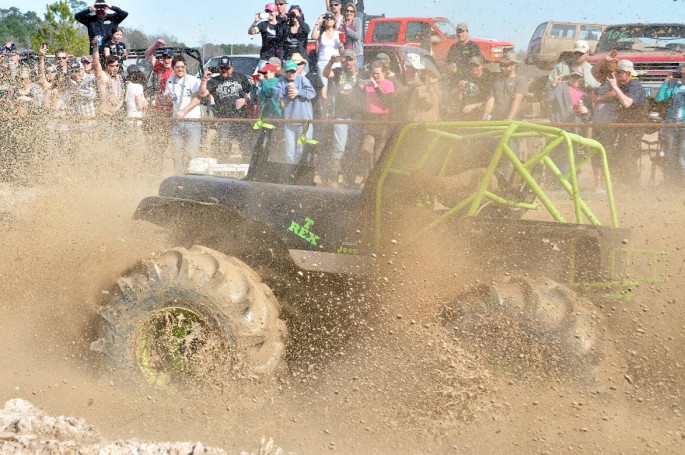