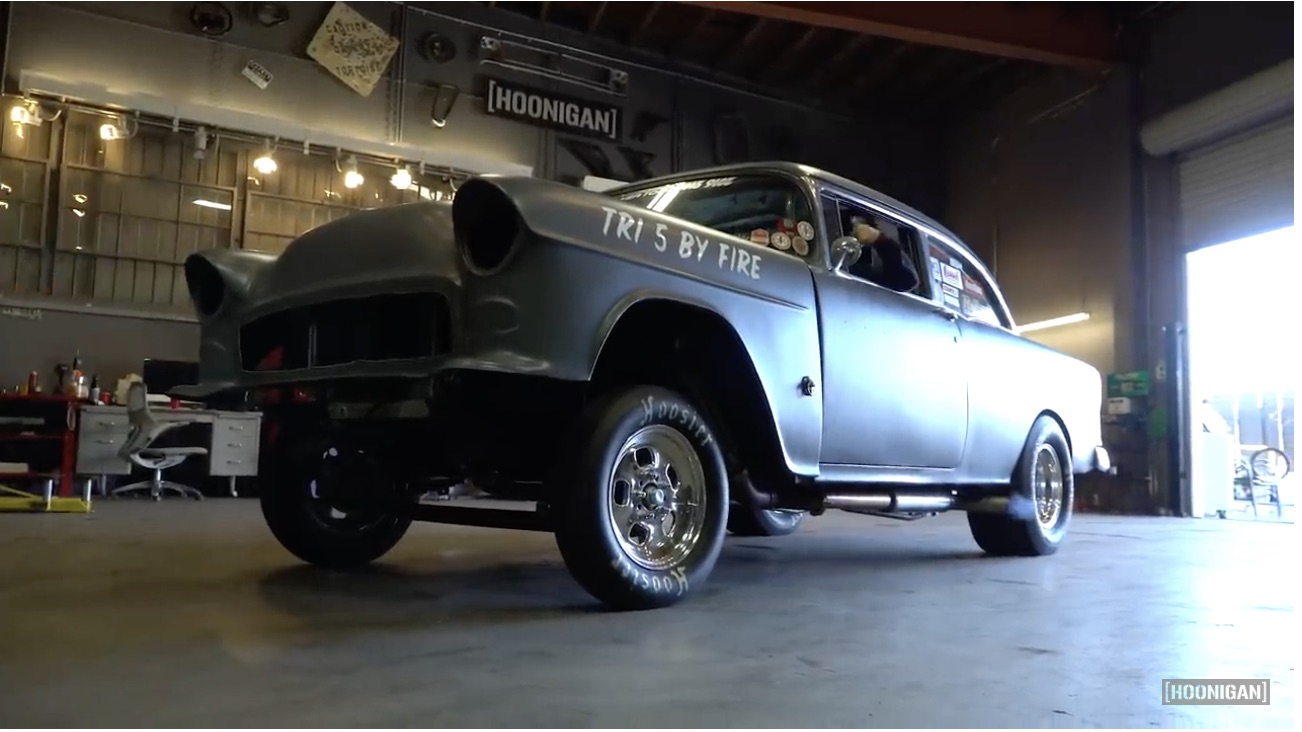 He lost the race, he lost his beard, but in no manner does that mean that the “Tri 5 By Fire” 1955 Chevrolet owned by Jon Chase is a loser. Luck just bit him in the ass when the timing couldn’t have been worse, and if you haven’t followed the Kall Out Kings series of videos that led up to the NHRA Winternationals at Pomona, you’ll know that it genuinely could have gone either way…Finnegan’s luck wasn’t any better. But the race is done, the results are known. And there’s a good chance that most of you know the story of his Chevrolet, “Blasphemi”…it’s well documented.

But what about the story on Chase’s car? That’s where this video comes in. You’ll get to hear the story of this car from the moment that it was found, on cement blocks, blown apart, half-restored, shot and more or less abandoned. You’ll get the story on the engine, the one the car was supposed to have (and maybe a little on the junkyard hero block that was shoved in to keep the car moving after the actual engine started making bad hammering noises), and you’ll get to see the ‘cage that had to be built for legality’s sake, fully NHRA legal and everything.

Check out the car now, and keep in mind: after he lost his facial hair, Chase challenged Finnegan for a rematch…loser gets the other guy’s car’s name tattooed on their body somewhere. Will next year be Chase’s revenge?