Go! vs Woah! – Les Mayhew Tackles The Great Debate Of Tradition Versus Progress In Nostalgia Racing 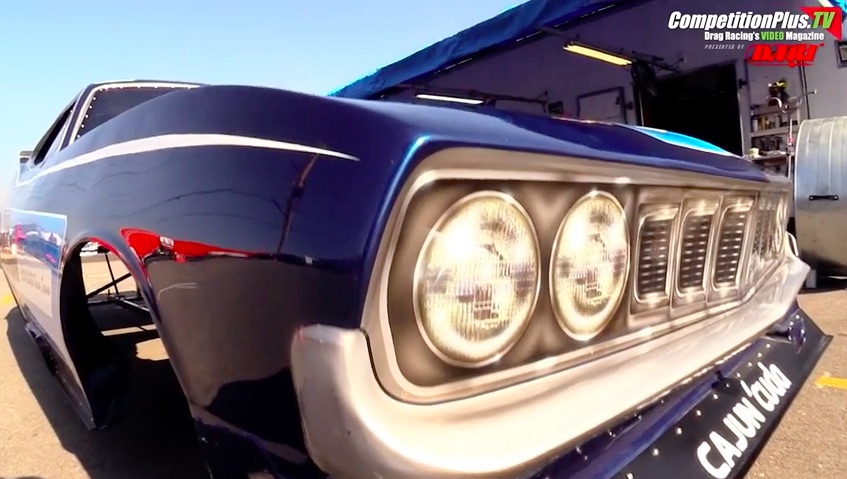 As you diehard BangShifters well know, we’ll be LIVE from the 2016 Good Vibrations March Meet at Bakersfield next weekend. That is one of the largest and most prestigious nostalgia drag races known to man and it also draws the cream of the nostalgia funny car crop out of the woodwork to compete. Anyone who has followed the nostalgia funny car world over the last few years knows that there has been a bit of a movement among some teams to move toward bodies that are more and more aerodynamic. The downside of that trend is that the cars look less and less like the machines that the class was originally designed to emulate. Les Mayhew has made a spectacular video that highlights this situation and he has titled it: Go! vs Woah!

If numbers are any sort of indication, the nostalgia funny car scene may have hit peak a couple of years ago when nearly 50 of the suckers showed up to the March Meet. As is always the case in virtually every class drag racing has ever had, a select few drive performances to a place where other feel that they can no longer compete and throw in the towel. We’re not blaming anyone here, it is the literal nature of the sport. Today’s crop of nostalgia nitro funny cars is at an interesting place in its evolution. Elapsed times and speeds have surpassed what anyone could have expected with the “movement” began years ago. So what happens next? Only time will really answer that question.

The most recent kerfuffle was a situation that arose with a car that is shown a bunch in this video. That machine is the Troy Lee Designs funny car of Ron and Ryan Hodgson. The Camaro body on the car is the most aero looking nostalgia funny car body that anyone had every seen when it rolled into the NHRA California Hot Rod Reunion last year. The shouting began immediately.

Les takes a very even handed approach to this one. We get to see the progression of the cars over the years, hear the opinions of competitors, and see what the whole nostalgia funny car scene has gone through over the years. As is usually the case, we’re in love with this video. The masterful use of old footage and scenes to get the thing rolling at the beginning will make any hardcore fan of the sport gaze with starry eyes. Les Mayhew crushes it again.

eBay Find: The 1972 Ford Ranchero From "Leepu And Pitbull" - If You Wondered Who Would Replace Barris, Wonder No More Scrapple, Your Guide To The "meh"-Worthy News! This Week: Keyless Volvos, GM Vs. Tesla, And More!

10 thoughts on “Go! vs Woah! – Les Mayhew Tackles The Great Debate Of Tradition Versus Progress In Nostalgia Racing”