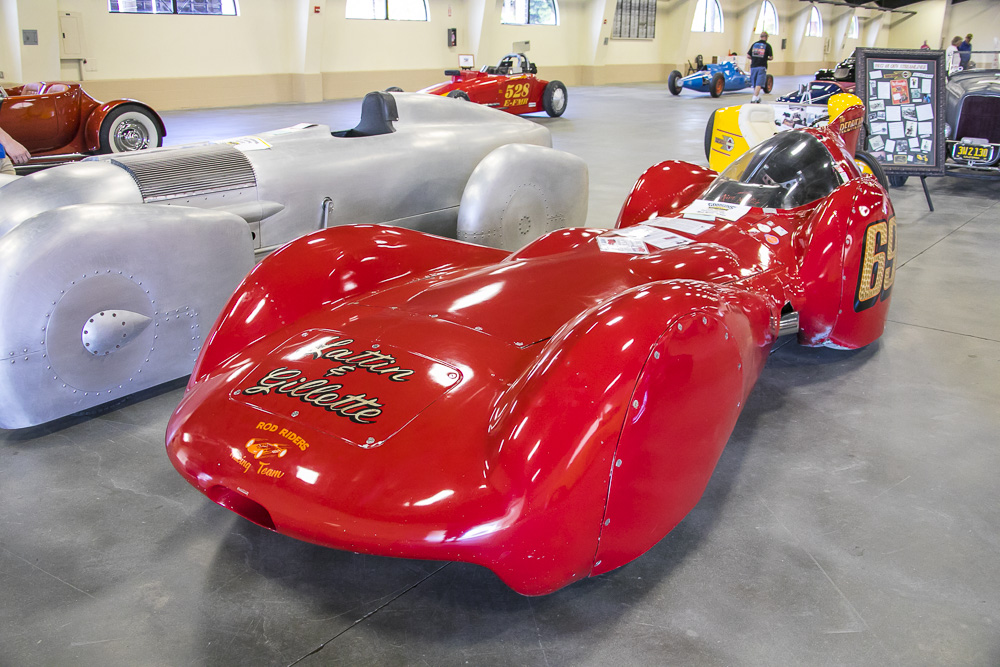 (Photos by Wes Allison) – We’re still a long way off from Bonneville Speed Week 2018 but the reality is that people are already thrashing hard to get their stuff done for this year’s antics on the salt. The folks at Goodguys know the role that land speed racing and specifically Bonneville has had in the realm of hot rodding and that is why at the Del Mar show they included an awesome building exhibit with land speed cars and bikes from a bunch of different competition eras.

There are modern streamliners which will be out there getting it done (or trying to) this year. Among the greatest streamliners of all time, the famed Redhead was part of the exhibit. This thing raced form the early 1960s through the early 1990s on the salt and set scads of records using all different types of engines. The shape of the thing is straight our of the sic-fi books but it worked and it had a racing career that show it to be competitive from the beginning to the end. You’ll see freaky competition coupes, neat roadsters, haulers, vintage and modern bikes and more in here.

If you are itching for time on the salt, it’ll get here. For now, check out the photos and all of the mechanical greatness the represent.

Click the photos below to expand them to see a great group of salt warriors!