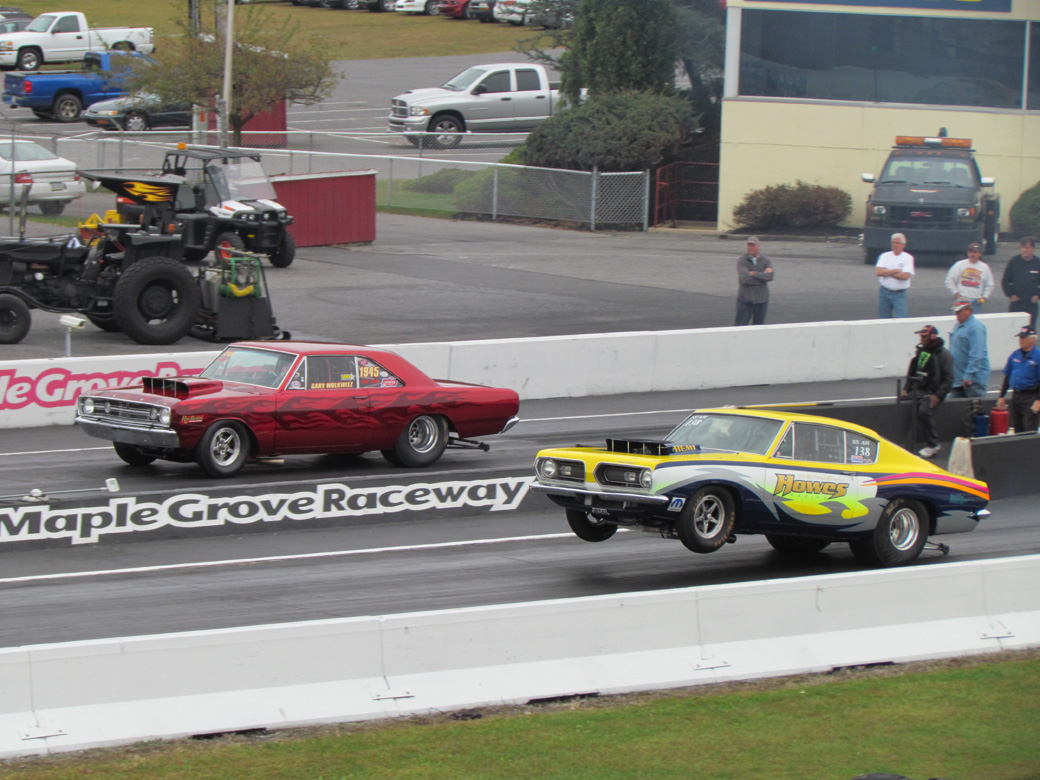 (Photos by Joe Grippo) – They are not the fastest cars in super stock. They are not the most complicated cars in super stock. They are not the loudest cars in super stock, but they are the cars that everyone at the track stops to watch in super stock. The SS/AH (Super Stock/A Hemi) machines are some of the most awesome show pieces in the drag strip arsenal and it is a treat to see one or two pop up at a race to compete in the super stock eliminator but it is an altogether different thing to see a gathering of them try to rip each other’s throats out during one of the handful of hemi challenge events that happen across the country each season. These events pit super stock legal hemi cars against one another in a heads up format, normally for a pretty decent cash prize. In this case, there was $10,000 on the line for whoever could best the entire field of hard charging elephant powered Darts and Barracudeas. That man was Gary Wolkwitz who defeated Bucky Hess in the final round when Hess red lit, handing the cash and the honors to Wolkwitz. Just as some icing on the cake, Gary motored to an 8.28/159.19 mph elapsed time and speed.

The shootout style format pits automatic and stick cars against one another, which makes it all that much more entertaining. Now, these cars are a far cry from what they were in 1968. We already told you that they can run very, very deep into the eights and they certainly were not doing that in the late 1960s. In may ways they have become the pro stock versions of themselves. We’re not complaining about it, but when you look at the chassis technology, the transmissions being used, the amount of R&D into the engines, the lifespan of stuff like valve springs and how often the engines are refreshed, they are right there with the pro stock contingent. Hell, Charlie Westcott Jr. believes that he can actually run a pro stock car for about the same money as his hemi car!

Joe Grippo was on the scene for all the action and this is the first of two galleries we have featuring shots from the Hemi challenge at the Dutch Classic. The cars are awesome, the personalities are awesome, and this class of thoroughbred super stockers makes everyone stand up and watch each time they are called to the lanes. Long live the hemi cars! 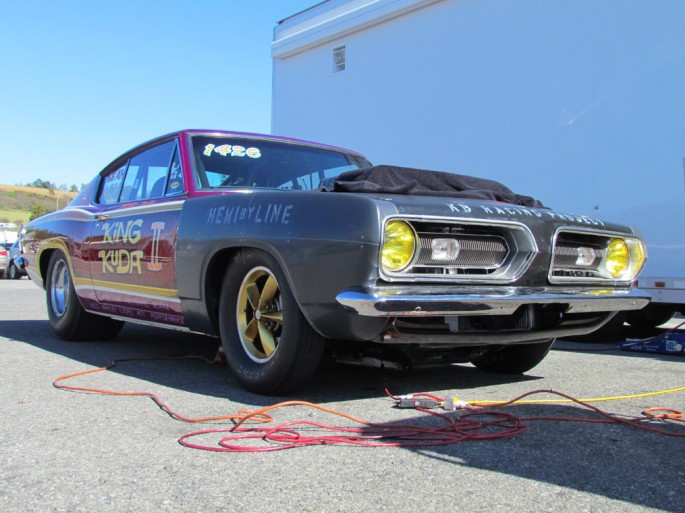 Question Of The Day: What Is Your Best "Busted By Your Parents" Story? 2014 Geneva Lakes Antique and Classic Boat Show: Our Second And Final Blast Of Coverage From The Event