Hemi Shootout! Here’s A Look At The Yearly Hemi Brawl At The US Nationals – Nothing Like It In The World! 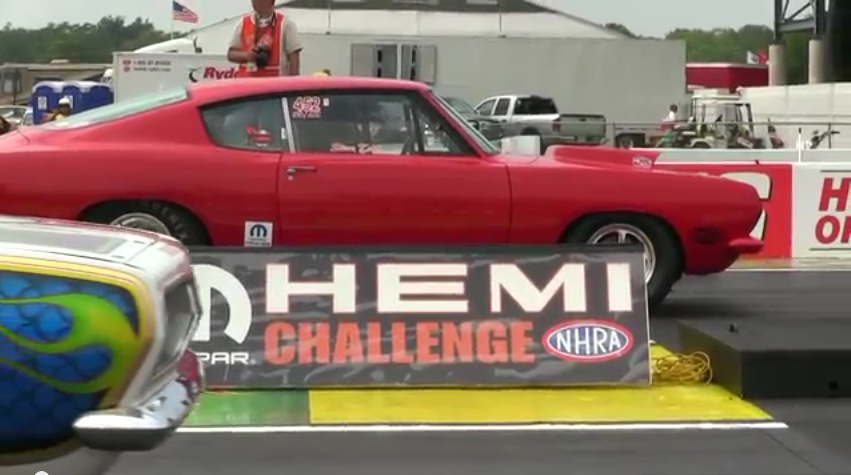 (By Jason Mazzotta) – Whether you are a Chevy, Ford, Mopar, or import fan everyone can appreciate the SS/HA class, (Super Stock Hemi class), and the ultimate Super Stock Hemi shootout held at the U.S. Nationals in Indianapolis every year with $10,000 on the line. With names like; Westcott, Howes, Barton, Hess, and Houser, the biggest names in Hemi class racing show up for the loot and bragging rights. The passion and intensity is captured in this video as some of the big name drivers are interviewed and discuss the class, including some smack talk among the top performers and builders.

The SS/HA class is made up of 1968 Plymouth Barracudas and 1968 Dodge Darts which make big horsepower and with 4-speed transmissions have always been talked about as “mini pro-stock cars.” Just as in Pro-Stock, there are certain engine builders that stand out among the rest, including; the Westcott’s, Barton’s, and Reher-Morrison, being the most popular and successful, but the recent addition of Jason Line adding his name to the engine builder list the class is gaining more competition and popularity.

These cars run in the mid to low 8’s with the national record currently held by Gary Wolkwitz at 8.210. The combination of the immaculately painted and maintained cars, and competition in the engine shop and then on the track has made this class so popular over the years, and the level of competition is at an all-time high making these cars some of the most exciting at NHRA events around the country.

Check out the behind the scenes, and final round of the 2014 Hemi Challenge below:

7 thoughts on “Hemi Shootout! Here’s A Look At The Yearly Hemi Brawl At The US Nationals – Nothing Like It In The World!”