Here’s 15 Wild Wheels Up Launches From Memphis – Which One Is The Craziest? 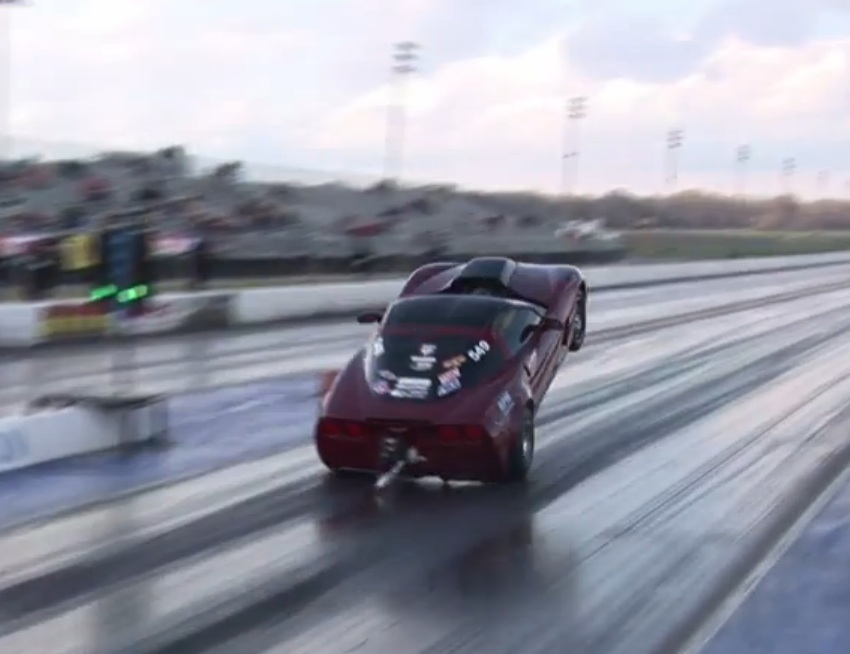 The Outlaw Street Car Reunion that was recently held at Memphis International Raceway (formerly Memphis Motorsports Park) was widely covered for the three second radial action, some nasty wreckage, and the fact that the race was successfully pulled of and packed with people even though it was SNOWING during a portion of the event. We’re not kidding and thats why in this video which features 10 of the most wild launches captured on film at the race, everyone is bundled up like they are about to depart on a trek across the arctic circle. It was that cold but the cold air made for some big numbers and it made big heroes out of Tyler and Jason that prepped the track.

Something to note here and this is more for the casual drag racing fan as opposed to the hardcore guy or girl. Part of the reason you see these wild launches and huge wheelies out of the radial cars that we do is because of the philosophy surrounding the tire as opposed to a slick. Lots of times with a slick we will hear people talk about “wheel speed” and that is essentially a controlled level of tire spin that allows the slick to stay loaded and grow under the car. The car then gets “up” on the tire and powers down the track. With a radial’s stiffer sidewall, there’s no place or need for the wheel speed thought process. So with a radial tire you want to stick it to the track as hard as possible and keep it stuck there. A “dead hook” situation happens when a car’s tire literally grabs the track and doesn’t slip an inch. The Corvette that is shown in the lead photos and first clip in this video demonstrates nicely!

Anyway this is a great video with lots of crazy radial tire action and more proof that this segment of the drag racing realm is growing hard and fast and it packs incredible excitement in the form of wild cars and also of record breaking performances at every turn. Don’t believe us? Watch this!

PRESS PLAY BELOW TO SEE THE CRAZIEST 15 LAUNCHES FROM MEMPHIS!

This CTS-V Coupe Review From Consumer Reports Isn't The Yawn Fest You Expect - They Just Drift It! Roadkill! Dodge Has Sponsored The Misfits And Entrusted Them With Two Hellcats And A Viper - Carnage Ensues!