Here’s What Tom Bailey’s Bringing For Drag Week 2014 – Can The Defending Champ Double Up? 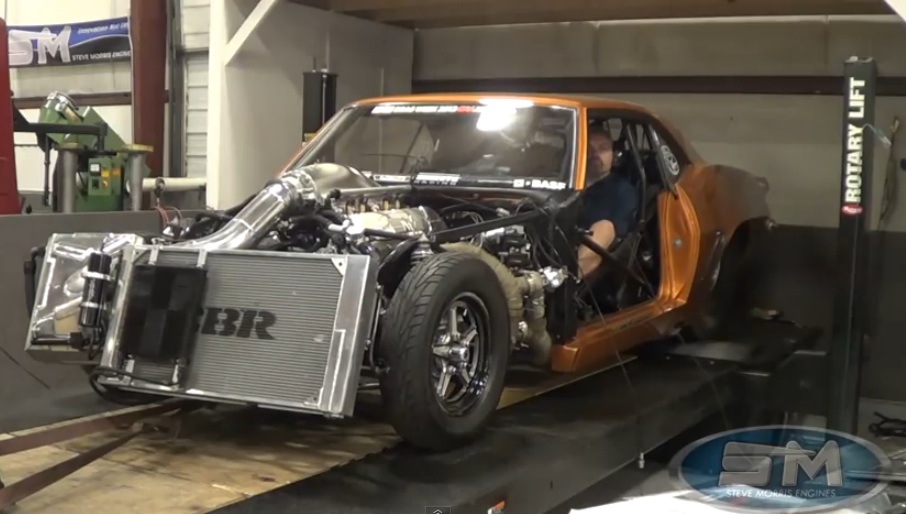 When Tom Bailey and right hand man Steve Morris took the top honors at Hot Rod Drag Week last year, they did so in a pretty non dramatic fashion. After trading blows with Dave Ahokas on day one in the six second time zone, the gap between Bailey and everyone else began to stretch and stretch through the week. The real story by Wednesday was following along to see if the Camaro would maintain a six second average through the length of the contest. To the amazement of everyone they did and actually punched it all the way down into the bottom of the 6.80s with a final number of 6.83 on Friday.

This year Bailey and Morris are back with the same car, albeit with some tweaks. Obviously the unveiling of Larry Larson’s S10 truck has been a huge deal and lots of the focus has turned away from the soft spoken Michigander and we’re not sure that he’s at all disappointed in that. Bailey comes in as the defending champion and Larson shows up as another guy trying to steal his crown a position that neither man is very familiar with. We should also be including Jeff Lutz in this conversation with his new 1957 Chevy that has supposedly smashed into the sixes in testing as well and then there are guys coming that we have never seen before that could clean everyone out. Sooo many factors!

Steve Morris made this video showcasing the car and some of the new pieces that have been added to the 2014 effort in the hopes of stepping on it a little harder and making sure that they have the power to “keep up with the Jonses” when the situation demands it and if Larson does what he says he will, the situation will demand it. It goes down to one of the age old debates in any type of sport or racing activity. Do you go with the flashy new thing that may be better or the proven commodity that has the experience but may lose a pure foot race?

Watch the video and decide for yourself.

PRESS PLAY BELOW TO SEE TOM BAILEY’S GNARLY CAMARO ON THE DYNO!

Ferrari Air Jordans Actually Exist For People Who Collect Shoes. Flippin' RV's Premieres Tonight At 8 On GAC. If You Dig Vintage Trailers, You Won't Want To Miss It!

3 thoughts on “Here’s What Tom Bailey’s Bringing For Drag Week 2014 – Can The Defending Champ Double Up?”