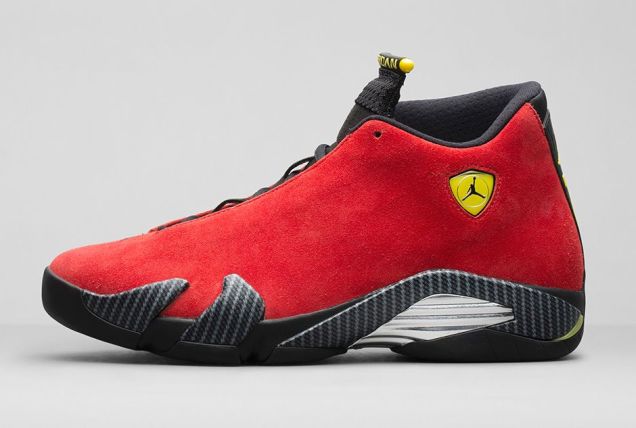 I will never, ever comprehend “sneaker-heads”. These are people who obsessively collect shoes, usually athletic-type shoes, especially limited editions. A couple of years ago we had the DeLorean-inspired Nike shoes, complete with silver body and a sole inspired by the taillights of the DMC-12. Remember that? 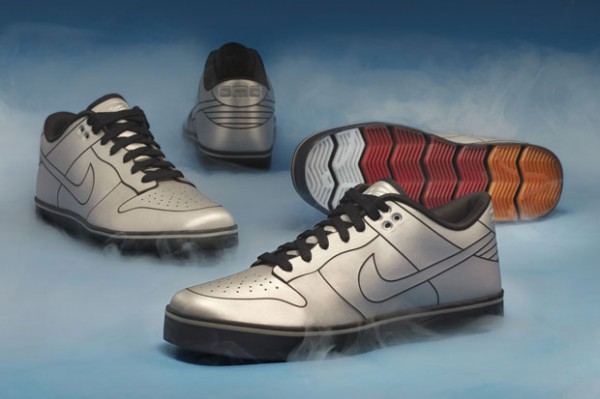 Oddly enough, I think I actually approve of that shoe compared to what’s come next, considering that it looks like someone really tried to make it work.

This is the Air Jordan ’14 Ferrari, basically an Air Jordan, a shoe that has been in production for thirty years, covered in red with a conspicuous yellow symbol of Michael Jordan in “air dunk” pose that looks just a little more than a passing reference to the traditional Ferrari “Prancing Horse” logo. The chrome-ish and faux carbon fiber trim isn’t helping matters, either.

Ferrari as a company is ego first, cars second, and they have a brand identity that they control like the Cosa Nostra. Currently Puma is the only footwear brand to have an official Ferrari license, so we’re waiting for the first news story of where two goons from Maranello show up at the house to confiscate these from the unfortunate owner. These will go on sale soon for a base price of $200/pair, though you can bet there will be a markup.

This 1972 Chevy Beauville Van Exudes Cool, Has Enough Power Tow Be Fun, And Is As Clean As A Whistle Here's What Tom Bailey's Bringing For Drag Week 2014 - Can The Defending Champ Double Up?

One thought on “Ferrari Air Jordans Actually Exist For People Who Collect Shoes.”