This 1972 Chevy Beauville Van Exudes Cool, Has Enough Power Tow Be Fun, And Is As Clean As A Whistle 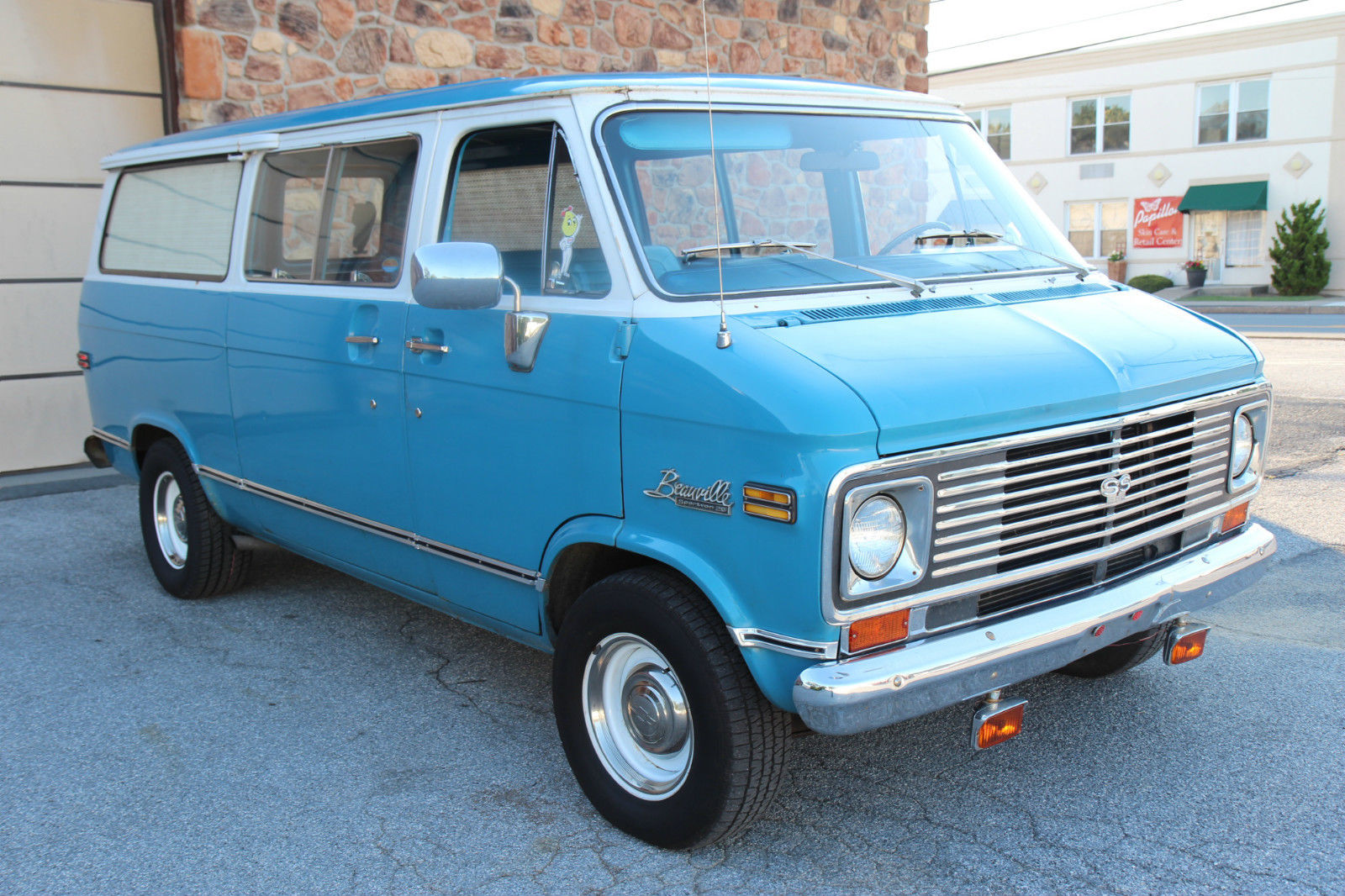 I’m not really a “van guy” per se. I like vans good enough but I rarely ever see one that drives me totally bananas enough to make sure it gets into the blog queue. This is one of those rare vans that did it and not because of what it does have (which is a lot) but what it doesn’t have, which is a bunch of lame upgrades, glue on crap, murals, and generally awful stuff that makes my stomach churn. Nope, this is a lightly hot rodded van that has a few owner added touches that make it completely and utterly boss. You have to appreciate subtlety when it comes to hot rodding because so often it is missing. The addition of the Camaro SS350 badge to the grill, the Camaro steering wheel, the wider than stock steel wheels, and the rug in the back are all perfect. The engine is a 330hp GM crate motor and it is hooked to the original three on the tree transmission, which is also awesome.

The engine has headers and duel exhaust with a pair of bullet looking mufflers in the middle so it must sound pretty good rolling down the road. I’m not sure if there would be any resonance issues from those mufflers and the large bass-drum like body of the van, but at full wail, those mufflers probably let some nice noises by. With just 71,000 original miles, the van is barely broken in and the dude selling it seems as though he took great care of it and has maintained the van to a pretty high level. The photos underneath the thing show it to be super clean and aging really well for being 40+ years old.

The van has a new radiator, heater core, clutch, and carb, among other parts. The seller is looking for $9,900 for this van and it is so exceptionally clean and nice we’re inclined to agree with him. Maybe make that for nine and eight and I’d really be on the program but his price is pretty close to what it should be in my opinion. This is easily the coolest street cruising van I have seen in a long time. Done just enough but not too much. You’ve got to love a dude with taste! 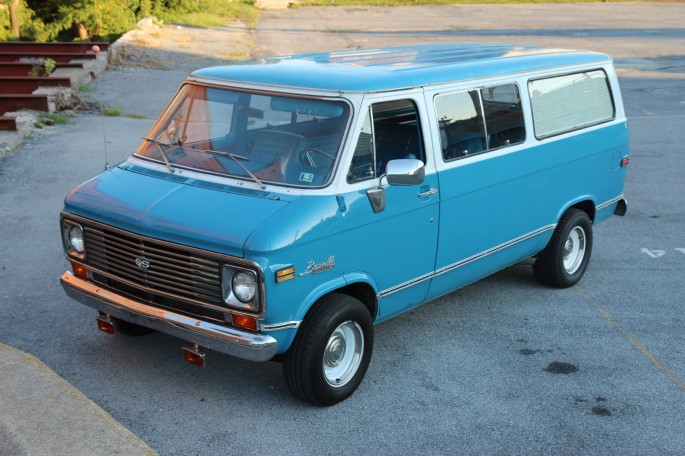 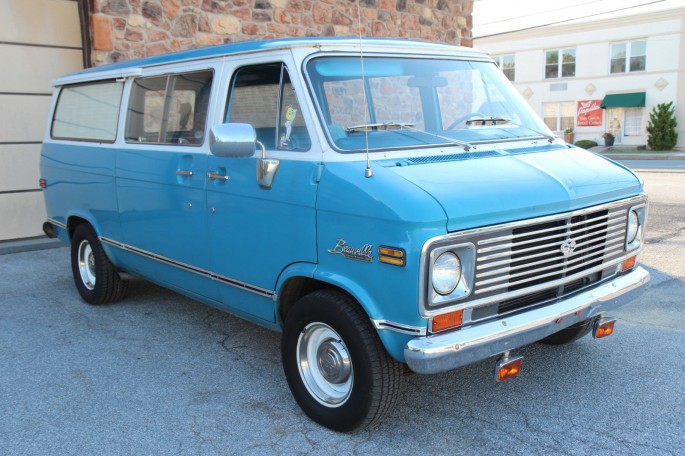 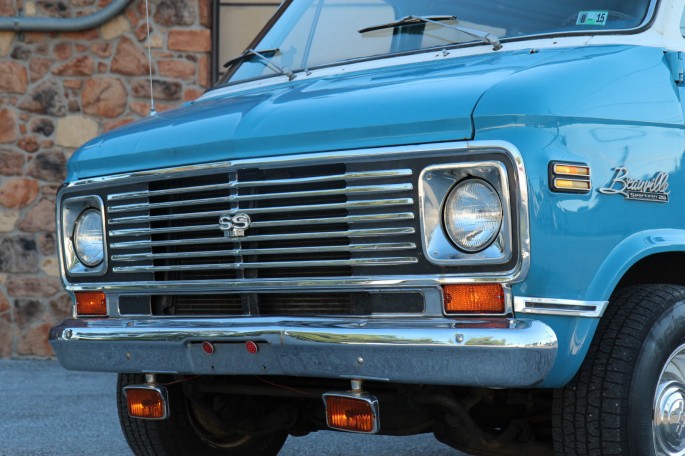 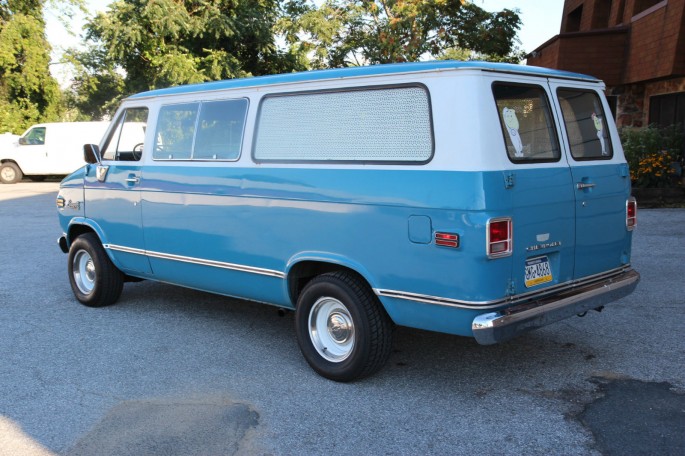 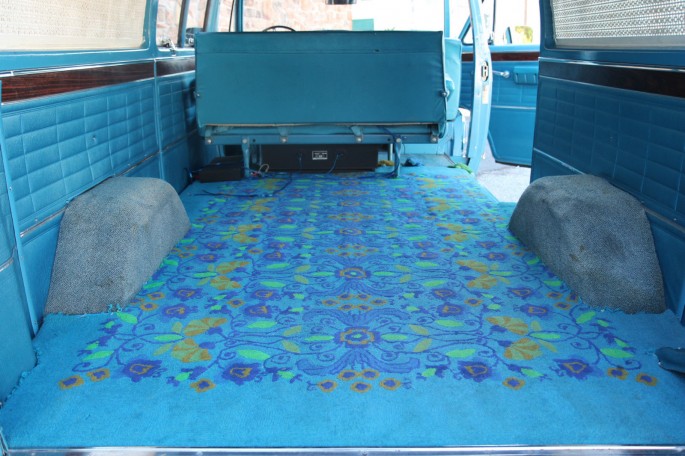 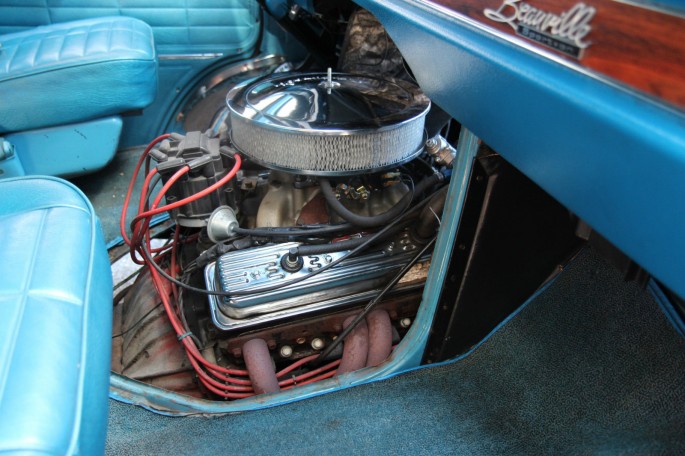 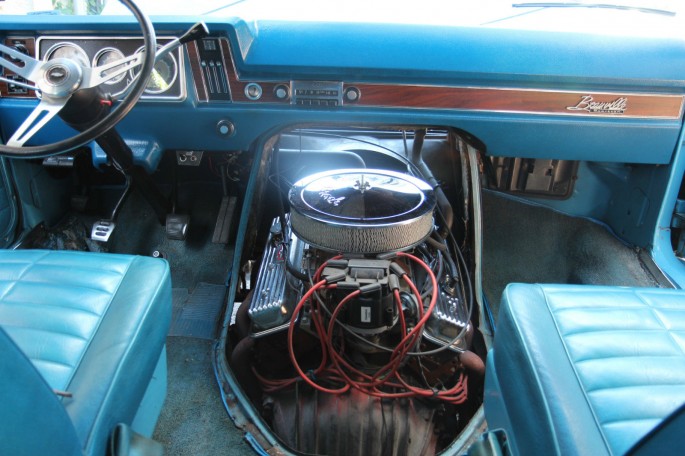 2 thoughts on “This 1972 Chevy Beauville Van Exudes Cool, Has Enough Power Tow Be Fun, And Is As Clean As A Whistle”