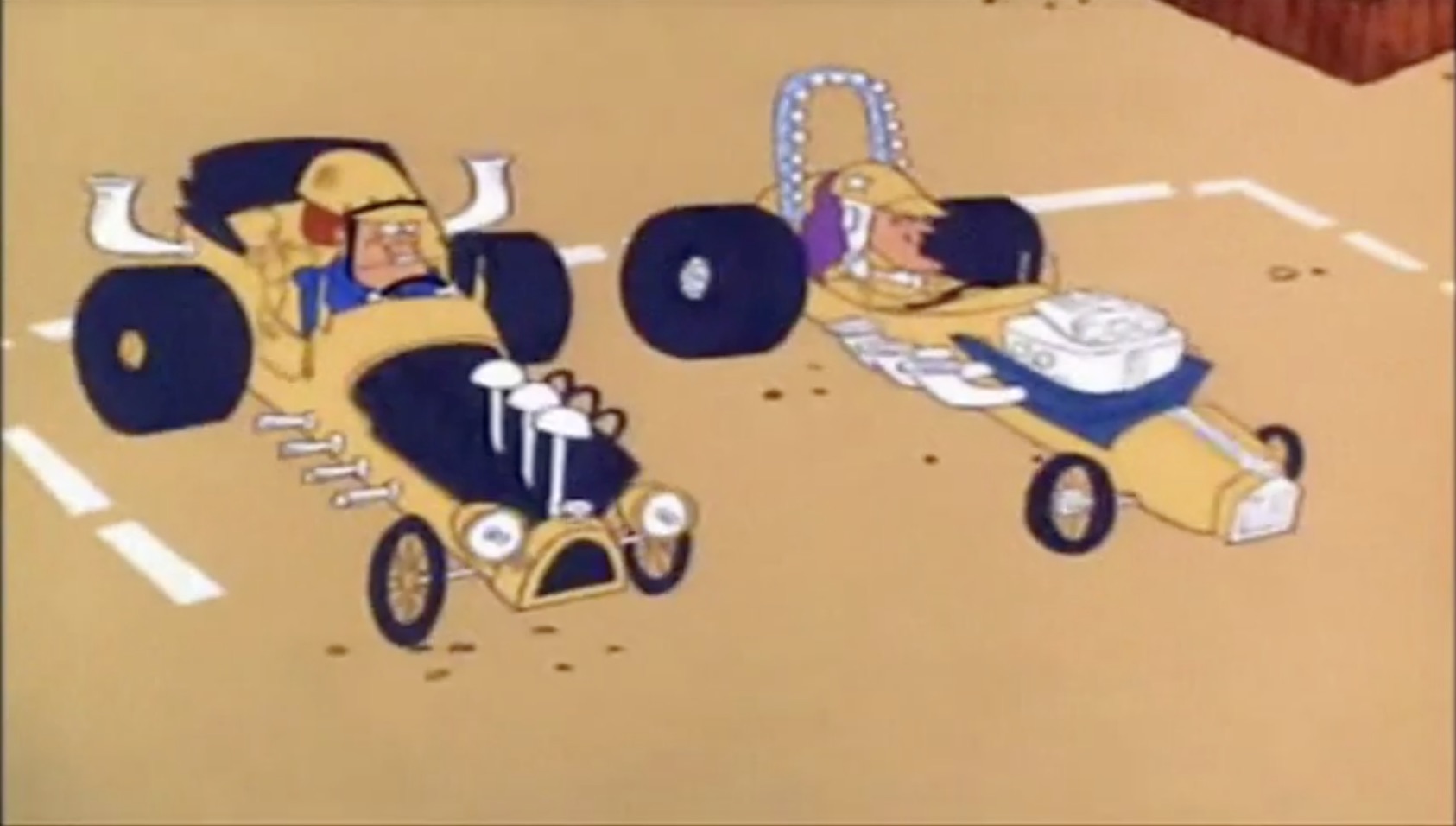 Like any red-blooded American kid, I grew up with the Saturday morning cartoons. Looney Tunes was easily my favorite, while I had to put up with my brother’s obsession with G.I. Joe. (There’s a punchline in that statement, folks, but I’m leaving that one alone.) We had Disney greats like Ducktails, Woody Woodpecker, Animaniacs, and so on and so forth, but the closest thing we had to any kind of car-racing cartoon was Transformers…and the only time I cared about Transformers was when Bumblebee became a 1977 Camaro instead of a Volkswagen. Kind of a let-down, really, but if I needed my car fix, I had Rad Racer II on my Nintendo.

But racing cartoons were a thing. Beyond the Coyote and Roadrunner episodes that were tied into musclecar culture, where Tastyus Supersonicus would spend it’s time out-witting Hardheadipus Oedipus in the Arizonan desert, you had the likes of Speed Buggy, Wacky Races, and more. One that I genuinely didn’t know about until a couple of days ago was “Tom Slick”, which was part of the George of the Jungle cartoon that aired in 1967. Tom Slick is a do-it-all kind of racer who is upstanding and polished, the traditional kind of hero type. Pared off with hippie chick Marigold, the cantankerous Gertie Growler, and whoever happened to be on his bad side in that episode, Tom Slick and his “Thunderbolt Grease-Slapper” would win the day.

You can watch the whole episode of George of the Jungle if you want, but we’ve skipped straight to the “Dranko the Dragster” clip, complete with Slick at a drag race with a movie star, a biker and an alien. Hit play, you’ll see what I mean…and try to not compare Lohnes to Dick Two-Lane, please. Lohnes doesn’t wear a rug on top of his head!

That Sounded Like It Hurt: Racing Crashes From The World Over! Uncle Tony Lays Out The Goodies For The Bottle Rocket Coronet - Including The Blue Bottle Of Happiness!