Uncle Tony Lays Out The Goodies For The Bottle Rocket Coronet – Including The Blue Bottle Of Happiness! 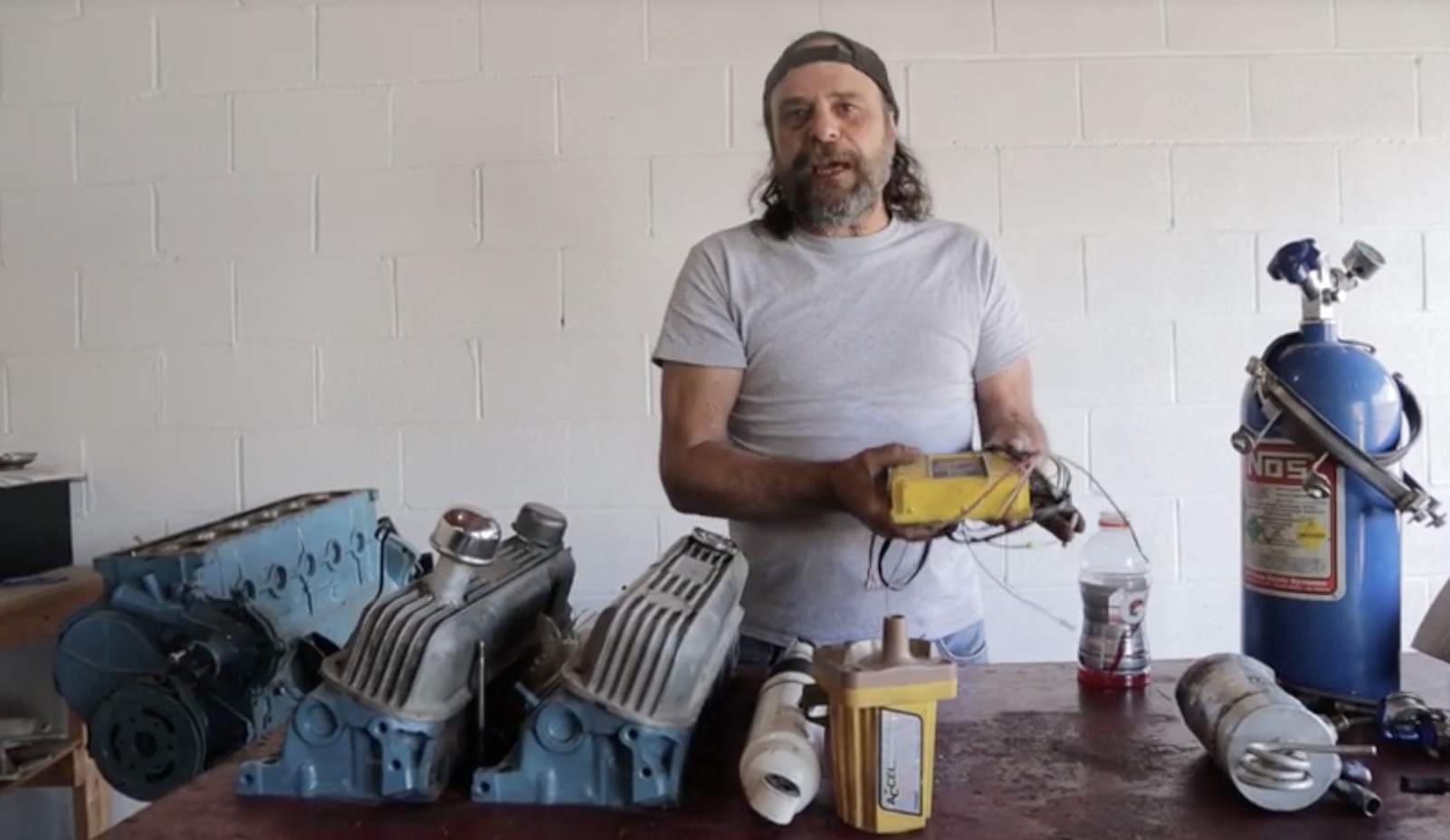 Work is always ongoing around Uncle Tony’s Garage. Something is being rebuilt, or is being fixed, or is being modified. One such project is the “Bottle Rocket” Dodge Coronet, a four-door sedan that has undergone Tony DeFeo’s weight-loss program and is now about to undergo the second half of the revitalization process: the addition of power. Now, this isn’t going to be a nitro-snorting, law-breaking kind of car that will scare the hell out of track inspection staff….that’s the Belvedere…but instead the Coronet is going to put Chrysler small-blocks to good use. The 318 lined up to go into the car first will have a date with Valhalla sooner or later, and the lessons learned from that engine will be applied to the 360 that is on deck to take over once the 318 sticks what’s left of a connecting rod deep into the track surface.

The car itself still looks like a swap-meet Coronet, but that’s not the point of this update. Here, Tony will lay out everything that is due to get shoved into the crew-cab B-body, from parts that he has had on the shelves for years that will take care of the fuel and spark, to the Hooker headers and the Purple Hornies that will compose the exhaust system, to the drilled-out shocks for the front and the lone air shock for the rear, to the two plates that will be hosing the LA blocks down with the favorite inhalant of every dentist in the country and the party piece to many racecars around the world, nitrous!

Hit play below and get insight into what is going into the car, why it’s going in, and what Uncle Tony is expecting to get out of it. We just can’t wait to hear this thing sing, knowing Hookers and Purple Hornies are part of the equation!

2 thoughts on “Uncle Tony Lays Out The Goodies For The Bottle Rocket Coronet – Including The Blue Bottle Of Happiness!”