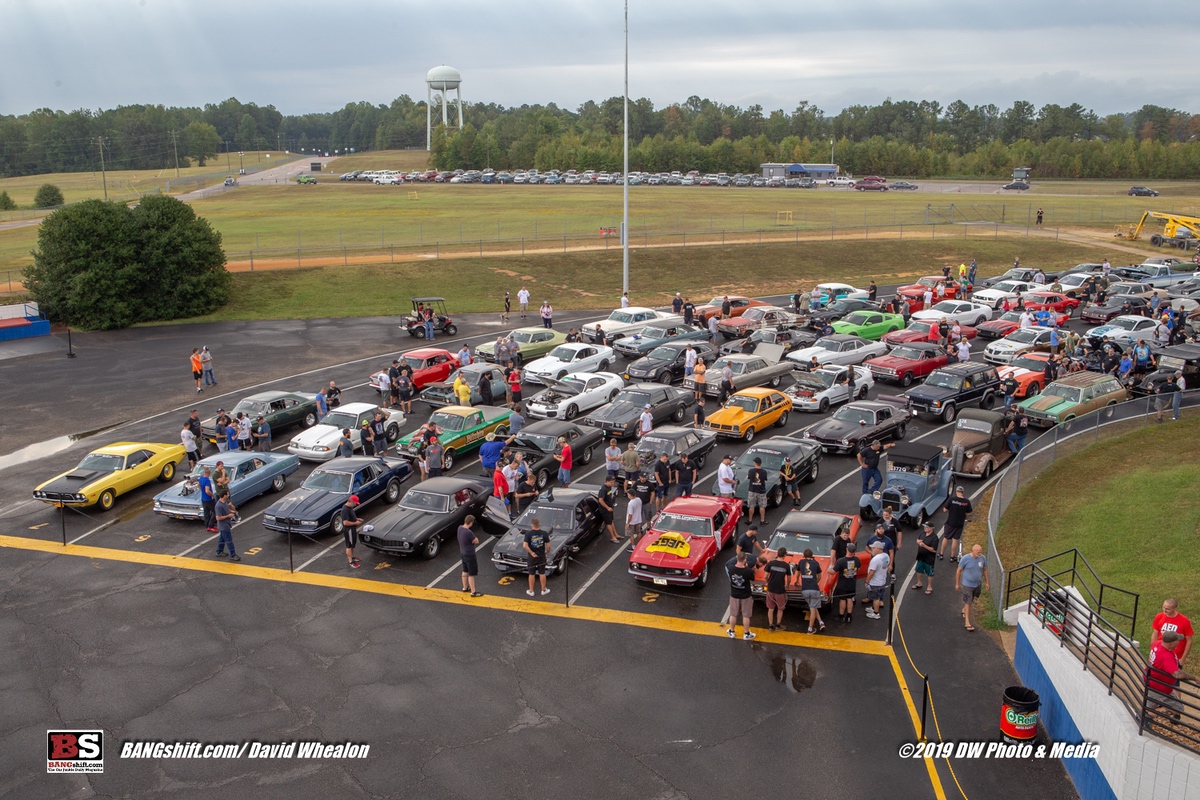 (Photos by David Whealon) – Hot Rod Magazine Drag Week 2019 got off on an interesting foot at Virginia Motorsports Park last Monday. Mother Nature decided to make the first day a test wills, planning, and efficiency. Multiple rain storms attacked the facility and forced Drag Week officials to make the declaration that it would be a “one and done” day for everyone. This was absolutely the correct move to get everyone a run but it was also something that changed the complexion of the event. Racers who ran too fast for their tech were blasted with a 20.00 time slip, some spun the tires, and some really brought the heat. It was an interesting test of guts and pinpoint accuracy.

David Whealon was there to get photos of the action on the track and the wetness in the pits. We think you will dig this candid look behind the scenes at 2019 Hot Rod Magazine Drag Week. It was a day one to remember and one that will go down in the history of the event as perhaps the most important single pass that some of the racers ever made.

High Steel: This 1970s Documentary About Mohawks Building Manhattan Sky Scrapers Is Incredible Gas Leak: What Happens If A Leaking LPG Tank Blows Up In Your Car?