Incredible Video: Would You Run Headlong Into The Fog At 4AM To Win $50,000 At The Drags? These Guys Did! 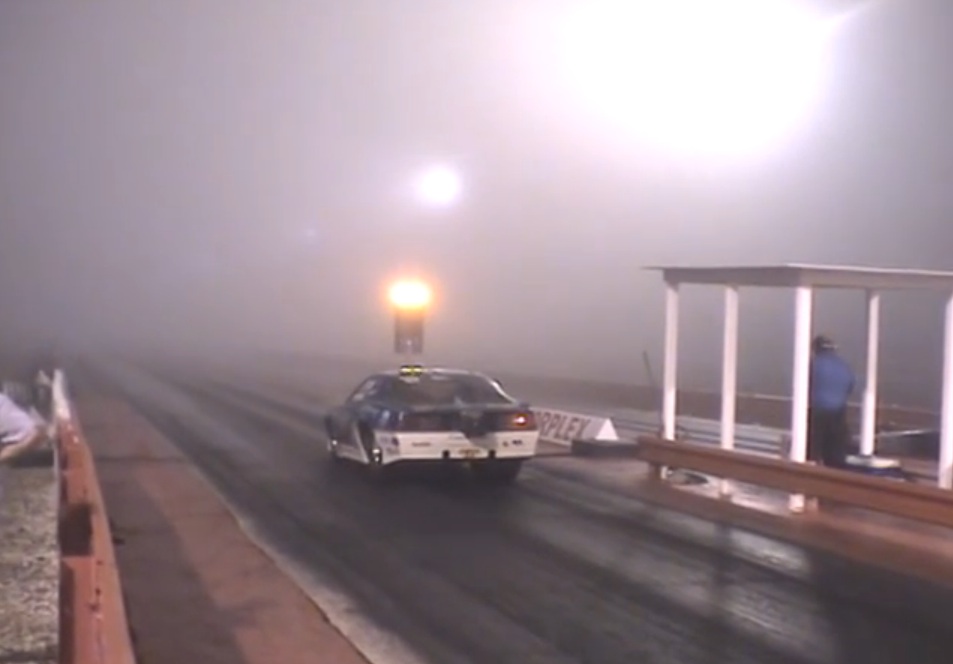 (By Jason Mazzotta) – As most know, bracket racing is a tough game to conquer even under perfect conditions. From the focus on staging perfectly each time to the demand of hitting the tree and then the toughness of playing the stripe at high speeds it is way more complicated than you’d think. Now consider all that stuff and imagine it is 4 am and you have made it through rounds and rounds of tough competitors, you can’t see more than ten feet in front of you, and, oh, there’s $50,000  on the line. This was the case at the 2011 Super Pro World Challenge in Michigan.

With the $50,000 pot on the line the final round, the drivers were not about to let a little, OK a LOT of fog stop them. After the main event of the 4-day big dollar weekend was delayed 9 hours earlier in the day, the field had been narrowed down to two and the final round was set to run off.

At 4:01 am, Matt Cornell in his ’89 Camaro, lined up against heavy hitter Nick Folk in his quicker dialed dragster. Each taking their time in the burnout and staging process, they appeared to be cautiously ready to run for the big check. The lights came down and the two took off into the fog and the eighth mile cones. From the stands and starting line, everyone was blind and relying on the announcer to tell the story, who only knew from the help of the computer. As the race was called and the winner announced, he came back to the starting line appearing from the fog victorious ready to celebrate with his crew.

Sit back and remember that squinting won’t help you see the cars in this epic final round video with $50,000 on the line:

One thought on “Incredible Video: Would You Run Headlong Into The Fog At 4AM To Win $50,000 At The Drags? These Guys Did!”