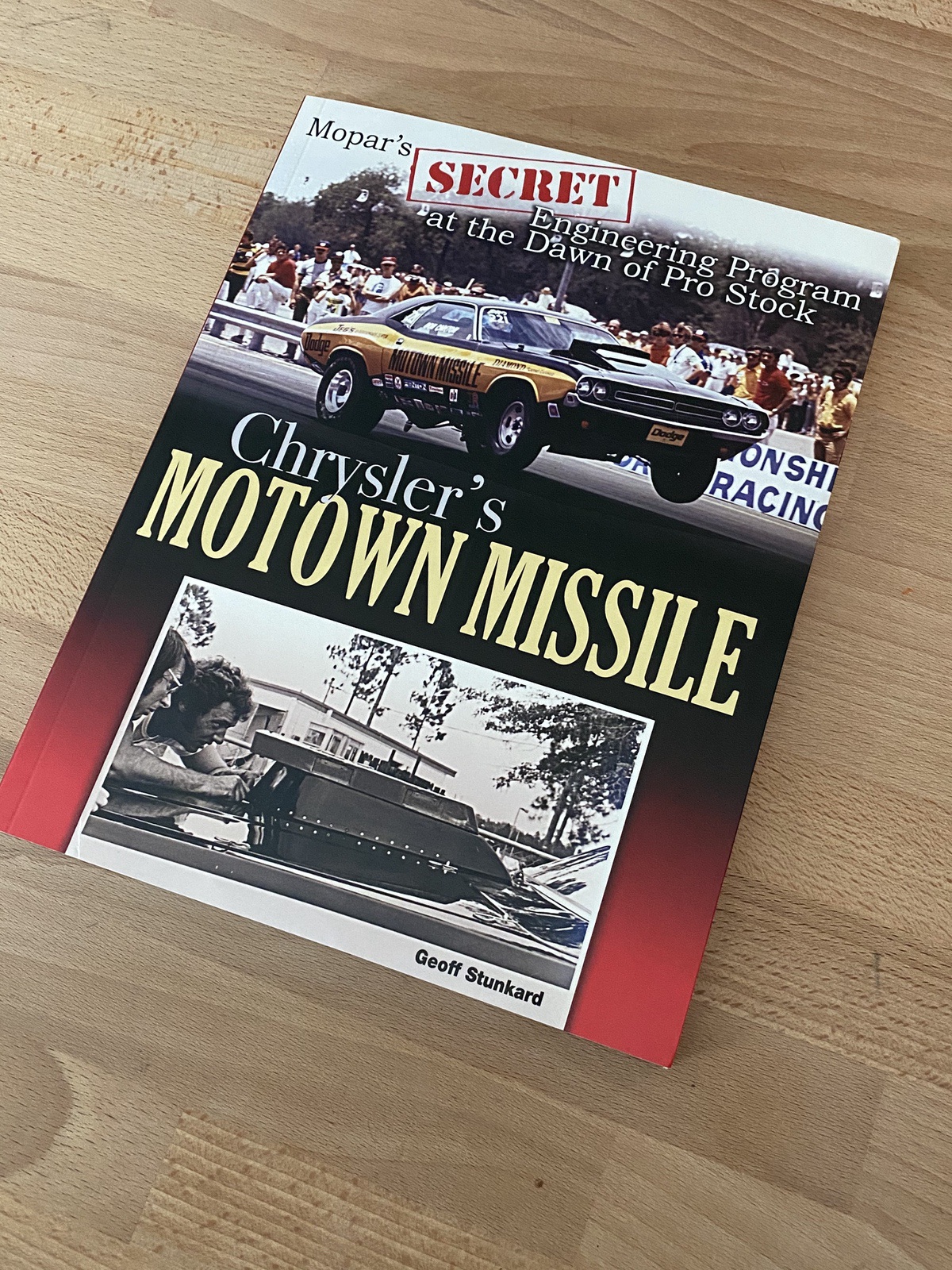 Undoubtedly you have read Geoff Stunkard’s words before as the guy has been pouring out copy about all manner of things, but especially Mopar drag racing history for many years. He is as connected to the past and the player as anyone ever has been or ever will be. Knowing Geoff personally, his personal passion for this project legitimately leaks off the page in the best of ways. You can tell that this was not a grind for the guy, this was a mission and boy did he accomplish it. 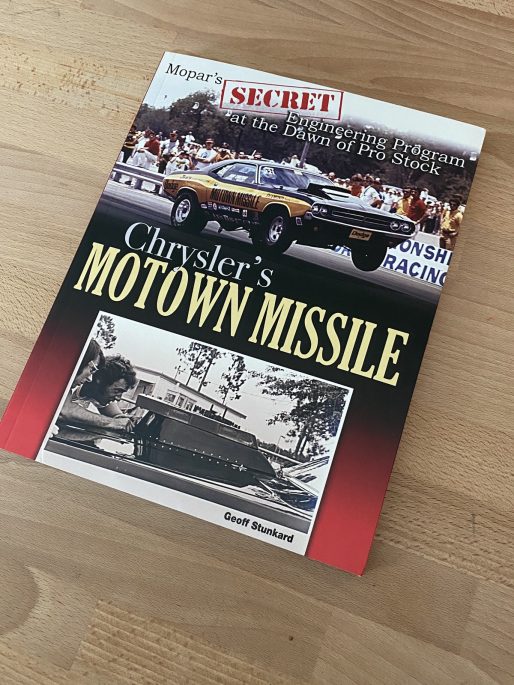 For those of you thinking, “Can you really write a book about one car?!” The answer is that yes you can and this is not a book about one car. The Motown Missile was the equivalent of the Apollo program for pro stock. The best minds, the best ideas, and a seemingly blank check for years to test and then employ those ideas in order to show the world that Chrysler was boss on the drag strip and by proxy of that, on the streets as well. 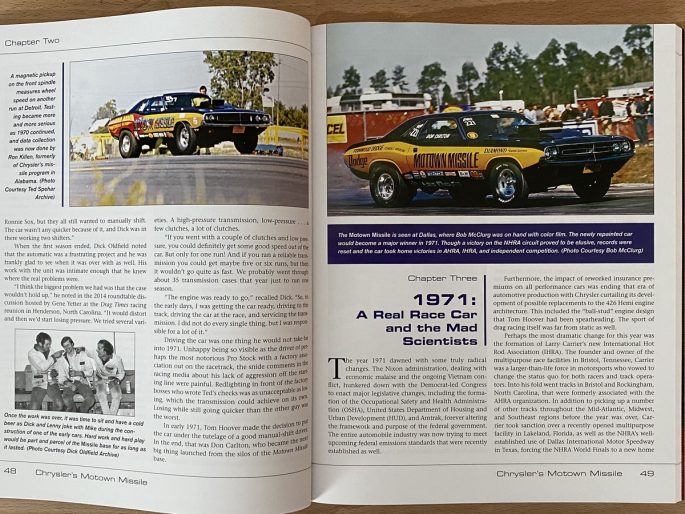 The text and the photographs are all spectacular, especially the stuff that takes us deep behind the scenes and into the skunkworks at Chrysler where things like a six speed….yes a six speed automatic were actually designed and mocked up into the car. Outside of that we see the aerodynamic testing that was completed in the most rudimentary fashion that bore out left results. Maybe beyond all the mechanical and historical stuff we learn about the men who were behind this project and that is where the book really shines. 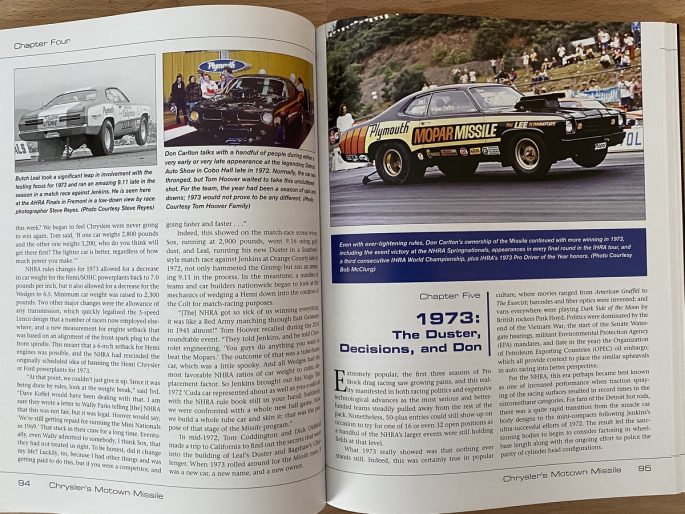 The cars and the mechanical end is killer but when you actually learn about the personalities and proclivities of the team that operated this project, the book becomes much more than a historic account of a few drag cars. It’s Stunkard’s personal relationships with the players he was able to interview that brings the gems to the surface. When a subject knows and trusts an interviewer, especially when talking about stuff they have been largely trained to forget for so many years, the good stuff comes out. There’s lots of good stuff here.

As mentioned above, this is a superb book that dives DEEP into the people, places, and things that made the Motown Missile one of the most fearsome drag racing R&D exercises in the history of the sport.

You can score this awesome tome at CarTechBooks.com, Amazon.com and other locales where find reading materials are sold. 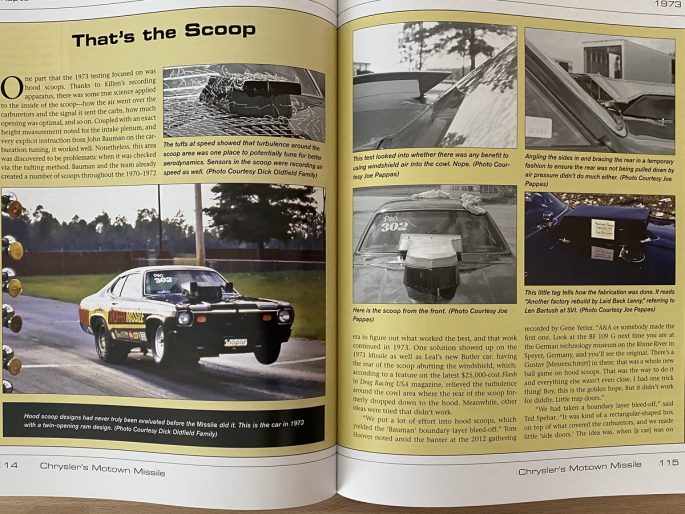 Speed Thrash: Watch This Diesel Mechanic Rebuild An N14 Cummins Engine In Three Minutes! Incredible Video: Would You Run Headlong Into The Fog At 4AM To Win $50,000 At The Drags? These Guys Did!