Best of 2019: This 1988 Video Shows How Insanely Busy Eddie Hill Was Driving His Top Fuel Car 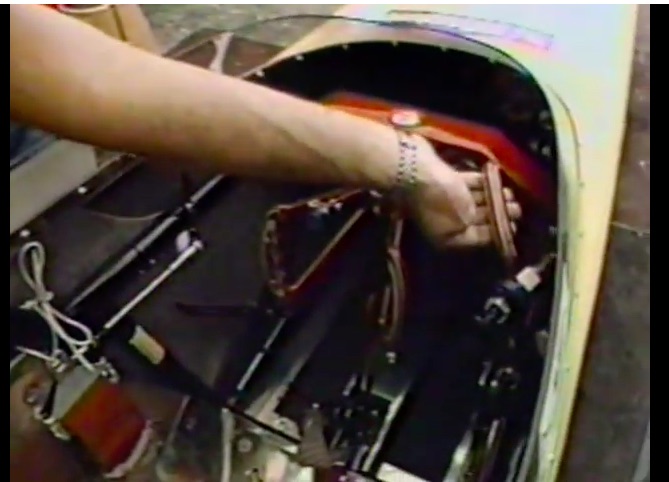 The late 1980s were a really interesting time in the world of Top Fuel drag racing. The “high gear only” style cars of today were coming more and more into vogue with guys like Gene Snow, Bill Mullins, Jim Head, and Joe Amato leading the charge. There was more automation coming into the sport as well. Timers and controls that took some jobs away from the driver were becoming more and more standard operating procedure in those days. Today those systems are part and parcel of every top fuel dragster that hits the track. No one runs multiple speed transmissions anymore and the whole evolutionary cycle has brought the cars to a state of closely matched mechanical sameness.

Eddie Hill had the baddest top fuel car in the world in 1988. He was crushing it, he’d ultimately make the sport’s first 4-second run in the midst of an awesome season when he made the rip at the Texas Motorplex at an IHRA race. Insanely, there were race days when the heads never came off the motor. Fuzzy Carter would pull the oil pan off and if the bottom end looked good, he would button ‘er right back up again. This is even more nutty when we consider how the car was operated and it shines even more light onto one of the great drivers in drag racing history, Eddie Hill.

Nothing in Hills car was automated. He manually locked the clutch 1.5 seconds into a run, he shifted the car into high gear himself, he had the use of his high speed lean out button, he pulled the parachutes himself, killed the fuel himself, hell he even turned on the damned data recorder himself. As you’ll see in this video when Steve Evans walks you thought the cockpit of his car, Eddie Hill was an amazingly busy dude and despite the fact that he was doing it all himself, he was doing it better than everyone else.

It is one thing to beat guys, it is totally another to beat them with your own two hands as they rely on technology to make ’em faster. Awesome, right?

Press play below to see just how busy Eddie Hill was in his dragster back in ’88!

Pure Class: 1965 Pontiac Catalina 2+2 - The Winter Wedding Photo Car Best of 2019: This Video Is Both Educational And Proof That Briggs & Stratton Engines Are Tough Stuff

One thought on “Best of 2019: This 1988 Video Shows How Insanely Busy Eddie Hill Was Driving His Top Fuel Car”