Amazing Watch: This Animated Film About The 1955 Le Mans Disaster Is Artistic, Beautiful, and Crushingly Sad 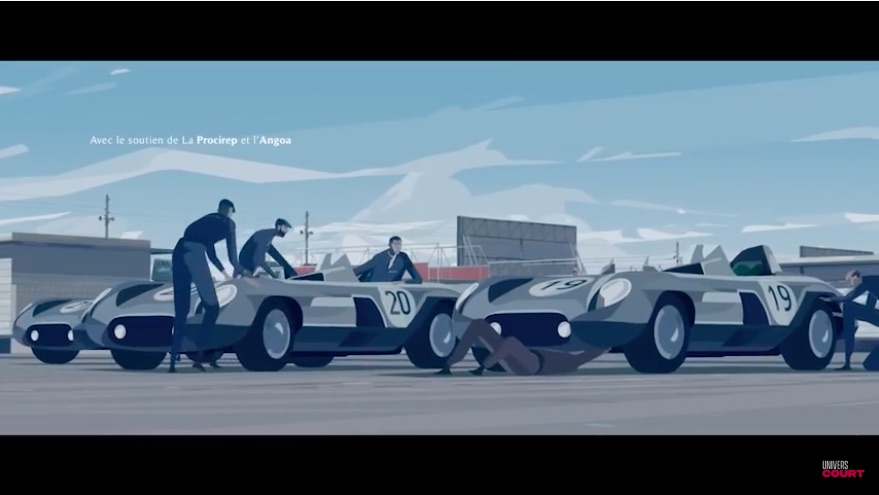 Even if you are not a racing historian, you likely know the infamous story of Le Mans 1955. The year where Pierre Levegh suffered a horrendous crash in his Mercedes race car, tumbled through the crowd and killed between 80 and 130 people depending on reports. It was a wreck that resonated around the world. The race never stopped despite the calamity and it had long lasting impact. Mercedes would not race for another 43 years in organized competition, racing was banned outright in at least one European country, and questions of the value of motor racing in general were asked by every developed nation on the planet.

This is not an animation about the crash, about breaking down how it happened. How Mike Hawthorne and Lance Macklin had a role. Their names are not mentioned, they are not shown. This is an amazingly sad take on the whole thing and it is told in the frame of the Mercedes team manager and the drivers involved on the team. Fangio, Moss, Levegh, and American John Fitch. Fitch was the co-driver in Levegh’s car and as you will see in the film they were directed to be the second car on the team, not the leader. This infuriated the two drivers, especially Fitch who saw his chances at being seen as one of the great racers of all time slipping away.

Creativity in the automotive world comes through in many different ways. We have never seen story telling like this about an event as tragic and awful as that at Le Mans in 1955. This short film has been lauded at many festivals and by many esteemed critics. It could be considered for the 2020 Oscars as well.

We had not idea what to expect when we pressed play on this one and in the end we were blown away by how the story is told, the emotion conveyed, and the scene is depicted. This is art.

Early Turkey: This 1980 Olds Diesel Promotional Film Is Even Better In Retrospect 50 Year Celebration: This Neat Video Shows Us All 50 Years Of Nissan GT-R Examples On The Track At Once

4 thoughts on “Amazing Watch: This Animated Film About The 1955 Le Mans Disaster Is Artistic, Beautiful, and Crushingly Sad”