RacingJunk Find: This Jet Van Is The Most BangShifty Thing For Sale On The Internet Today 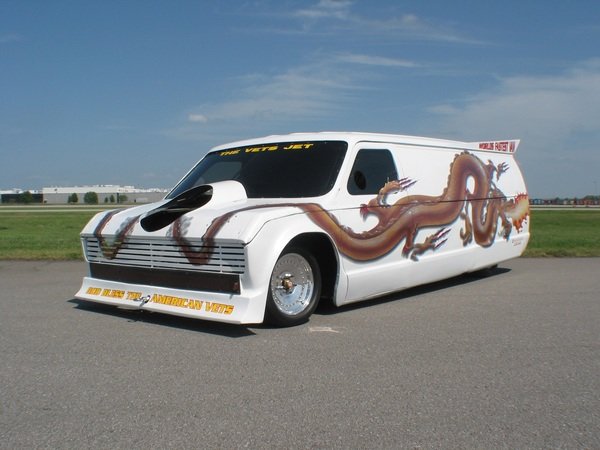 Wowie, wow, wow, wow. Yes, this is a chopped, channeled, clamshell split, and dragon painted 1979 Ford Econoline van with a big ol’ fire-spitting J-34 jet engine slammed into the back of it. Not some bad hunk of poor thought and engineering, this is a well sorted and well used jet exhibition vehicle that is for sale on RacingJunk.com at the moment. The van is primarily used at air shows and doing car burns and stuff but we bet this thing would be a fun money maker at the drag strip as well!

This is one of the most complete sales we have ever seen as well as the seller is providing not only the van but also the firesuit, helmet, and other driver equipment necessary to get in this thing and go. Additionally the seller said that they would help train the new owner for only the coverage of expenses to get to and from wherever “practice” is happening. That’s really awesome as well.

Sometimes jet powered stuff that is trying to look like a stock vehicle comes off kind of weird. This thing just comes off as awesome. While we have nothing against the big dragon looking guy on the side, we’d strip the paint off the body and go full 1970s mural on the thing and also add a bubble window or two just to get the full effect. 1970s retro is in right now and being able to sell that to track operators as part of the show would be awesome.

We love when stuff like this comes up for sale because we never knew it existed in the first place! We get so hung up on the typical jet dragsters, funny cars, and occasional semi-truck that it is easy to forget that there are a bunch of wild and woolly creations across the country out there making people money.

RacingJunk: This jet powered Ford Econoline is so awesome we can hardly stand it 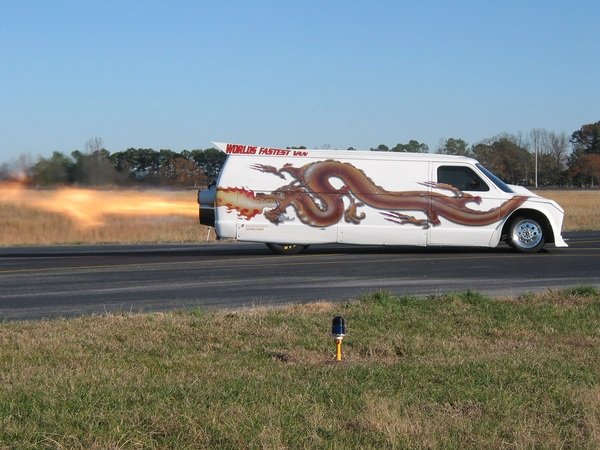 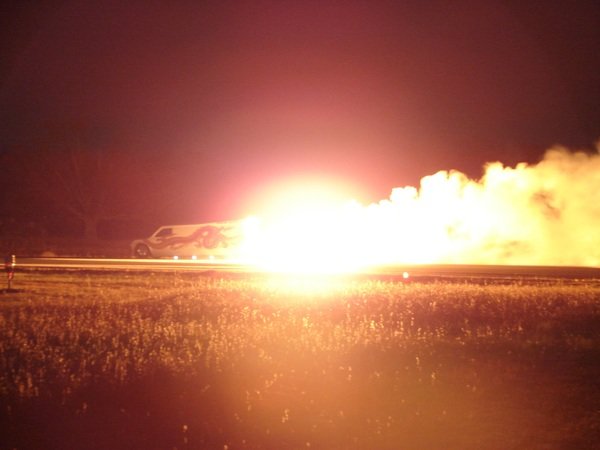 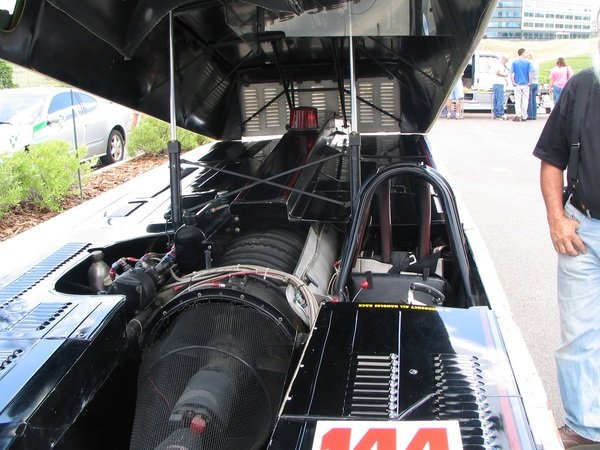 Listen Up: The Boys From The Round Six Podcast Had Us On - Pretty Hilarious Gearhead Fun Approved: Ford Mustang To Replace Falcon For Next Season In Aussie Supercar Series

2 thoughts on “RacingJunk Find: This Jet Van Is The Most BangShifty Thing For Sale On The Internet Today”