Breaking The Barrier: John Force and Dan Hood Relive The Day Of The 150th Victory At Seattle 2019 – Cool Video 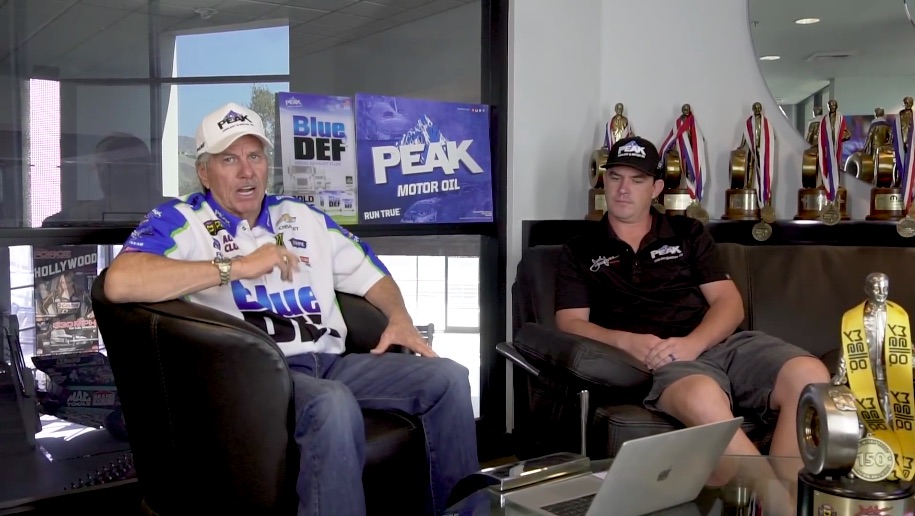 This was a day that hardcore NHRA drag racing fans will never forget. I sure as hell will never forget it because it was bedlam, insanity, and completely freaking nuts. The race was the NHRA Northwest Nationals and the moment was when John Force captured his landmark 150th national event win in nitro funny car. It was followed up by Austin Prock’s first national event win in top fuel. It was unhinged in all the best of ways and I had a front row seat to not only call the race but relate the craziness to America. We were live on national television and it all went down.

This video is John Force and Dan Hood who was working with Brian Corradi tuning the car talking about the day, the round by round wins, what their strategy was and how it all happened. John was so on the chip that day, I remember watching him and thinking, man this could actually be it. Had had come close a couple of times earlier in the season. In one memorable instance, Bob Tasca stopped him at Bristol in the final.

On this day, he was not to be denied and once he won, all hell broke loose. As always, he tells the story better than anyone. Watch this.

Mucho Dinero: This Authentic and Rare Pontiac Ram Air V Camshaft Has To Be The Most Expensive Cam On eBay Hope Springs Eternal: A Look Inside The Revitalizing Chrysler Of 1992!

One thought on “Breaking The Barrier: John Force and Dan Hood Relive The Day Of The 150th Victory At Seattle 2019 – Cool Video”