Listen To The Man: John Force Talks About Missing Indy, Not Racing In 2020, and More 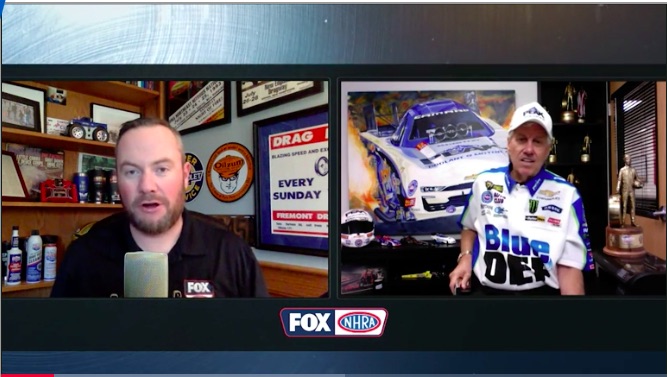 It was and is one of the biggest stories in the world of NHRA drag racing. When John Force announced that he was parking his racing operation for the balance of 2020 the whole world was wondering why. Was the NHRA stopping the series? Was John sick? Was he afraid of getting sick? Did he lose a bunch of sponsors because of the economic downturn brought on by the Covid-19 pandemic? John Force Racing made a statement a few weeks ago but other than that, no one had really heard from the guy.

That’s why it was great to talk to John and get some clarity on how he is doing, what his plans are for the massive drag racing team, and how he is setting himself up to come back in 2021. One of the largest revelations shared here is that while he laid off a lot of his workforce he still has 50 full time employees working at his sprawling Brownsburg, Indiana facility making parts and piece in the machine shop and performing other work.

This is the first conversation anyone as had with John in public on these matters. Check it out.

Hitting Peak: This 1994 Video Showing Off The New S-10 and GMC Sonoma Represents The Little Truck At Its Best 2021 Ford Ranger Tremor: The Small Truck In Ford's Lineup Packs A Big Punch!

7 thoughts on “Listen To The Man: John Force Talks About Missing Indy, Not Racing In 2020, and More”