Hitting Peak: This 1994 Video Showing Off The New S-10 and GMC Sonoma Represents The Little Truck At Its Best 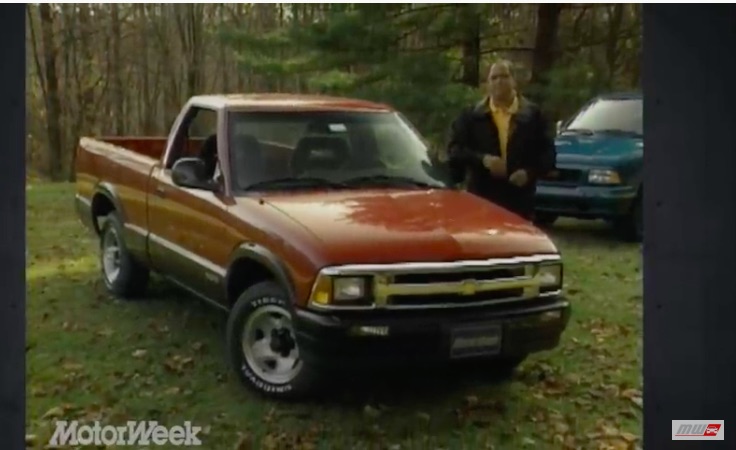 Small trucks have always been an interesting things to us. Obviously we are back in the middle of a small truck war as we told you about the new Ranger Tremor that Ford just released but the small trucks of today are an insanely far cry from the original vision that this things started out as. Back in the 1970s with the small Japanese trucks getting loads of traction with buyers who didn’t want a half-ton or need something that big, the domestic companies responded.

Ford had their Courier and GM had their LUV trucks. The LUV eventually morphed into the S-10 in the early 1980s and the Sonoma on the GMC side. Those nameplates had long runs and we’d argue that perhaps their finest moment, while still keeping the vision of the earliest examples came in the 1990s.

The trucks are way bigger and more posh than they were event initially intended to be but in 1994 you kind of get that intersection of power, size, and the absolute extension of what these trucks were always supposed to be. The trucks shown here with their 4.3L V6 engines were also hustlers. Running the quarter in the low 16s and getting to 60 in under eight seconds made them fun as hell to drive along with useful.

It seems impossible to imagine that a two wheel drive truck started at $9,655 in 1994 and the four wheel drive loaded GMC was $14,306 but that’s really what they cost. Shocking when we think about rigs like the Tremor which we mentioned for three and four times that much.

Here’s a look back to the glory days of the small truck.

Godzilla Roars! Watch This 7.3L Ford V8 Make 789hp Naturally Aspirated As It Awaits A Blower Listen To The Man: John Force Talks About Missing Indy, Not Racing In 2020, and More