GatorNationals History: Watch This Killer Highlight Show From The 1984 Gators! 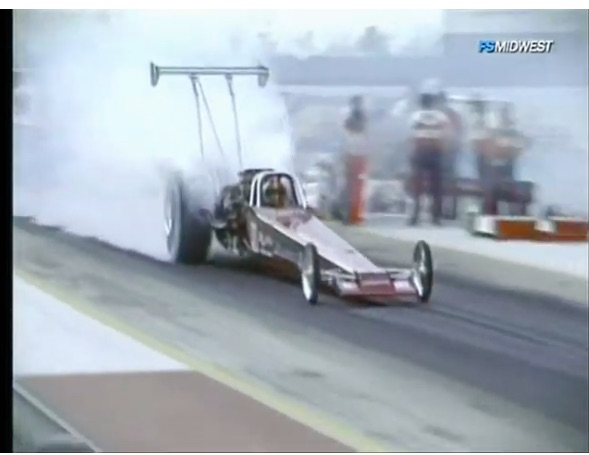 There are singular events in drag racing history that bring the best out of people. We’re not just talking about the NHRA, either. There’s the Sweet 16 event that DuckX Productions puts on that shattered every known record in drag radial competition last year, there’s the NMCA Super Bowl of Street Legal Drag Racing that always brings the heavy iron out and there’s been more than a few NHRA races that have dropped every imaginable jaw as well. One of those and perhaps the greatest of those was the 1984 NHRA Gatornationals. This was the event when Kenny Bernstein showed up with an aerodynamic Ford Tempo that freaked out every funny car racer from coast to coast and it was Joe Amato who rolled out a dragster with a wing twice as tall as anyone had ever seen.

The best part? Both of those designs worked and worked so well that they changed the course of drag racing history forever. Joe Amato made the first 260mph run in drag racing history and then not too far down the line on the same day, Kenny Bernstein did the same thing in his funny car. It was amazing. Shockingly, Bernstein was actually the faster of the two machines before Amato wrested the number back in the final round.

From that point forward, funny cars looked more and more like the Tempo and into what we have today. Top fuel dragster still have that stilt like wing way up over their engine to use clear air for maximum effectiveness.

This killer highlight show from the 1984 Gators tells the tale with Bill Stephens as the host!

Clench Hard: This 1,000-plus Horsepower Four-Banger Thunderbird Gets Loose At The Top End! The Bottle Rocket Coronet: Looking Over The Sacrificial Engine

One thought on “GatorNationals History: Watch This Killer Highlight Show From The 1984 Gators!”