The Bottle Rocket Coronet: Looking Over The Sacrificial Engine 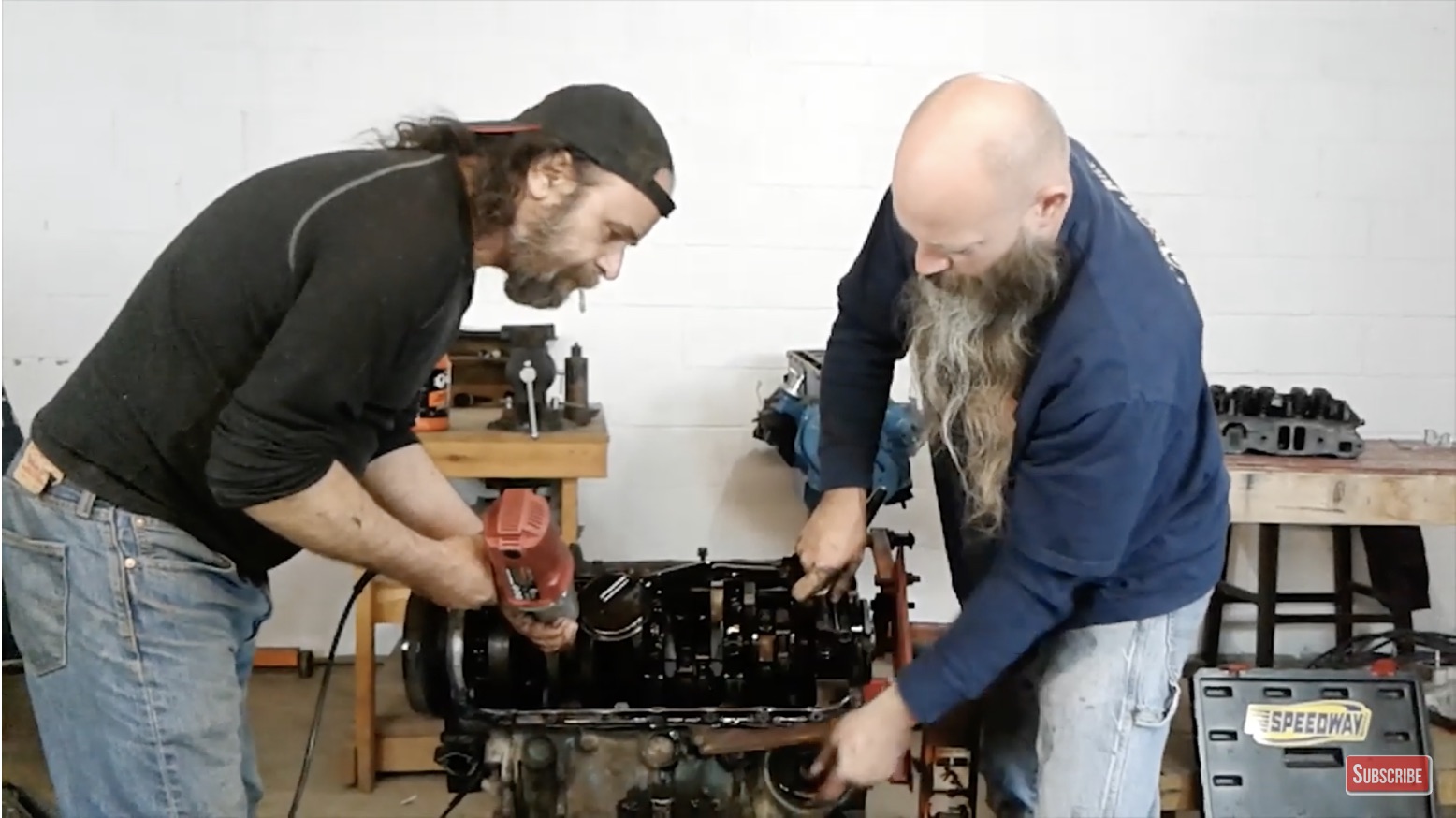 For the last few episodes of the Bottle Rocket Coronet, Uncle Tony and Lambchop have been focused hard on shedding weight out of the B-body sedan by nickel-and-diming weight out where they can. We’re not talking massive savings in big chunks…more like trimming half a pound here, half a pound there, and letting those tiny trimmings add up into big savings. During the summer and fall, that’s a plan, but it’s winter…and it’s both cold and damp out in the Southeast. Nobody wants to be crawling around a car with a drill and hole saw when it’s barely above freezing while it’s raining, and besides…there’s a shop now, so it’s time to look over the sacrificial engine.

Yeah, you read that right.

The 318 that came in the Coronet is locked up, but if the engine is savable, it’s going to be turned into a nitrous mule that will be hit for what it’s worth until the engine fails, at which point a 360-based engine will be built. Lots of people (myself included) would wince at trying to do anything with a frozen 318, but if just one piston is a problem and the engine overall looks decent, maybe it will be worth saving…even if it’s going to be used as a nitrous dump. Hang around the garage and check out just how much potential can be in one of Chrysler’s most basic, most prolific and most common V8 engines!