K&N Spring Fling Million 2019: Hey, Buddy, Save Some Dragsters For The Rest Of Us! 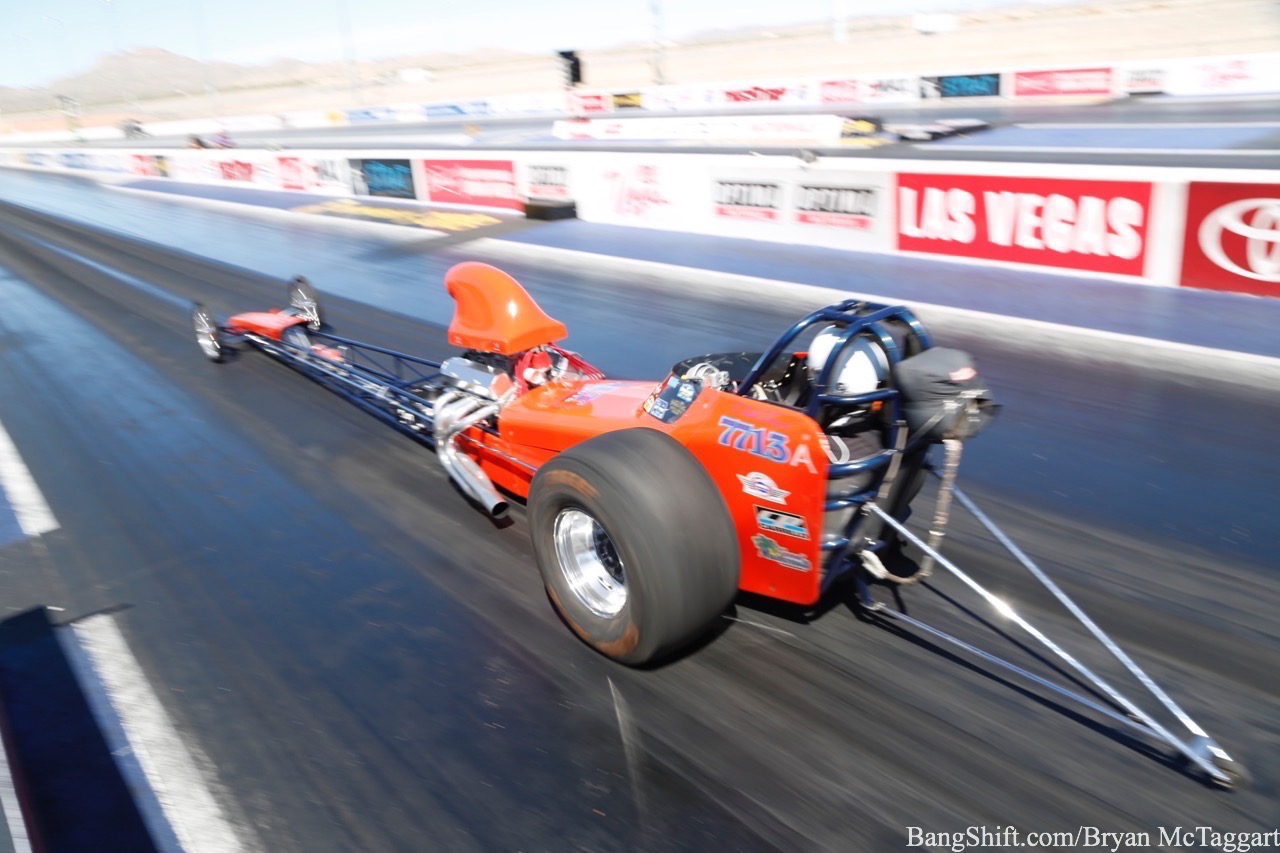 I’m writing this while sitting in the tower as Round Two is moving through on Thursday afternoon. I want to point out one thing about the Spring Fling Million that is absolutely stunning in scope: Round One took six freaking hours to go through! We went live at eight in the morning and I didn’t trade out with Chad until the last dragster went down the strip, signaling the end of the round, at just after two in the afternoon. There are a ton of racers who all want a piece of the prizes and payouts that are available. Even Chad went in and paid for a lottery ticket for a chance to race in the million-dollar event that will go down on Friday. It’s a bracket race and if he had won, he would be putting up a borrowed pickup against the baddest on the property. Shame he didn’t win the raffle, because that would be a show I’d pay money to see.

North Las Vegas just might be the loudest place in the lower 48 right now. Between the jets blasting out of Nellis Air Force Base and the action that is going on here at LVMS, the Red Rock Canyon walls are echoing with plenty of mechanical goodness. And we suspect that the fighter pilots are getting jealous, after seeing the surprisingly low and fast passes the pilots made over our heads this morning while we were setting up! 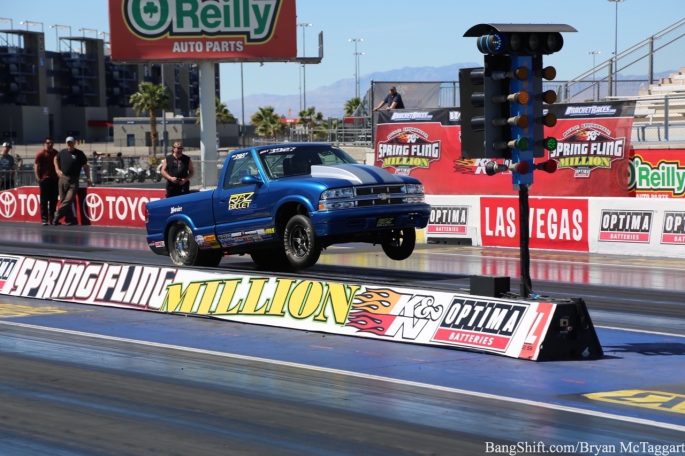 Click on a photo below to check out more of the action from the Spring Fling Million, and if you missed our last gallery, CLICK HERE to catch up on the fun from Las Vegas!

This 1993 Geo Tracker Is A 9 Second Sleeper That Can Hang The Hides And Surprise Some Folks Door Car Or Dragster: Which Perfectly Prepared Bracket Car Would You Choose For YOUR Perfect Bracket Racer?

One thought on “K&N Spring Fling Million 2019: Hey, Buddy, Save Some Dragsters For The Rest Of Us!”