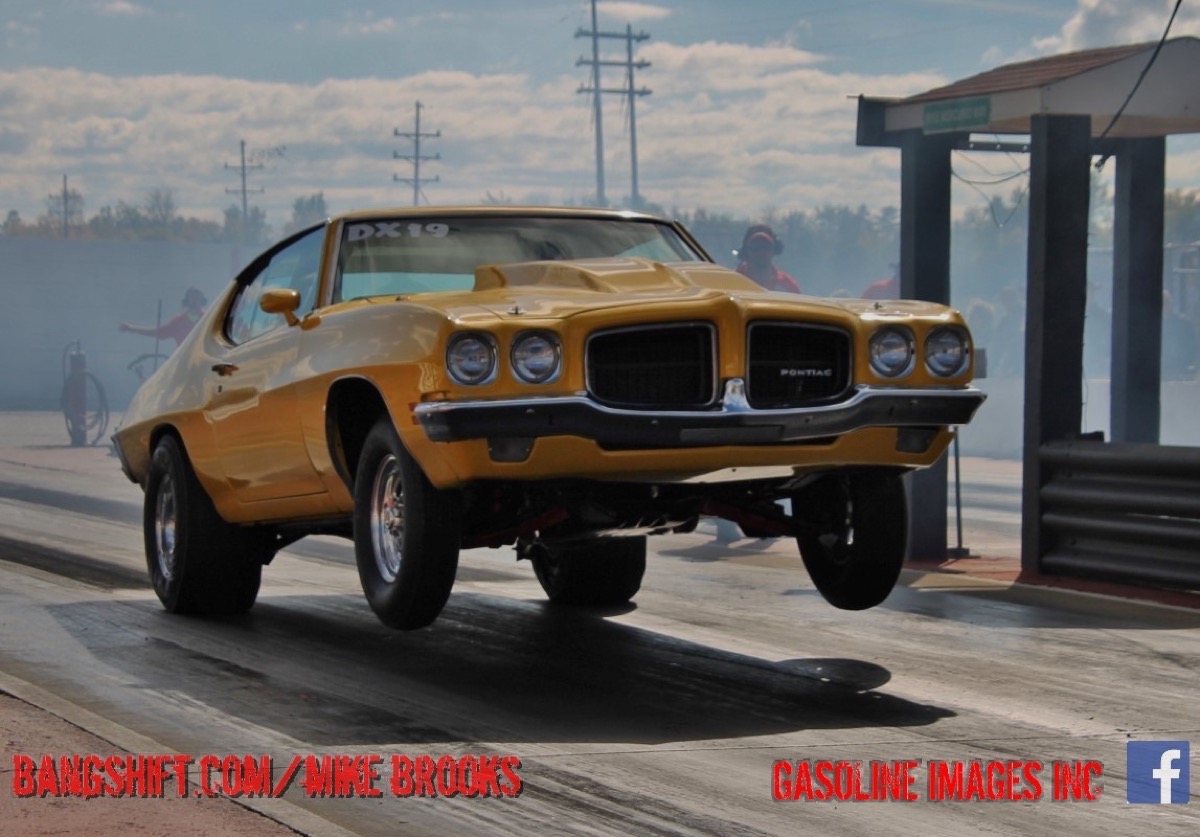 (Photos by Mike Brooks) –  We’re back with more Mike Brooks images from last weekend’s Lancaster National Dragway Pro Mod-a-palooza event which drew thousands of fans and hundreds of cars to the historic eighth mile drag strip that sits about 20 miles outside Buffalo, New York. That part of the country has produced an incredible array of sportsman and pro level hitters that range from Billy Leber to Jim Oddy, Jim Salemi, Dan Fletcher, and a whole bunch more. While the spirits of the drag strip have been up and down over the last few years, it was alive and kicking last weekend with lots of fans dressed for the cool fall temps showed up to see some great action.

Like yesterday, we’re showing you sportsman action here today as we work toward some great pro mod action photos. There’s actually a couple of pro mod style teasers in here. We promise you’ll see the real heavy iron that attacked the track tomorrow. For now, check out these bracket, index, and small tire killers that were a great part of the show as well. The starting line was hooking hard at Lancaster and there are plenty of wheels up photos to prove it.

Look, any track that runs a $2.000 draft beer special, is one hell of a place to hang out on a Saturday, right? Right!