Let’s Go Drag Racing In 1978! This Footage From An NHRA Points Race In Edmonton Rules! 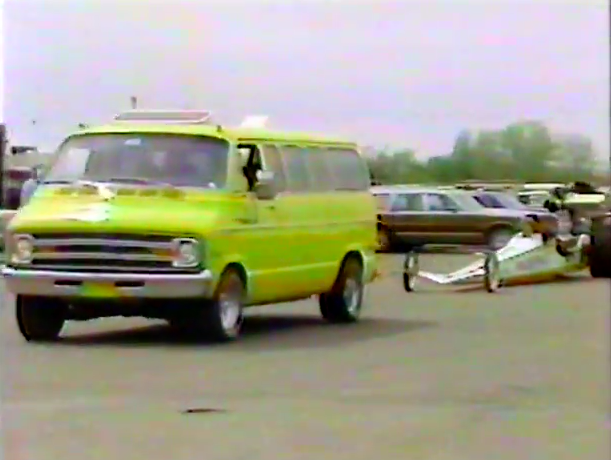 Tube tops, bell bottoms, funny cars, pro comp, and vans. Yes kids, we’re going straight back to the 1970s in this video that takes us up to Edmonton for an NHRA points meet during the ’78 campaign. One of the things casual or new drag racing fans may not remember is that in order to chase an NHRA championship, no matter the class you had to compete at points races as well as national meets to be a factor in the championship hunt. That means top fuelers, funny cars, and pro comp racers were not “booked in” as part of a show back in the day, they were racing their brains out in order to win!

That structure has since changed for the professional classes but the alcohol cars are still tied into the Lucas Oil series which is the section of the NHRA realm that showcases sportsman machines. In this video you’ll see “240 Gordie” Bonin interviewed and you will see tons and tons of awesome race cars. Our favorites? Tough to argue against the cool funny cars of the era or the screaming door slammers but we have to say that the pro comp category was really awesome for its day and by 1978 that day was drawing closer to an end. By the early 1980s the pro comp category would see itself broken into top alcohol funny car and top alcohol dragster.

Lots of fun here and the city of Edmonton is still drag race crazy. The IHRA packed the house every year when they ran their national event at the strip outside of the city. It was always one of the most fun races to call on the tour and I was part of it for years. Now that the IHRA series is all but dead, NHRA sanctions the strip and runs a big National Open meet up there every year.

This is a fun video! Press play to see an NHRA points race in Edmonton circa ’78

One thought on “Let’s Go Drag Racing In 1978! This Footage From An NHRA Points Race In Edmonton Rules!”