Ford Escort. It’s a name that is steeped in the bad memories of 1980s econoboxes for some, excellent little rally screamers for others, but has always stood for one of Ford’s strongest efforts for a useable small car ever since the model was introduced back in 1955. It’s ok, we’ll give you a moment. Yes, the Escort has been around longer than 1967, when the Escort Mk1 was introduced. Prior to the Mk1, the Escort name plate was utilized on a version of the Ford Squire, a two-door, four-seat wagon. Instead of being based on the Ford Prefect 100E, however, it was based upon the lower-priced Ford Anglia 100E sedan that had been in production since 1953. In stock form, it was…well, it utilized a 71.5 cubic inch four cylinder and a three-speed manual gearbox and was recorded  performing a 0-50 MPH sprint in a tick over 20 seconds. 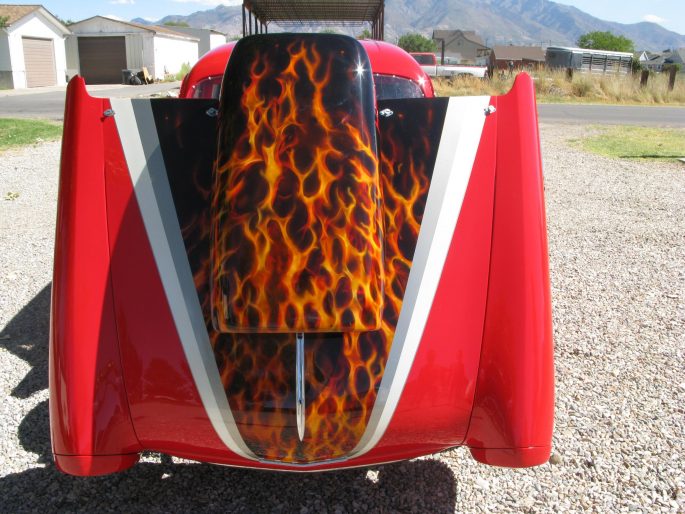 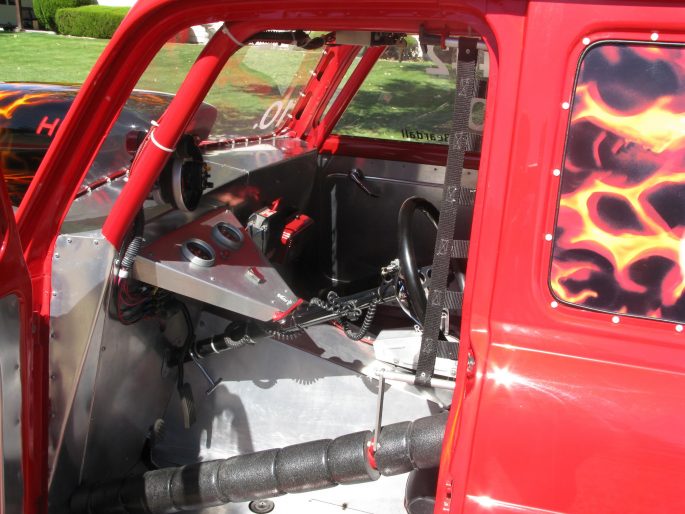 It is safe to say that Phil Beardall’s 1955 Escort is a sight faster than the original versions were. Beardall is a retired machinist out in West Haven, Utah who has built just about everything you see here, only farming out the paint. Built as a race car that saw action in Las Vegas, Salt Lake City and Boise, it’s run as fast as [email protected] MPH in the quarter at 4,200 feet of elevation. We’d crow on about the mostly stock body being all there, but a 1955 Escort was a light thing to begin with. No Escort came with a tilt hood or a 2×3″ rectangular frame with a ten-point cage, a narrowed rack that runs Opel spindles and Art Morrison springs, or the other hand-fabricated components. Nor did they come with a 9-inch that was pulled from a 1970 Mercury Cyclone that was narrowed, fitted with 5.14 gears, Summers Brothers axles or a four-link with coilovers and rear coil springs from a VW Rabbit. More Opel parts are on the rear as well as some Volvo brake parts. The paint work was performed by Don Smith in Delta, Utah, a friend of Beardall. 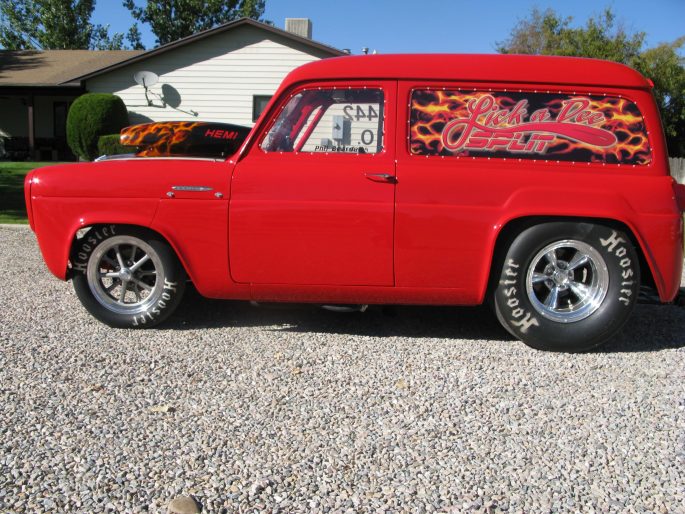 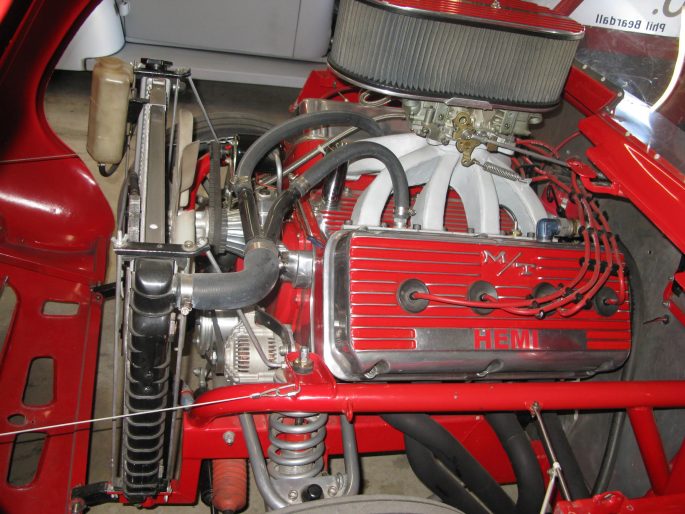 The fun part of this Escort is the 354ci Chrysler that is running heavily modified 331ci heads that have Pontiac Ram Air valves installed. The thump is provided by a Crower solid roller bumpstick, the explosion force is handled by Venolia 12:1 forged slugs and Crankshaft Co. rods, and a stock crankshaft. Mickey Thompson rocker arms keep the valves moving right up top with Smith Brothers pushrods tapping out the time, and a 340 high-volume oil pump drinks from a seven-quart pan before feeding the good stuff around to the rest of the engine. The headers and intake manifold are hand-fabricated by Beardall, as are the adapters that allow for a small-block Chevy water pump and a TH400 automatic that has a TCI transbrake and a 5500-RPM stall converter.

Put together, and what was a very underwhelming little wagon when new suddenly becomes an adrenaline shot best taken in quick doses. Unfortunately, at the age of 70, medical conditions have stopped Beardall’s racing days. They haven’t stopped the gearhead in him, however…he still builds engines for fun, including a recently-finished blown Chrysler Hemi. With the Escort providing maybe a little too much adrenaline for his system to take anymore, the Escort now sees cruise-ins and shows, where it still draws a crowd and brings home trophies. 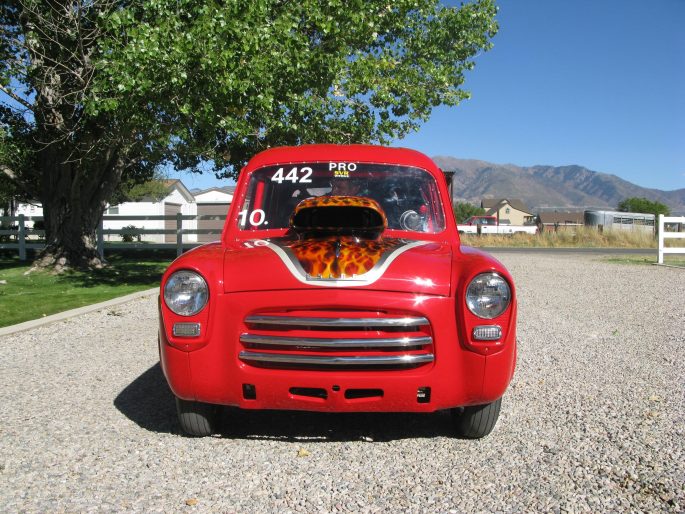 Incredible Video: Someone Built A Turbine Powered Chainsaw And It Works Awesome - See The Guts And See It Cut! KABOOM: Watch This Hot Rodded Nissan Patrol Shred A Tire On The Chassis Dyno