LIVE Streaming Drag Racing From Santa Pod! The Festival Of Power Is ON This Weeekend! 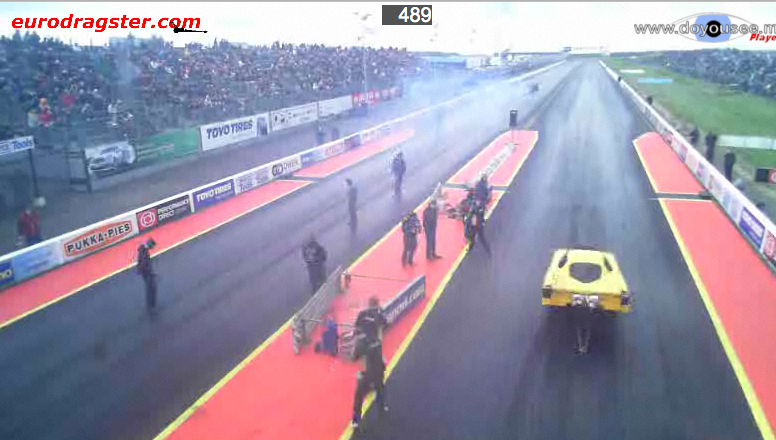 This weekend at the famed Santa Pod Raceway in England, there’s a big drag race called the Festival of Power this event is a pre-cursor to the regular season and lots of the FIA guys use it as a tune up in their pro mods, alky funny cars, nitro bikes, and other machines. Our pals at EuroDragster.com are broadcasting the entire race live via a web cam. You can see all the runs, hear the announcers, and enjoy the seemingly perpetually gray English skies at this time of the year. The weather is cool and the cars are making some great steam.

We think that Andy Frost may be at this event with Red Victor 3 so you could watch Andy to see if he’s able to go even quicker and faster than he already has been. The rest of the world continues to chase Frost on the “quickest street legal car” front and it is a passionate chase. All you need to do is click the image below and you’ll be taken to the EuroDragster.com live streaming web cam from The Pod! Tons of European drag racing fans tune into our shows so now is your chance to take a look into their world!

CLICK THE IMAGE BELOW TO VISIT EURODRAGSTER.COM’S LIVE STREAMING BROADCAST FROM SANTA POD 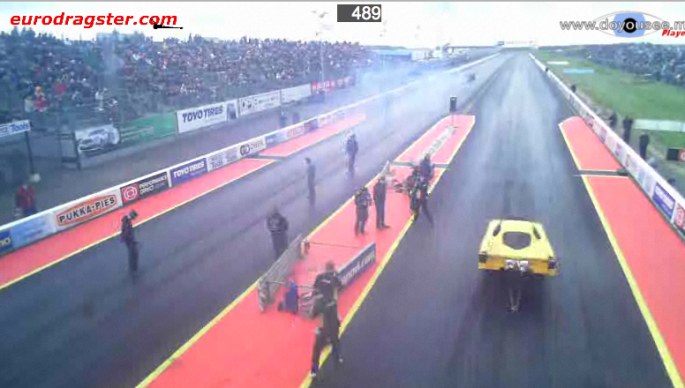 2 thoughts on “LIVE Streaming Drag Racing From Santa Pod! The Festival Of Power Is ON This Weeekend!”