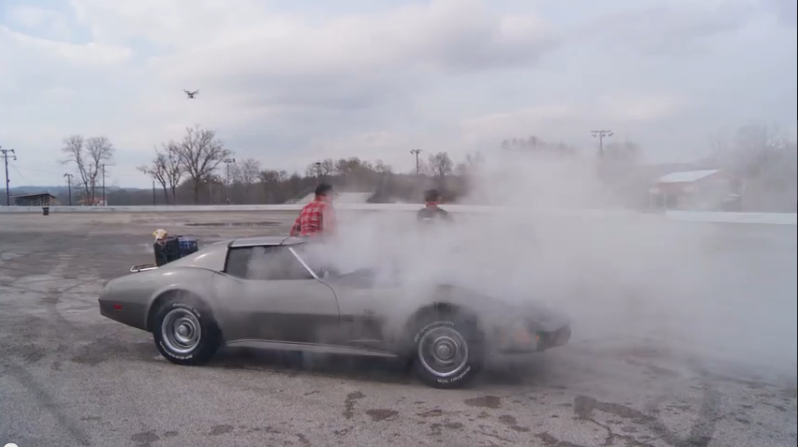 This time on Roadkill, the guys buy and victimize a 1975 Corvette in a quest that takes them from Florida to Kentucky (almost to Las Vegas) so that they can visit the National Corvette Museum, ask to launch said junky 1975 Corvette into the sinkhole, and then tour the Corvette factory. Along the way they break the car a time or two, fix it, and talk about how driving a 1975 Corvette with no interior aside from a couple of Jeep seats isn’t the most pleasurable thing that they have ever done. This video has a celebrity cameo by none other than Don Schumacher, the multi-team drag racing owner of NHRA fame.

This is not the first time that the guys have centered a story around a Corvette and we’re pretty sure that Corvette fans, especially those that like the middle-1970s cars aren’t going to be super enthusiastic about the hate they heap onto this clapped out piece from Florida. It does seem to spin some pretty sweet donuts, though. While this isn’t the zaniest episode that the guys have ever made, we dug the footage from inside the Corvette factory the most. They got a tour (not sure if it is the same tour John Q Public can take or not) that showed them many of the critical points of the assembly process, like the cool “marriage” moment when the body and chassis are united and a car is officially “born”. In our opinion, 20-solid minutes of car guy fun from Finnegan and Freiburger!

PRESS PLAY BELOW TO SEE A TALE OF SINKHOLES, JUNKY CORVETTES, DEAD CORVETTES, AND DONUTS OF THE AUTOMOTIVE TYPE –