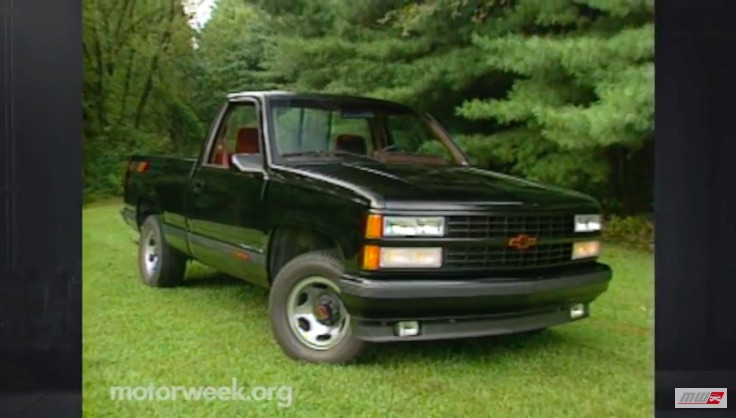 When it comes to things that we wanted as kids, specifically 10-year olds, the 454 SS Chevy truck was pretty high on the list. It was really the last time GM would use a big block in any sort of performance application and as we were still too young to understand stuff like TBI and peanut port cylinder heads, we figured it was basically a 1970 LS6 Chevelle reborn with a bed. Oh how wrong we were.

The 454 SS was a valiant effort by Chevrolet to offer something of a counter punch to Ford’s F-150 Lightning performance truck that was doing well and had kind of created the idea of a full size high performance pickup truck. Using the same formula that made the muscle car era work, they shoved a big block into the lightest possible Chevy truck one could buy. A short bed, two wheel drive truck.

The only downside of this thing was the very calling card of its existence. The 454 was nothing like it was during the muscle car age. Yeah, it made OK torque, but the thing didn’t even make 300hp and yes, it made respectable numbers for 1990, its performance was blown into the weeds by, well, everything in just a few short years after it hit the market. 7.7 seconds to 60 and 15.9 through the quarter mile are not embarrassing but they aren’t great either.

The sucker got 10mpg around down and 11 on the highway. That was not good then and it is not good now. Now, all this being said, the engine is one aluminum head swap, set of headers, camshaft, intake, and Holley away from doing exactly what you would have wanted from the day it was new.

These trucks are still cool but this was a cold, hard reality check on their actual performance.

SEMA New Product: Blueprint Engines New 302 Block Is The Answer To Your New Small Block Ford Build Watch An Austrian Blacksmith Use A Drop Hammer Built Hundreds Of Years Ago