Mad Science! A Drag Racer Sliced And Diced A Pair Of LS Heads, Stuck Them Together And Mounted Them On A Ford Inline Six 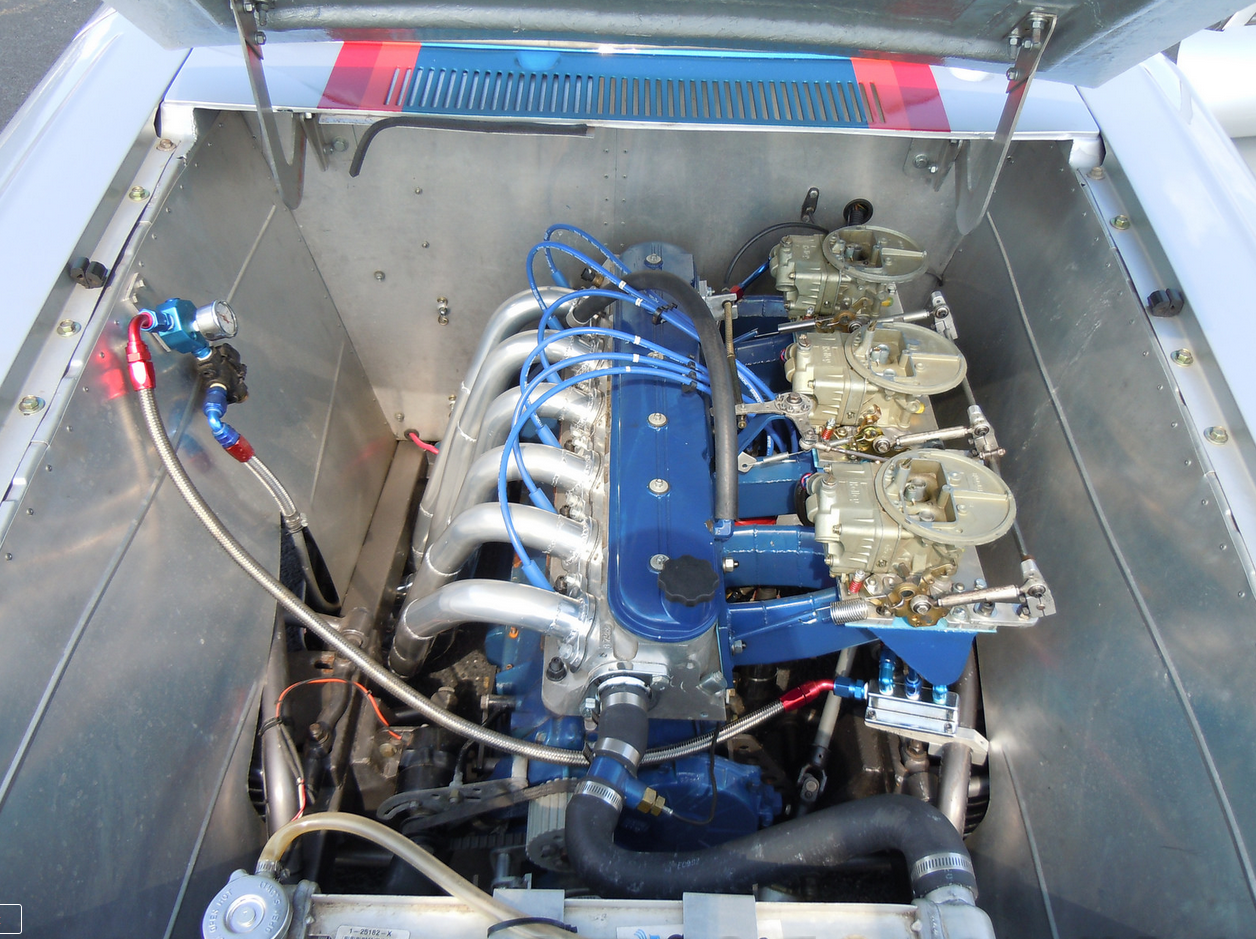 Now this is really something! A short while back, a thread popped up in the BangShift forums about a racer who had taken a pair of cathedral port LS Chevy cylinder heads, shortened them by one hole a piece and attached them together. The single head was then bolted on a 300ci inline six Ford engine that powers a drag car. It seems like an impossibility, but it really exists and while we have not spoken to the owner/builder yet, we wanted to share a little of the story and some photos of this very, very awesome idea.

It is not totally unheard of for guys to modify and meld V8 heads together for use on an inline six engine. Ford and Chevy guys have done this stuff for a long time but they mostly stay with their own brand. Ford heads on Fords and Chevy heads on Chevy engines. What makes this so awesome is the modern head on the older engine and the fact that it is from a completely different manufacturer. Why wouldn’t the racer use a set of Ford heads on this engine? The main reason is that the valve order on the 300 is different than a Ford V8 so using a typical Ford V8 head would require a custom cam that would operate the valves in the proper sequence. Without that we don’t even need to tell you that disaster that would result. We believe that is the main reason he went with the LS. A standard grind cam can be used and all of the valvetrain stuff would be happy.

How did he attach the heads you ask? Basically he milled an end of each one and then “glued” them together with very strong epoxy. Apparently he also added a plate of some sort to control water flow between the two halves which was also epoxied in place. From what we have read, the car runs and the driver has made laps but there is some internal leakage between the heads that needs to be addressed in order for this to be a “finished” product. You’ll notice that the racer also custom built an intake manifold with three 2bbl Holley carbs hanging off the end which looks really, really neat.

Inline six enthusiasts are some of the hardest core hot rodders in the universe. We showed you the video earlier this week of the car in Argentina screaming its guts out at like 10,000 RPM and making some big snot, then there’s this thing which is beyond awesome as well. Since the beginning of hot rodding there have been enthusiasts making inline sixers run hard. Companies like Wayne made crossflow cylinder heads that really woke up inline engines and cars sporting inliners can be found in drag racing’s competition eliminator category extensively along with many other forms of racing. Companies like BMW literally built empires on the strength of their buzzin’ half dozens.

We’re going to keep looking for the dudes behind this creation and hopefully bring you a much more detailed account of what they went through to bring this completely 100% BangShift approved creation to life. We want to know more…do you? 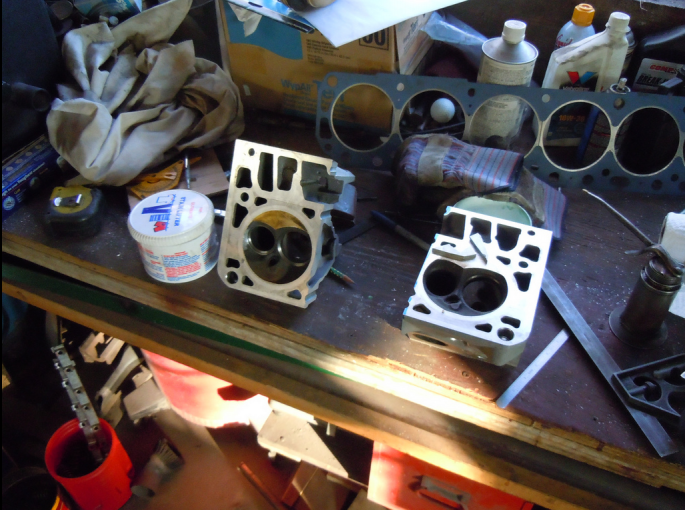 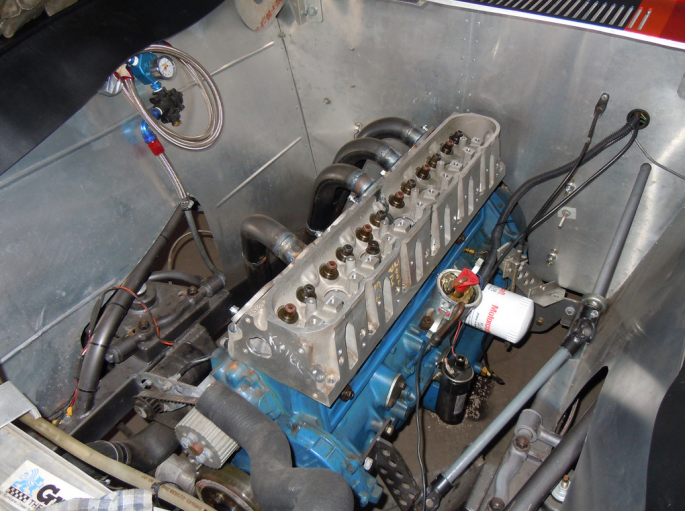 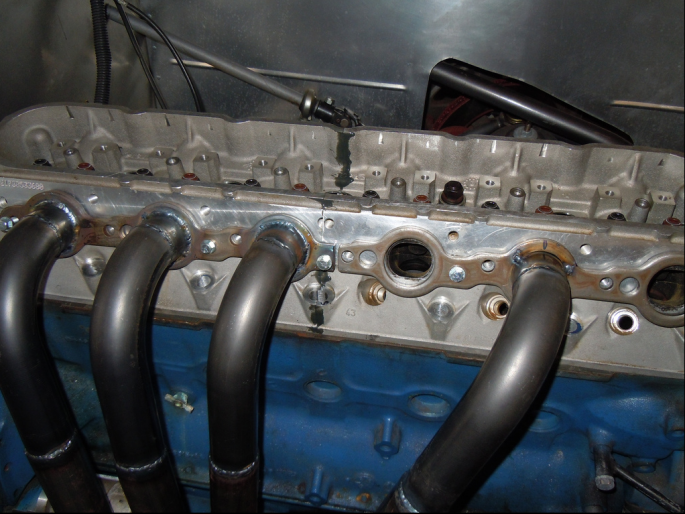 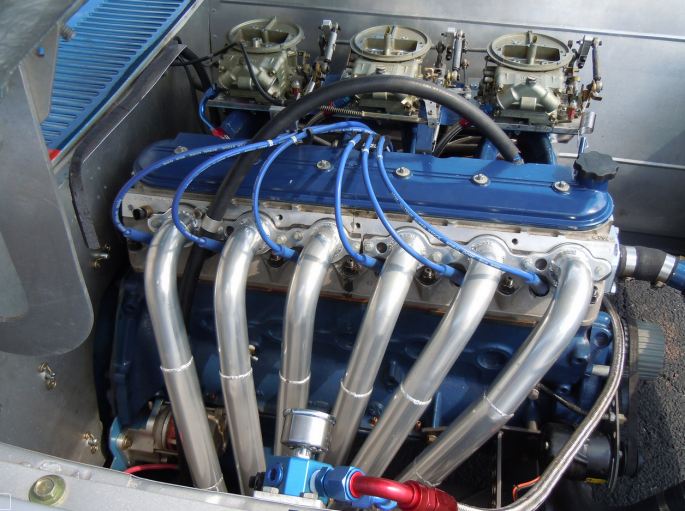 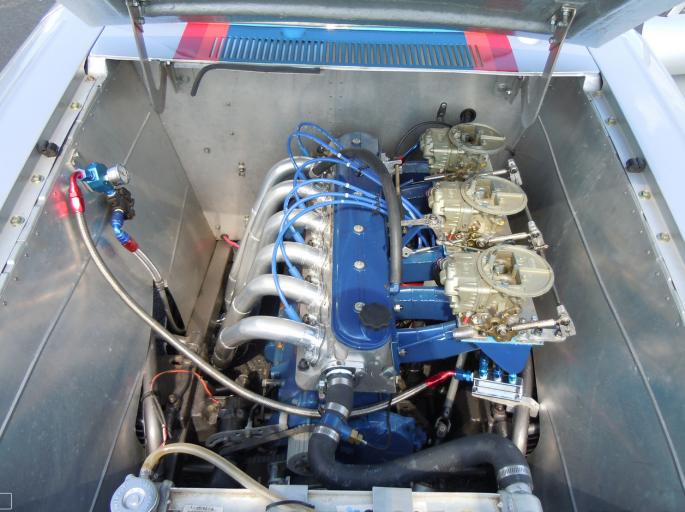 Video: This Old Italian Mechanic Finds, And Restores, The First Porsche Ever Built This Little Kid's Reaction To Drifting Around In A Car With His Dad Is Flipping Awesome

42 thoughts on “Mad Science! A Drag Racer Sliced And Diced A Pair Of LS Heads, Stuck Them Together And Mounted Them On A Ford Inline Six”