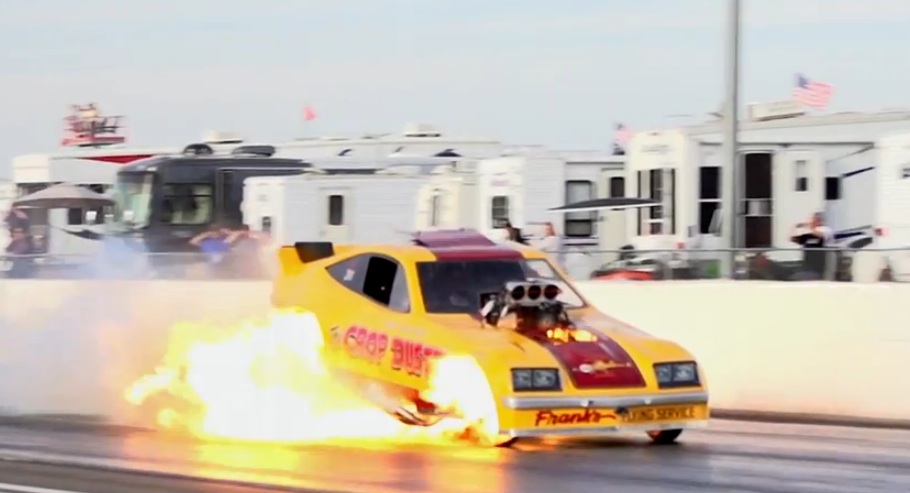 Well Les Mayhew has finally gone and done it. Seriously, this guy has really gone and blown up the neighborhood. What do we mean? Mayhew produced and released a feature length and feature quality film about the 2014 March Meet at Bakersfield, California and we’re pretty sure it is the best piece of drag race filmmaking on this scale that has been done in decades…because it has been that long since someone attempted something of this scale. Damn is this thing good.

The time and work that went into creating this film has to be incredible because the simple act of just sorting out all the footage from multiple cameras and starting the process to build the story would be enough to swamp many seasoned filmmaking veterans. Then there is the selection of the music, the dubbing of the audio, and again, making it all line up, convey the story, and concentrating on doing that in a meaningful way. The mind reels with what Les Mayhew has done here. It truly is a feat that we’re in awe of. This is his masterpiece and if he has more of these in him, we’re looking at a guy quickly escalating himself to hero level stuff in the drag racing world.

There’s nothing more to say here other than WATCH THE DAMNED VIDEO.