Video: Man Swaps Cummins Diesel Into Late Model Mustang And Takes It To The Dealer For An Alignment – Awesome 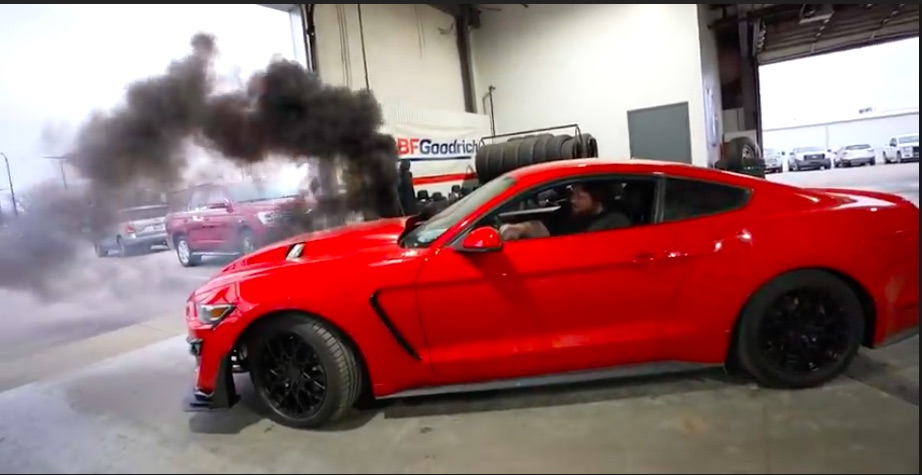 This has to be one of the funniest things we have seen in a while. A dude Cummins swapped a late model Mustang and then drove the thing to the dealer to be aligned. He captured the experience on video and it’s a pretty good watch not just for their awesome reaction but to learn about the car and the project itself. As much as you’d want to think this is some Frankenstein hack job, the car looks like it has gone together in a pretty clean fashion for some guys building stuff for fun. The real story here though is the dealership, in our eyes.

The guys at the dealer were exceptionally cool and welcoming beyond what we would have expected. The service writer guy basically tells the owner that they’ll do whatever he needs them to do while the car is there. Obviously when word gets around the place, the employees all roll out and have to see the car and they nearly choke on their morning coffee when the hood comes up.

This car was build from a wreck and the problem that brought on this dealer visit was the fact that the IRS was way out of alignment with the front end and it was bad enough that the car was almost in a kind of bind going down the road. As you’ll see, the Ford techs get it handled and this thing is now ready for the drags.

Will it be fast?

NHRA Insider Podcast: The Comeback Kids - David Grubic and Eddie Krawiec Talk About Getting Back To What They Love This Classic 1974 GMC Sierra Is Squarebody Greatness! Man The Things We'd Do With This Thing!

4 thoughts on “Video: Man Swaps Cummins Diesel Into Late Model Mustang And Takes It To The Dealer For An Alignment – Awesome”