Matt Frost’s Drag Week Nova Project Looks And Sounds Like Serious Business – Will It Be Done In Time? 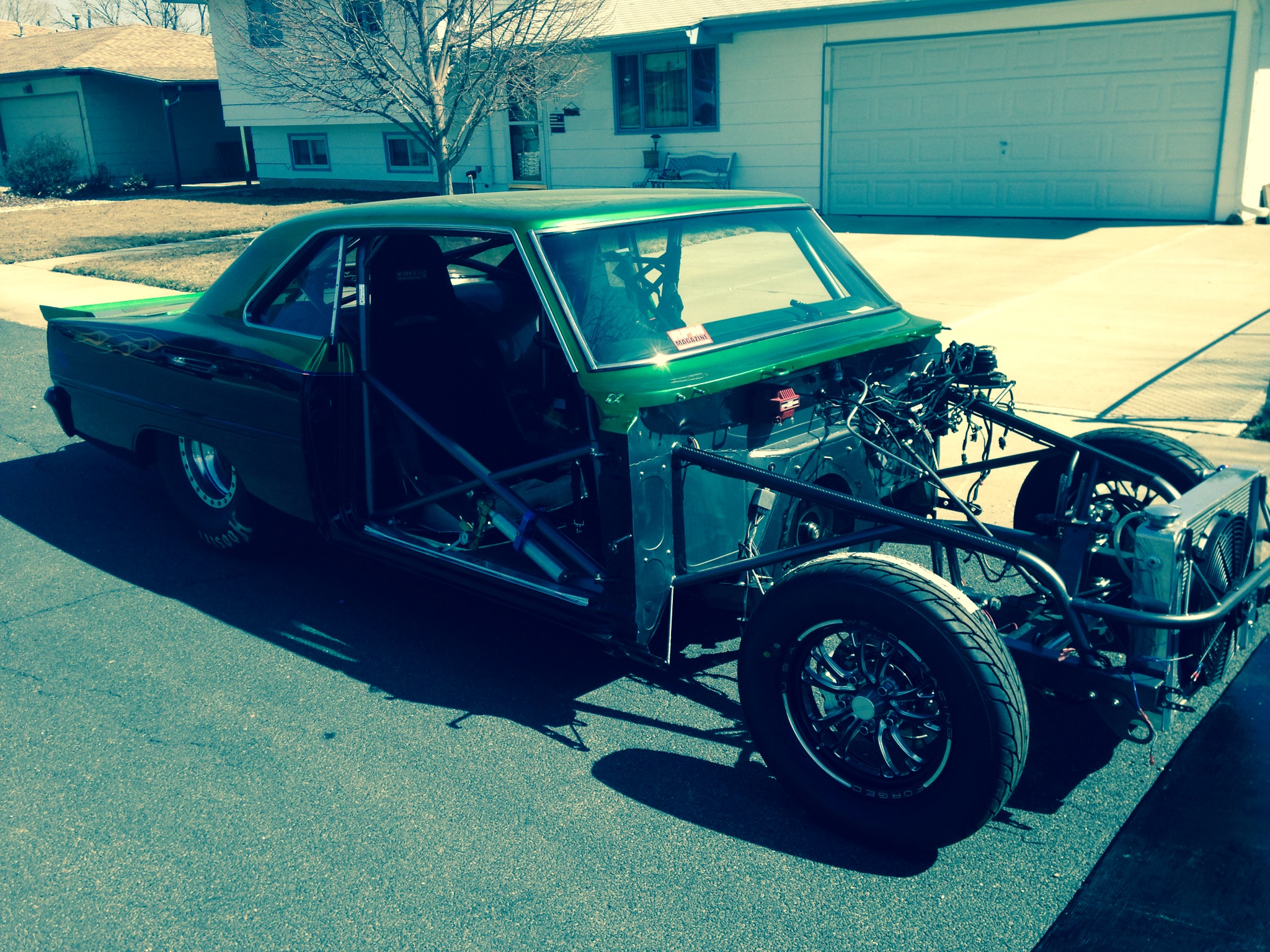 Self described Drag Week fanatic Matt Frost dropped us a quick note and a few photos of the project he is building for Drag Week 2014. The car is a late first generation Chevy Nova and the story of this project escalating is familiar to many racers that compete in the hardest core drag racing event the world has ever seen. See, Matt said the car was going to have a nice little twin turbocharged small block in it but after looking at the current state of affairs at Drag Week he decided to step up the power program slightly by going to a Big Chief headed, twin 88mm turbocharged 632 big block instead. This is an engine combo that (in theory) should provide the level of umph necessary to shove the light looking Chevy deep, deep, deep into the sevens or even into the six second zone. Although Matt did not specify his class, we’re taking a guess that it is unlimited judging by his engine choice and the few photos of the chassis you’ll see below.

Matt has a bunch of work to do in order to get the car completed and tested before the race but then again so don’t about 98% of all Drag Week registered competitors. As Freiburger has said in the past when greeting Drag Week competitors on the first day, “Welcome to the biggest collection of cars finished ‘yesterday’ you’ll ever be around.” The thrashing element of Drag Week starts months before the event and doesn’t stop until the final gun has been fired on the last day. Matt is a Drag Week freak and he knows this so we’re guessing that he’s spending every waking moment that he can on the car. We hope to see it, along with the other 20+ entrants in the Unlimited category that will (in theory) be populated with a majority of cars capable of running into the six second range. OOGA BOOGA! Good luck, Matt! We hope to shake your hand in Tulsa!

SCROLL DOWN FOR A COUPLE PHOTOS OF MATT’S NASTY NOVA – 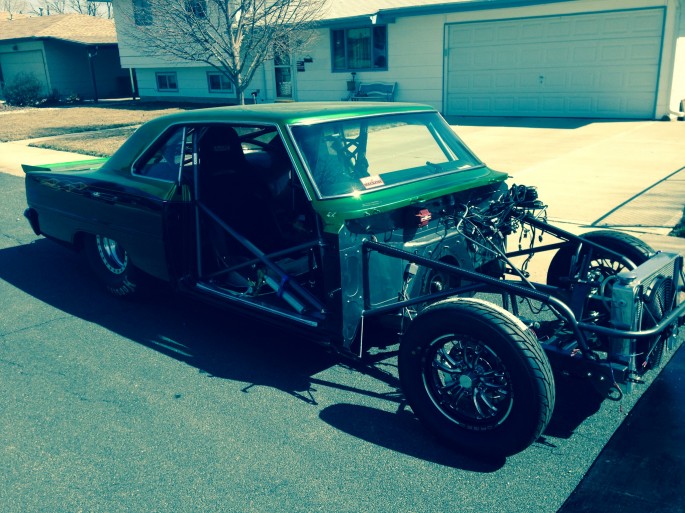 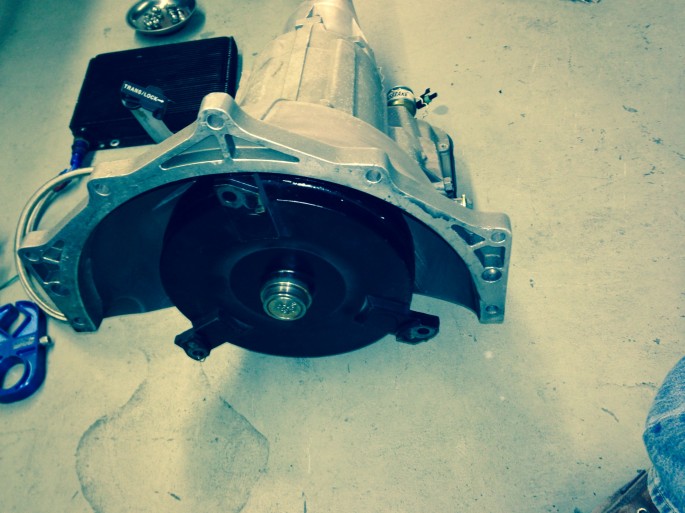 One thought on “Matt Frost’s Drag Week Nova Project Looks And Sounds Like Serious Business – Will It Be Done In Time?”