Meltdown Drags 2014 Coverage: The Coolest Cars, Parts, And Stuff From The Pits (Part 1) 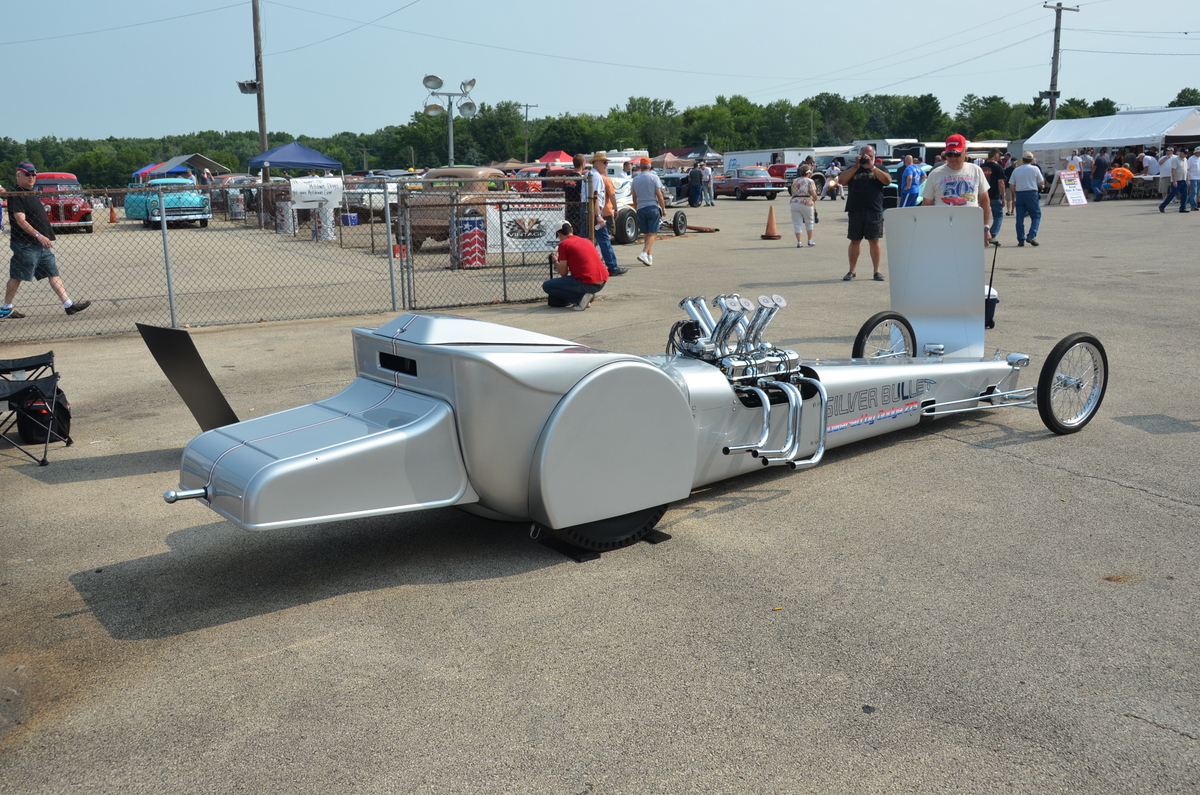 (Photos by Greg Rourke and Bob Chiluk) – As any drag racer or gearhead knows, all the cool stuff happens in the pits. The racing is just a byproduct of the work being done by the owners and crews away from the track. It is the way that they measure themselves and their cars against all other comers. From the wrenching to the vehicles hanging out down there, the pits at the Meltdown Drags were the place to be…and we were there. This is the first of a couple of pit based galleries that we’ll show you from the race and you’ll love them because they combine elements of a car show, a history lesson, and a study in the old time feel and attitude of this event. There were guys helping to get stuff fixed on cars they had never seen before, just because that’s what racers and hot rodders do.

In this first look behind the scenes at Byron you’ll see stuff like the streamlined dragster that is featured above. We’re not sure that it ever ran but it sure is an incredible looking piece that seems as though it launched itself right off the pages of a 1960s magazine right up into our facehole. While there are some rough and ratty looking cars here we wouldn’t say that there were “rat rods” per se. At least not of the awful, cartoonish type. Lots of fantastic stuff here. 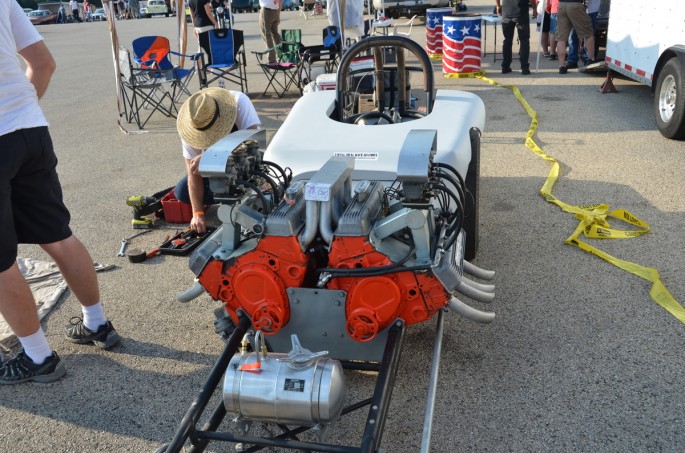 This Incredible, Unmolested 1930s Hot Rod Is For Sale On eBay - A Real Link To Hot Rodding's Past Lions Super Pull Of The South - Unlimited Tractors And Two Wheel Drive Wheelstanding Modifieds - Get Some!

2 thoughts on “Meltdown Drags 2014 Coverage: The Coolest Cars, Parts, And Stuff From The Pits (Part 1)”