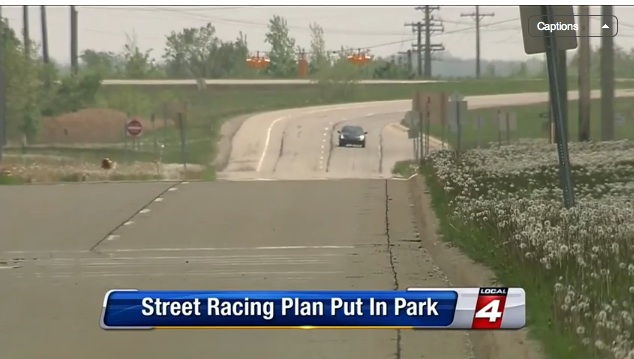 An interesting story came out of Romulus, Michigan yesterday when city officials rescinded on and earlier agreement with the people behind the Street Outlaws TV show due to safety concerns that arose after there was some conflict between what the television production crew told the city government and what a racer told them. Essentially, the root of the issue began when the producers of the show told the city that all of the action was fixed and that there was no “real” racing happening on the show.

Apparently OK with this information (and whatever payment the production company was dumping into the coffers), the use of a country road was granted to be used as the “set” for the filming of said episode. Some time after that agreement was made (again, on the premise that the racing wasn’t racing at all but a fixed situation for TV) a racer piped up and said that as far as he knew, the racing was going to be real and that he had signed a waiver to compete. City officials were quickly spooked by the prospect of promoting street racing on their own streets after maintaining a robust program in the area to knock it out. They also go freaked when the producers version of what the show would be did not lineup with those of the racer.

Shortly after getting word from the people who would be “competing” on the show that they felt it was a legit race, the city pulled the plug on the whole thing saying that it was an activity that they did not want to promote. While we can understand Their change of heart when they thought it was going to be “real” racing going on, we’re not sure why they said yes in the first place, unless it was just too big a pile of cash to say no to….until the potential PR nightmare unfolded and they walked.

This Is Not A Roll Cage! Roll Bar vs. Roll Cage: We Show You What's What. McLeod Racing Offers $10,000 To 100th Female Professional NHRA Category Winner - Very Cool Bonus!