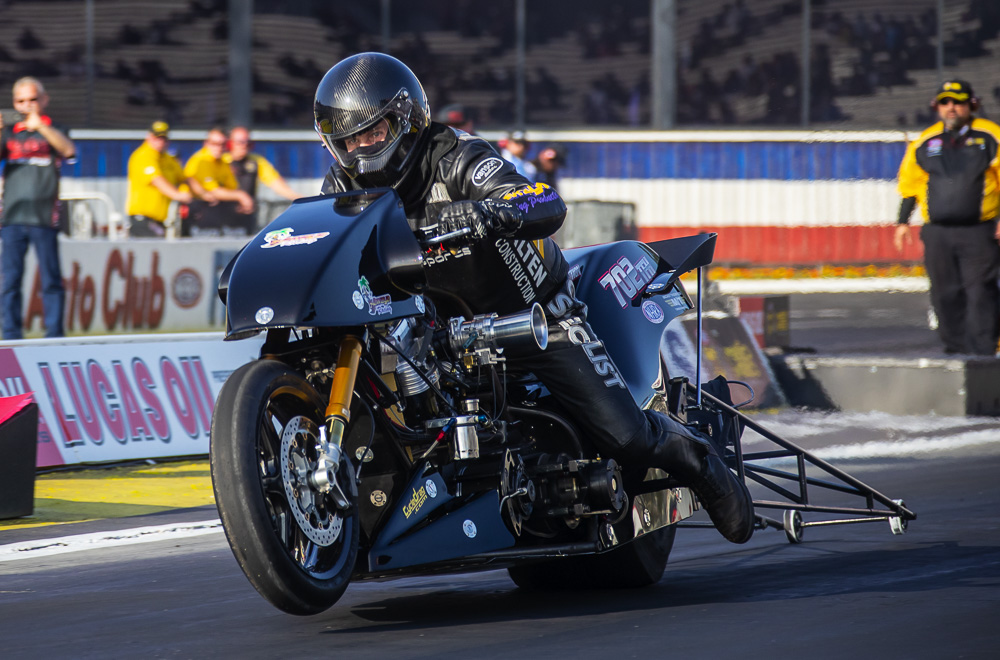 (Photos by Wes Allison) – Things that burn nitromethane fuel are always among the most awesome vehicles to watch at the drag strip, right? Things that burn nitromethane, only have two wheels, make 1,000hp and weigh about 1,000lbs, are damned near close to the top of the entertainment food chain. These images from the 2020 Winternationals show NHRA Mickey Thompson Top Fuel Harley Davidson racers coming off the starting line. Randal Andras of Louisiana won the event on his machine, making a pass in the final that saw him up near the center line and basically laying the bike over on its side to stay in his own lane. He stayed on it but it was hairy as hell!

These are injected nitro burning engines that can be up to 200ci. Some guys run centrifugal superchargers on them and they have to run 170ci. No one has really ever been able to make the blower combo consistent in the world of this class in NHRA. Low RPM, thundering grunt monsters, the fans love these wild things and people who have the guts to get on top of them.

Check out our photos below!

Watch Doug Kalitta Make Top Fuel History By Winning The 2020 NHRA Winternationals - He Is A Machine! Buy A Trailer...And Haul It Around With This 1961 Ford C-700!