Watch Doug Kalitta Make Top Fuel History By Winning The 2020 NHRA Winternationals – He Is A Machine! 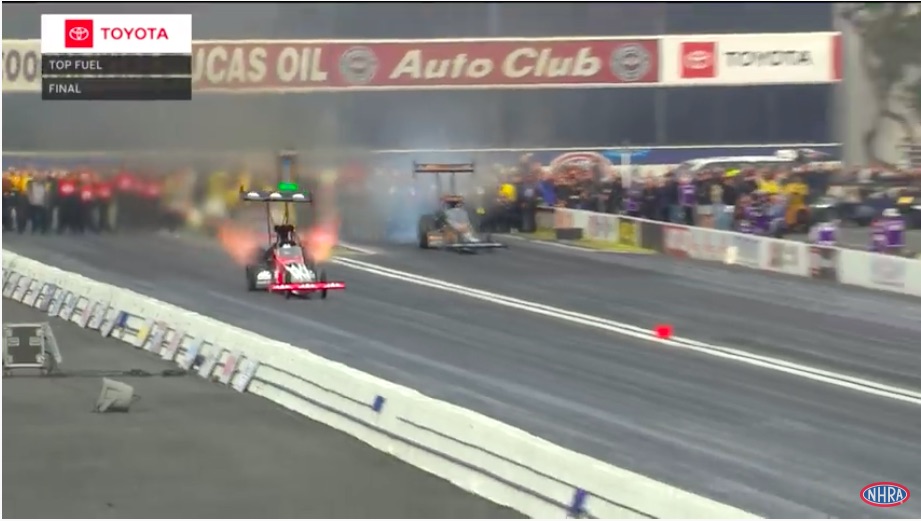 For the third straight year, Doug Kalitta has won the opening race of the NHRA drag racing season. No one in the history of the NHRA top fuel category has won three straight Winternationals titles until now. Even Don Garlits when he was the most dominant racer in the world did not pull this one off. The best part is that Kalitta and his crew did it in the most awesome of ways. Reaction times that included a .036 (to the brilliant .040 of Justin Ashley) and a .038 in the final (next to a tire smoking Austin Prock) cement Kalitta as one of the best or straight up the best driver in the category, again. During his first round win, he masterfully pedaled the car out of tire shake and opened the floodgates for the rest of the day’s great performance.

This once again begins the conversation as to weather or not Kalitta can or will win his first title in the top fuel category. He had been a runner up 5-times. He has lost a title on the very last run of an entire season. He has come closer than anyone else more times than anyone else only to see it elude his grasp. I’ve picked Doug Kalitta to be the 2020 NHRA top fuel champion and if the team can do what it did at Pomona 23 more times (or something close) they will do just that. Say what you will but the crop of drivers in top fuel is as good as it has ever been. Shawn Langdon, Justin Ashley, Austin Prock, Antron Brown, Leah, Brittany, all quality players.

With Steve Torrence rumored to be coming back in Phoenix, it will be interesting to see what the Kalitta team can do in the desert. They certainly love racing in southern California!

Press play to see Doug Kalitta win the 2020 NHRA Winternationals – Is This The Year?

One thought on “Watch Doug Kalitta Make Top Fuel History By Winning The 2020 NHRA Winternationals – He Is A Machine!”