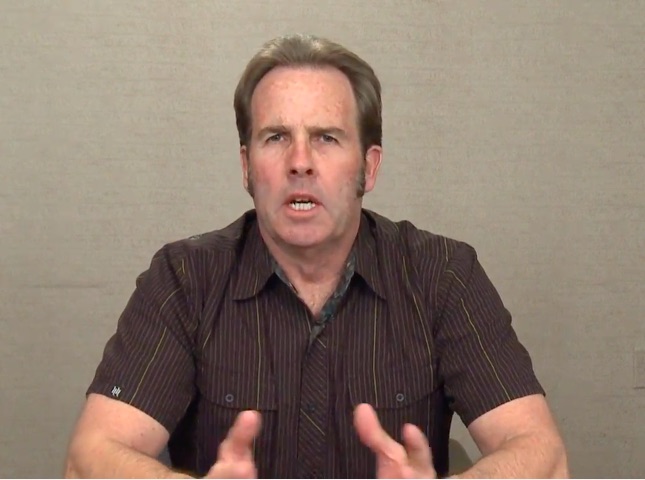 Freshly minted IHRA president Mike Dunn has made his first public statement in the form of the video we have for you to watch below. In it he introduces himself and lets the world know why he thinks that he’ll do a good job leading the drag racing organization. The IHRA has not been shy telling the world that the 2016 season is a bridge that will carry them to the 2017 season which will start to reveal what their intentions are for the organization. As Dunn mentioned from the undisclosed location where this video was made, there’s a “new top fuel strategy” in play and that the series will be running more events and in other parts of the world. He does not go into major detail here but it is good to see him in front of a camera again and clearly he is embracing his new role.

There has not been any mention made as to whether or not Dunn will have to relocate from the Pennsylvania area where he lives to the IRG/IHRA home offices in Jupiter, Florida yet but we’re guessing in subsequent interviews and conversations that stuff will surface.

Because of the way that the company is positioning 2016, it should be a good year for Dunn to get acclimated to the job. He is not being thrown directly into a fire and it will give him an opportunity to build his rapport with the current crop of IHRA racers that compete in the various ranks that the series offers.

We have to imagine one of the strongest points to Dunn’s hiring is his knowledge of the fuel dragster class and after listening in on the IHRA conference call yesterday it seems like that’s the case.

Here’s what we learned on the call:

IHRA’s top division will be called Dragster One, presumably because of Formula One

IHRA is going to create a drag racing “combine” to identify up and coming talent. A point was made to identify minority groups as party of that identification process. Mike Dunn will serve as a mentor, judge, leader role in the national drag racing combine program is sounds like.

IHRA will own two top fuel teams with a goal of attracting six more teams to have eight car fields at their races. Dunn made the point that they’d like to attract existing teams to add cars to compete in this series as opposed to taken them directly away.

CEO Chris Lencheski said that they have developed a plan where a team can earn major profits racing their brand of top fuel. Dunn said that a team could spend 1.5 million to run their series and then earn 3-4 million back.

The subject of the World Series of Drag Racing was broached and Lencheski said that the race “needs a lift” but he did not commit to any specifics about what that lift would be. Again, we have heard that the lift will be a move to Memphis.

Lencheski said that the company is in the “business of buying tracks” at one point. He also said that IHRA is a drag racing “lifestyle” company and that there would be much larger emphasis on digital audience than a traditional television audience.

Lencheski said that there is a 68 page plan for all of the things that will be implemented.

Skooter Peaco spoke and said that the emphasis on sportsman racing will remain strong and additional emphasis will be placed on working with member tracks and member track programs.

Here’s the full statement from the International Hot Rod Association –

IRG Sports + Entertainment™ (IRGSE), proud portfolio company of TPG; parent company to the International Hot Rod Association™ (IHRA); one the fastest-growing professional racing circuits globally, today, announced that Mike Dunn has been installed as President of the IHRA organization in advance of the complete reorganization of the company and its various operations. Dunn, one of the most successful drivers and team organizers in the history of motorsports, joins the IHRA after spending the last 14 years as the face of major league professional drag racing for ESPN.

“We welcome Mike Dunn, one of the most respected figures not just in drag racing but in all of motorsports, to the IRGSE family of companies and specifically the IHRA as we begin to reshape the entire organization; Racing Operations, Television and Digital, Licensing, Track and Individual Membership and a newly developed Team Ownership Sponsorship Business Unit into a first class motorsports and entertainment platform. The future of the IHRA intends on delivering the world’s fastest race cars, in important automotive manufacturer influenced global markets, as a platform for growth in the important 9-19 socially active generation Z consumers, while re-igniting the platform of our traditional drag racing consumers with new investment and engagement,” said Vice Chairman of the Board and CEO of IRGSE, Chris Lencheski. “Mike has been a part of the most memorable moments that this sport has ever seen, and we are excited to have his expertise as a winning driver, businessman and influential media member to help lead us forward.”

“I welcome this new opportunity after so many years in a race car and in front of the screen at ESPN,” Dunn said. “I think the vision that IRGSE and the IHRA is pulling together fits a younger and engaged fan base that loves action, speed and the personalities around those elements. I am looking forward to working with Chris and the entire IRGSE family of tracks and properties, the current drivers, the current race teams and the traditional IHRA tracks and all fans of this great sport to get things moving forward quickly.”  Dunn added, “The IRGSE Board are committed to the their decisions and vision for drag racing into the future but are staying flexible in their approach to teams, markets, promoters, media and sponsorship. I think they may have the best vision to come along in Drag Racing in a very long time and I am excited to be a part of the leadership team.”

Dunn is one of only four drivers to ever win 10 or more races both Top Fuel dragsters and Funny Cars, joining fellow legends Don Prudhomme and Gary Scelzi and six-time world champion Kenny Bernstein. The son of Hall of Fame Drag Racer “Big Jim” Dunn, Dunn began racing just before he turned 20 in 1976. The following year he earned his Funny Car license before taking a job as a crew member for legendary car owner Roland Leong and working for him until 1980.

Respected by his peers for being a mechanic as well as a driver and for always getting his own rides and consistently producing, Mike has forged a solid career and ranks among the most prolific drivers in fuel racing history with 22 NHRA national event victories. In 1987, the Southern California native obliterated Funny Car’s 280 mph barrier, setting the National Speed record in Dallas, Texas and enjoyed the best season of his career in 1991, finishing third in the final points standings. In 1999, Dunn received one of his greatest honors: selection as Car Craft Top Fuel Driver of the Year, an award that in the past has gone to greats of the sport “Big Daddy” Don Garlits and Shirley Muldowney.

He left competitive driving in 2002 joining ESPN telecasts for the NHRA Drag Racing series, a position he held until leaving last fall.

The current 2016 IHRA Drag Racing Series is serving as an interim year between the current format and the restructuring format which will be announced throughout the 2016 season. The 2016 Competition Schedule begins at Orlando Speed World Dragway (Orlando, Florida) with the AMSOIL Spring Nitro Nationals on Friday, March 4, 2016. Highlighting the 2016 schedule will be stops in: San Antonio, Texas; Grand Bend, Ontario; Edmonton, Alberta; Martin, Michigan; West Salem, Ohio and Budds Creek, Maryland. The full schedule can be found at http://www.ihradrs.com/schedule/.

Watch The Awesome Leggin' It 1965 Barracuda Make A Run At The Meltdown Drags Watch A Mustang Pull A Power Wheelie At The Eighth Mile On Ice During The Merrill ICE Drags!